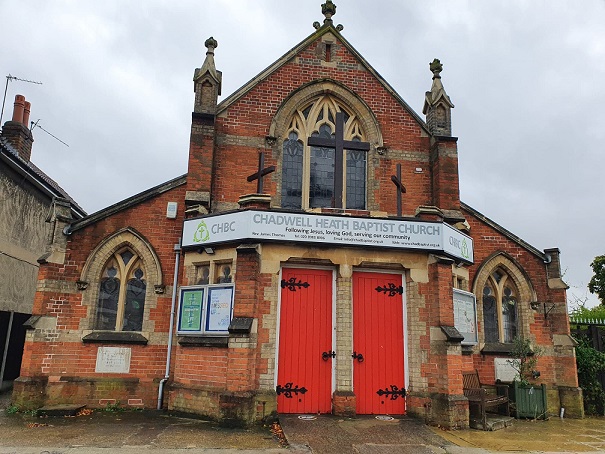 London: A Muslim man disgusted by the three crosses atop of Chadwell Heath Baptist Church in the London Borough of Barking and Dagenham, decided to rip off the crosses from the church building on Sunday. Not long after a church service had been held and while parishioners were still in the building.

In broad daylight some time before 2.40pm the incensed and enraged man can be seen placing his coat over the cross and levering ot till it snaps and is removed from the roof of the church.

After the cross cracks and is dislodged he later throws the cross to the street in an act that was both dangerous and laced with religious hatred. Here is video published by Scarcity Studios:

Police officers who arrived on the scene at around 2.40pm after being contact by many concerned residents then arrested Yusuf Allwali (19 yrs) who is a former resident of Basildon and is now of no-fixed abode.

In a press release, Barking and Dagenham Police wrote:

"We are aware of a video circulating on social media of a male causing damage to a religious premise on High Road, Chadwell Heath.

"A male has been arrested and the matter is being investigated.

On Monday the church issued a statement:

“The person seen was not part of our church. We are thankful no one was hurt and do not want this to affect our ministry.

“We continue to pray for everyone in Chadwell Heath and will do our best to serve the community now and in the future.”

Initially Yusuf was charged with criminal damage but after more careful consideration a charge of racially aggravated Criminal Damage was heard at Barkingside Magistrates Court, yesterday.

Magistrates were advised by the clerk of the court that die to the racial undertones they would not under the jurisdiction of magistrate’s courts to make a decision due to the sentencing and nature of the offence.

The prosecution have maintained that there have been ongoing concerns regarding Yusuf, though he himself has not yet submitted a plea and simply gave his name and address to the court.

Leading Magistrate Gillian Seabright advised Yusuf that he would be remanded in custody and that the case would now be heard at the Crown Court. The next hearing is scheduled for 18th November at Snaresbrook Crown Court. BACA will have a representative there to see how this case develops.

Many local people feel that the crime is an act of terrorism and have expressed fear at the increasing extremism in the east London Area.

In 2017, it was discovered that a gym in Ilford, was a training centre for the Jihadi trio of attackers involved in the London Bridge Terror attack.

The same year, in Ilford, a man who had left Islam complained of persecution.

In 2019, The Independent wrote about the regrowth of al-Muhajiroun an extremist group founded by Anjem Choudary.

"The frequency of extremist acts in the UK is alarming.

"There is clear evidence of an increase of the subscribers to fundamental Islam and that is dangerous.

"With the police distracted by COVID-19 breaches and regular crime which has increased since the lockdown was eased, has left Britain vulnerable to Islamic extremism.

"Though the forcible removal of a cross from a church can be regarded as a minor issue, it resonates with evil malice.

"Left unchecked the hatred will grow and result in a proliferation in acts of violence and terrorism and will polarise our relatively peaceful communities.

"The prevent strategy is not working and a more robust system to discourage and prevent extremism is needed to bring peace to our nation." 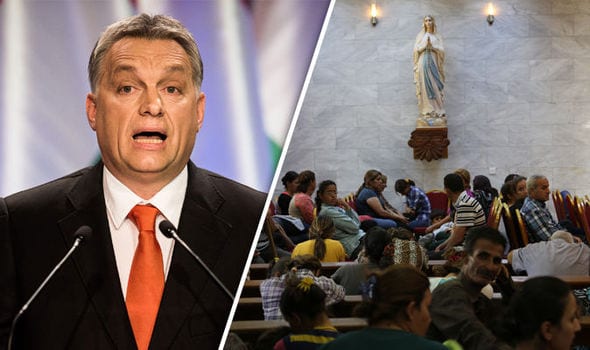 BUDAPEST, HUNGARY: (BosNewsLife) Hungary, where believers suffered under communism, has praised “the Trump administration” for raising 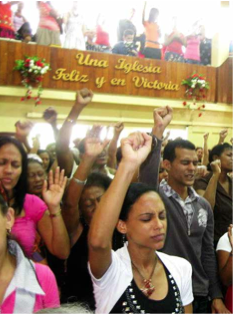 HAVANA, CUBA: (BosNewsLife)– A group of Pentecostal Christians in Cuba’s second-largest city is without a place of worship after securi 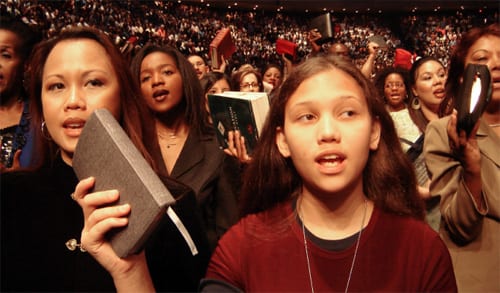