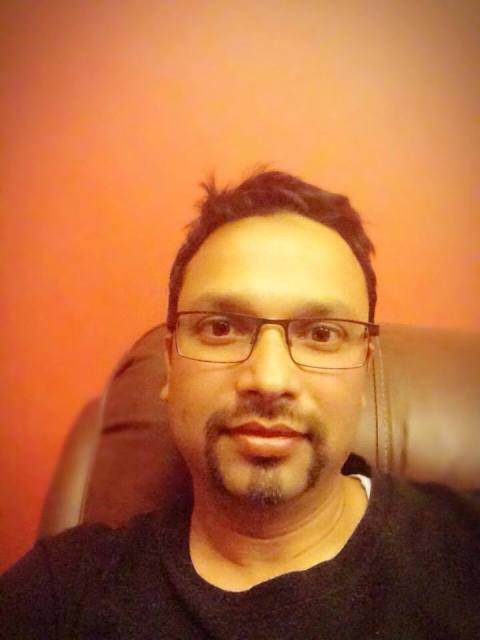 BIRMINGHAM, UK: January 4, 2019. (PCP) Pak-Christian threatened with deportation bailed out after Christmas in detention needs asylum in the UK to avoid persecution in Pakistan. Asher Samson (41 yrs) spent Christmas 2018 in detention two hours away from his British relatives. The Birmingham resident was set to be deported by the Home Office when he was detained without notice on 26th of November during his regular sign in with authorities. Mr Samson was held in Morton Hall Immigration Removal Centre in Lincolnshire until the 27th of December when he was released on bail after a court hearing. His case is ongoing and supporters are appealing to gain not only a reprieve, but a resubmission of his asylum claim due to the ineffective processes implemented by the Home Office.

Mr Samson's brother-in-law Neil Walker said: "Celebrating Christmas was very difficult and subdued for us this year knowing that a member of our family was detained."

Asher Samson, a Pakistani Christian living in Birmingham, originally came to the UK to study theology. He is now being threatened with imminent deportation by the Home Office.

Mr Samson sought asylum in the UK after being attacked and repeatedly threatened with extrajudicial killing by extremists on a family trip back to his hometown, a city called Abbottabad in January 2007. Extremists targeted him because of his work and profile as an assistant pastor prior to starting his studies in January 2005, and his family history of Christian ministry in the wider Hazara region of Northern Pakistan. (click here)

Mr Walker further explained: "Because of Home Office Administration processes, it has taken over 4 years from Asher’s original asylum claim to have his first-tier immigration and asylum hearing earlier in 2018.

"During this delay, he has been unable to work and earn a living. The upper-tier Immigration and Asylum judge saw no reason to depart from the judgment of the lower tribunal judge in February 2018 and therefore refused an appeal hearing.

"The lower tribunal made a decision on the basis of the Home Office policy and country report which understates the threats to Pakistani Christians in general and particularly the threat to those involved in Christian ministry.

"The Home Office closed his asylum claim despite having not responded to all our more recent submissions and communications which included additional evidence.

"I believe Asher needs to be able to open a new asylum claim at this point and that deportation to Pakistan will threaten his safety."

Abbottabad, Pakistan was the location of Osama bin Laden's secret compound where he hid until being caught by American special forces. Extremists have a tight network all over Pakistan being well connected on social media are prepared to spread the word about anyone they are wishing to target.

Forcing him to return there puts him in grave danger and as recently as this month two Pak-Christian brothers where sentenced to death on a charge of blasphemy for which they had initially fled the country. The grievous harm that comes to returnees is therefore very real.

Mr Samson now has no immediate family in Pakistan and his close family members including his widowed mother are now residing in either in the UK or in New Zealand. Returning an individual to a life of loneliness away from his relatives especially in a Pakistani context is unreasonable and outside of the scope of basic human compassion.

Asher Samson, said: "I am living with what the Home Office calls a 'hostile environment', totally dependent on my UK family for everything. I feel that my life is being wasted."

Mr Samson described his feelings of despondency as like being ordered to live in a cage, and further explained: "At my age I should be able to look after myself and my family. I feel shame that I am not free to travel, as every night I have to remain at the same family address.

"I cannot do any work, even voluntary work. I am required to travel every Friday to Home Office for sign in. I am dependent on my UK family to pay for the cost of travel."

Restrictions due his immigration status while undergoing the long process have meant that he has been unable to continue work or study. Mr Samson has the support and well wishes of a local church and family ties in the UK that no longer exist in his country of origin. According to news reports Reverend Lorraine Shorten, who has known Mr Samson and his brother Aamir for 15 months and is pastor at their church of 10 years, said he was a “well-thought-of” member of the community.

Mr Chowdhry said: "BPCA has been working behind the scenes and making inquiries about the case and hope to speak further with the Home Office in the coming week. We are very glad that he has the help and assistance of his local community and impressed by their efforts for him, but many asylum-seekers do not.

"It is difficult to fathom, that after all the visible rage and hatred expressed over Asia Bibi's acquittal and another two Pak-Christian men who had tried to leave the country for their safety but then had to return who are now being sentenced to death for blasphemy, that the Home Office could imagine deporting a Asher Samson or any other Pak-Christian in his predicament.

Mr Chowdhry further expressing his concern about the Home Office's refugee assessment policy for Pakistani claimants, said: "We have requested a meeting with the Home Secretary to discuss a review and update of the current UK criteria on persecution of Christians in Pakistan.

"This UK policy is fundamental to getting justice not only for Pak-Christian asylum seekers here in the UK, but those in places like Thailand as the UNHCR will often look to Great Britain for leadership in research and policy.

"When there is neglect in this area many people suffer and we as a country cannot just wipe our mouths and say that we have done no wrong.

"Due diligence is fundamental to justice and we are encouraged by the Foreign Office's call for a review into the Global Persecution of Christians. However, there is already a significant amount of research that is available which been ostensibly ignored when developing the criteria for Pakistan - this ignorance simply has to be curbed."

Asher Samson requires the intervention of the public to help politicians find their humanity and good sense. Friends of Asher Samson have started a petition and BPCA encourages our readership to sign in support. Please be aware that any money given through Change.org is for the Petition service itself and not to the campaign that is being petitioned.