NPP pays rich tributes to Sarhadi Gandhi on his birthday 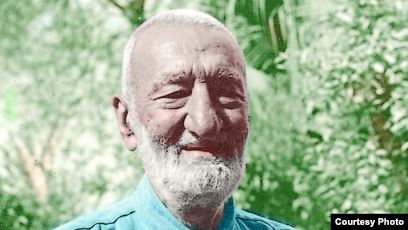 New Delhi: (PCP) Abdul Ghaffar Khan was a Pashtun freedom activist who fought against the British occupation of India. Popularly known as ‘Bacha Khan’, he was also a political leader of importance and a spiritual leader known for his philosophy of non-violence and pacifism. A devout Muslim, he was a very close friend and ally of Mahatma Gandhi, which also earned him the sobriquet of ‘Frontier Gandhi’.

Sarhadi Gandhi was a great friend of Indian leadership and the leadership in India always offered him medical care in New Delhi. It was in 1975/76 when Sarhadi Gandhi was admitted in All India Institute of Medical Sciences (AIIMS) when Bhim Singh met him and offered flowers for his great contribution towards peace and growth of humanism in the sub-continent. His death in January 1988 gave a great shock to all peace-loving people in the sub-continent.

In a special meeting was held this day in New Delhi at the Headquarters of National Panthers Party where several political activists, advocates, trade union activists participated to remember one of the greatest global leaders who fought all his life for the Indian independence from the British rulers and refused to compromise with the partition of India. The Panthers Party hoped that the Ministry of Education and Information may go for a special programme/syllabus to include the contribution made by Abdul Gaffar Khan (Sarhadi Gandhi) as a great humanist who loved peace and non-violence during his struggle all his life. He was awarded Bharat Ratan Award.