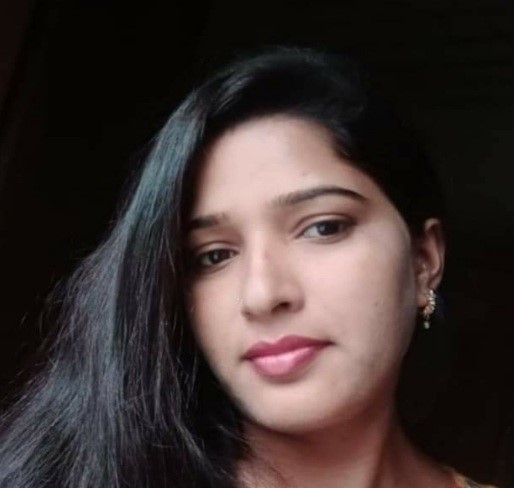 Lahore: The two women and two men, Two water canals. The two dead bodies. The women were Christians. The men were Muslims. The water canals had no religion.

The women were sisters. The men were co-workers. The bodies were of women, discovered from each water canal. The men were accused of murdering them.

This murder took place in Makhan colony of Kahna region near Lahore, the capital of Pakistan’s most populated province Punjab. Christians are also settled in this region in large numbers.

The sisters Sajida (25) and Abida (23) went out for shopping in the afternoon of November 26, 2020. They never returned. A police report was filed. Nothing happened.

On December 11, 2020, fifteen days after Sajida and Abida went missing, the decomposed body of a woman was found from the Rohi drain near Makhan colony. Her throat had been silt. The body could not be identified until Rani, mother of the two missing sisters recognised her daughter as Sajida.

24 days later, another body of a woman was found floating in the Sue-e-Asal drain behind the nearby Toor village.

So the tragedy, which gripped this poor Christian family in the afternoon of December 26, became even more painstaking with the identification of the body of their second daughter.

The police have arrested at least two accused ---Mohammad Naeem and Mumtaz---colleagues of Sajida at the factory where she worked to make ends meet.

Police apparently believe the accused’s confession statement that the women had sexual relations with them and were trying to blackmail them by using a video they made during one such meeting.

However, at Makhan colony, the relatives and husbands of the women deny this and say that the accused were trying to trap them into forced conversion to Islam and were contracting marriages with them.

A recent visit by the activists of the Canadian Aid to the Persecuted Christians (CAPC) found out that the kidnapping and murder of the poor sisters was a well-planned crime. The crime was executed very carefully at the green Guava fields.

The CAPC delegation comprised of Rubina Bhatti, Rana Abdul Hameed (advocate), Shamaun Gill and a few other activists, visited the deceased sisters’ mother Rani, the Gauva gardens where the crime took place and met with local people to verify accounts.

During their meeting, Rani said that she last met her daughters when they left for shopping on November 26.

“They committed atrocities against my daughters. They slaughtered them. They sprayed their face and bodies,” she said. “I want to see the culprits hanged.”

Shamun Gill told the family that the Canadian Aid to Persecuted Christians (CAPC) delegation was visiting them on the special instructions of its President and will put in all efforts to get them justice.

“Sajida and Abida were forcibly kidnapped, gang-raped and slaughtered. They were being forced to marry the accused and become Muslims.  When they refused to do this, they were murdered.”

“This is our family and we came here to show our solidarity with the family, to assure them that we will support them legally, morally and financially. This support will not last for only a few days but until this case is resolved,”.

Rana Abdul Hameed, advocate, Supreme Court of Pakistan, while speaking at the occasion said that the poor women were helpless victims and that their murders were unjustified.

“The chairman of CAPC has specifically instructed that we take up this case because it’s a slap in the face of our whole nation. If we don’t support them, the humanity will die. So we came here to take forward that mission and provide them with legal help.”

Rubina Bhatti asked the family to let the CAPC know if they require any other help besides legal assistance and that the organization will stand by them in all matters.

This is not the first incident of persecution of poor Christian woman. In this nation of more than 220 million such attacks are made almost every other day against the minority Christian people.

These acts of injustice attempts include forced religious conversion, forced marriage, and acts to occupy Christian properties. In failing in these attempts, many people kill the poor Christians or register false complaints of blasphemy, which is a highly sensitive matter in Pakistan.

There are hundreds of people languishing in Pakistani jails waiting for the resolution of blasphemy cases against them. Some of those imprisoned have died in jails while waiting for justice to be delivered.

However, most recently the kidnapping of Christian girls, their subsequent rape and murder are also seen to be rising.

Advocate, Rana Abdul Hameed has taken this case on special request by the President of Canadian Aid to Persecuted Christians. Rana is presenting on behalf of CAPC in this case. There are numerous challenges and threats from the accused party to the complainant, lawyer and to witnesses to drop the case or otherwise face severe consequences. But Rana is confident that the accused will get serious punishment of either life imprisonment or possibly sentenced to death. Rana has filed a First Investigation Report to the local police against these threats. Rana is a very competent lawyer.  He has presented at the murder case of martyr Shahbaz Bhatti and other blasphemy cases against Christians.

Canadian Aid to Persecuted Christians is facilitating the legal aid and financial help to the family through our generous donors in Canada.