Pakistan High Court sends another Christian girl with her captor 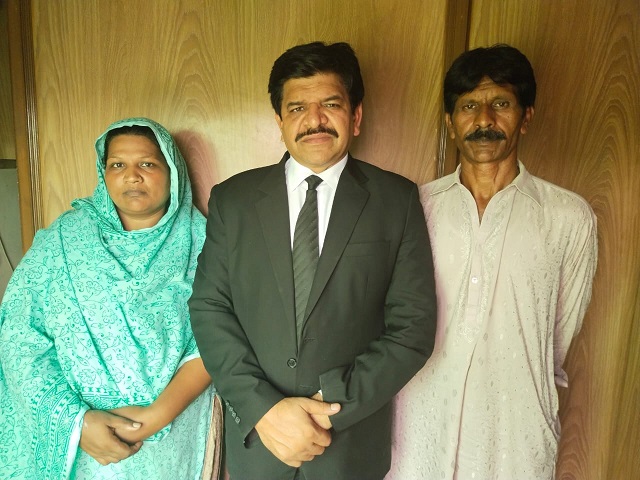 London: (The Edge Foundation) On July 1 the Lahore High court sent another Christian girl with her abductor who is much older than her and already has three wives.

13-year-old Nayab Gill’s case was heard by the high court justice Sheram Sarwar Chaudhary, she was brought to the court under the guard of several police officers, her abductor Saddam Hussain and at least two dozen of Hussain’s supporters who were there to protect him and support his criminal act of converting a minor Christian girl to Islam and marrying her.

When she was walking to the court room, she was heavily guarded and surrounded by the by police and several men and women. Her face was covered with her scarf.

Raiz Anjum, a Christian lawyer, her father Shahid Gill and mother Samreen were also present in the court. They looked worn out and arrived with the hope of getting justice from the higher court for their daughter, but it was all in vain.

Anjum took the podium and started his arguments stating that according to Pakistani law “child marriage restraint act 1929” she is a minor and cannot marry anyone before the age of 16. He also said they believed she was not capable of making an independent decision to convert to Islam or any religion and marry a much older man. He said that since the girl had been living with the abductor’s family for some time, they believe she had been brain washed. There is also the possibility that she changed her religion or married Hussain under duress.

The judge invited the girl to tell the court if anybody had put pressure on her, threatened her or forced her to convert to Islam or marry Hussain. Nayab replied that she converted to Islam and married Hussain with her own free will. She said she was not forced, nor was any kind of pressure applied on her.

Then judge pointed toward Shahid Gill and asked Nayab who he was.  Without looking at her father she replied “he is my father” and then Justice asked her again who do you want to go with, your father or your husband.  She replied, her husband.  justice Chaudhary applied the Islamic principal of the adult age under which any girl can be considered an adult after the beginning of her menstrual cycle, and allowed Nayab to go with her husband and asked the police to provide them with security.

The lawyer also gave reference of a famous judgment of August 2, 2019 by the Lahore High Court judge, Justice Tariq Saleem Sheikh in which he ruled that children under the age of 15 lacked capacity to change religion independently and returned a 14-year-old girl, Muskan to her Christian parents after she was recovered from a Muslim family where she had been working as a "domestic worker" for the last four years.

But Justice Chaudhary, didn’t accept that argument and said that was a different case and Muskan hadn’t married to anybody.

Nayab’s parent were looking very disturbed and had tears in their eyes. When her father was asked for his comments about the judgment, he said he was not in a state of mind to comment on this judgment. He said “for me I have lost my everything”, and pointed toward his wife.

His wife Samreen said: “We had come here with very high hopes that we will get justice from the high court but it has disappointed us, The law has been defeated, not us

My daughter is very young, she doesn’t understand what is going on with her, she is brain washed. The judge should have sent her with us, if not then she should have been sent to Darul Amaan (shelter home) and should be given time to think about staying away from the Hussain’s family.”

She further said she was not going to let the matter rest and was appealing to the organisation The Edge Foundation who is supporting them to help them take the matter to the supreme court.

“Even if we have to sell our property, we will do everything, but we will fight to have our daughter back,” she said.

When asked if anyone apart from Edge Foundation was supporting them, she said: “We are grateful to the Edge Foundation which is providing us legal and all other support during this difficult time and hope they will continue their support to take our case to the supreme court too”.

In a reply to question about if someone else is helping them in this case She pointed toward Riaz Anjum and said: “He is our lawyer, and we don’t know anybody else.

Anjum said it is disappointing that the adult age is 16 and underage children are not allowed to have an ID card, driving licence or to sign any legal contract but unfortunately in such cases courts ignore the country’s prevailing laws and bring Islamic law in, which is very unfair. He further said that if family agrees he would appeal in the supreme court against this decision.

Dr Naeem Saleem, Director of the Edge foundation, a Christian organisation working for the development and equal rights of children, women and minorities said: “This is a very sad day not just for me and the parents but for the whole Pakistani Christian community and those who believe in equality and human rights.”

He is very concerned as the number of such cases continues to rise and it makes no difference to anybody neither the government nor the judiciary. Young girls are being taken away from their parents under the cover of Islamic law and it cannot be justified in anyway in the 21st century.  We should not forget the cases Maira Shahbaz and Mahwish who made the same statement in court, but later both escaped from their abductors.

It is the state’s responsibility to look into this serious issue as Pakistan has ratified UNCRC, CEDAW and some other international treaties and it is the government’s responsibility to adopt internal measures and laws compatible with the obligations and duties arising from the treaties. Even if the government doesn’t, courts and national authorities are obliged to comply with the provisions of international treaties ratified by Pakistan and may invoke international law in their resolutions when it contradicts national regulations.

Dr Naeem said: “In the event that national judicial procedures do not address human rights abuses and the government is not paying any attention to such important matters, there is no choice but to look toward the international community for  help us because we are being pushed to the wall and are left with no other option.

“Today’s high court decision is against the international standards and international human rights standards should be effectively respected, applied and enforced locally.

“I request the Prime minister and Chief minister of Punjab to intervene and help the family to  get their daughter back. Pakistan already has one of the worst records for human rights violations and for the mistreatment of its minorities. It is considered the fifth most dangerous country in the world for Christians.

“Such cases can only serve to further harm Pakistan’s image and make things worse for the country at an international level. The EU has already issued warnings and the U.S. Commission on International Religious Freedom (USCIRF) has designated Pakistan a country of particular concern (CPC) for violation of religious freedoms.” 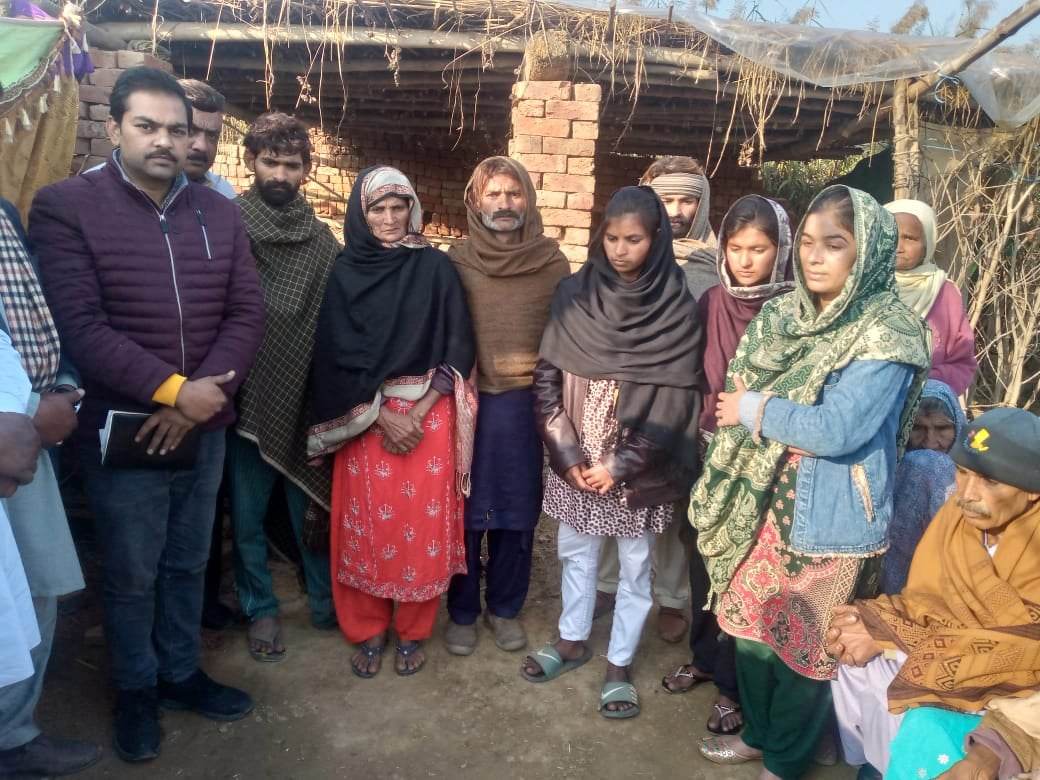 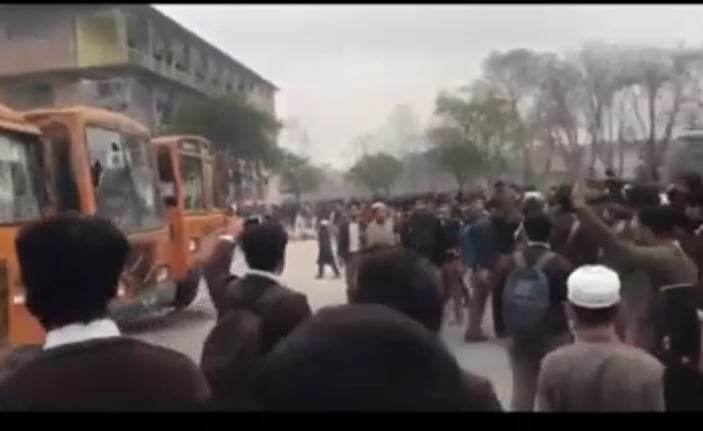 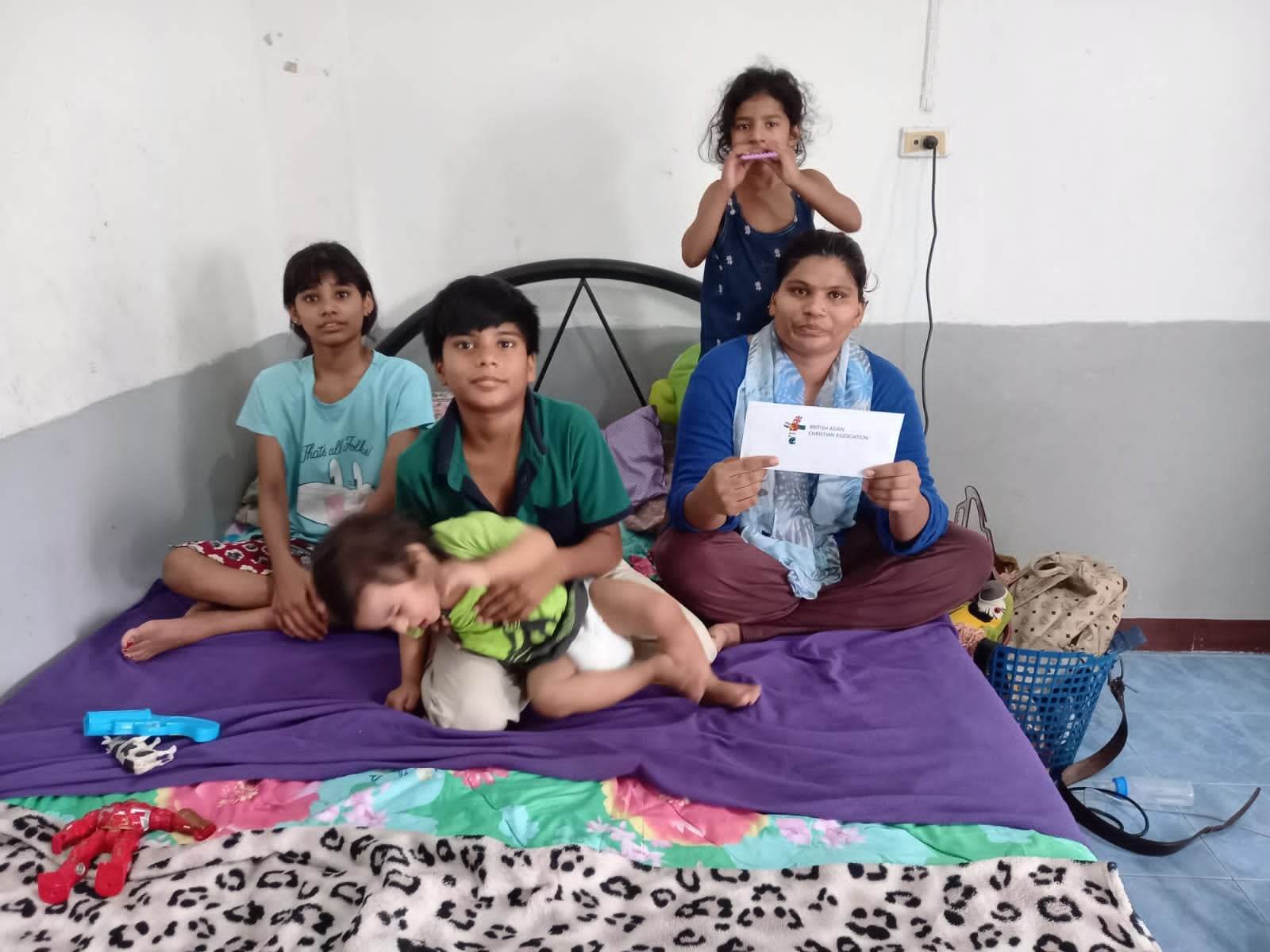