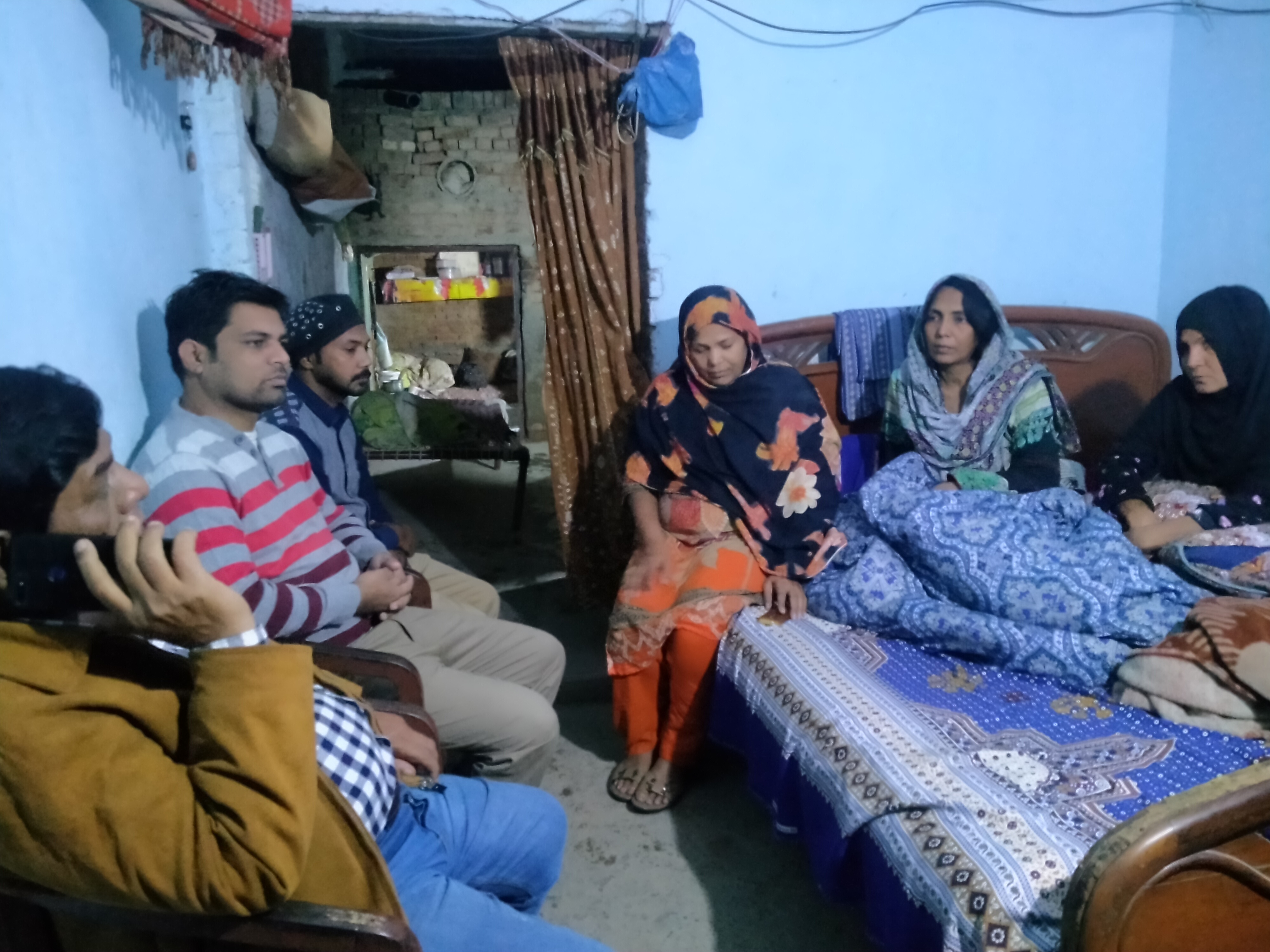 Police launched the FIR against the 5 people who are responsible of this incident. Police arrested two accused people f on Sahiwal and trying to recover girl from abducters. Girl is not found yet.

Cecil George who is relative of the Farzana said that Farazna is in high pain due to her girl kidnapping that she lost her mental level and hospitalized. He said that there is not any information regarding Meerab that where they kept her.

Wilson Raza reknowned journalist in the region said that these kind of cases are not new in the region. He insisted police to recover the girl asap and Justice should be prevail for Meerab and the family.

Fr. Zahid Augustine OP, parish priest of Sahiwal said that Widow Farazna is very poor lady and already facing many challenges in her life. He said that forced conversion and under age marriages in the name of religion must be stopped. He prayed that God protect the Meerab and all other children from evil eyes.

Ashiknaz Khokhar, human rights activists said that Pakistan is a country where abduction of under age religious minorities girl are going common every day. State is not taking this issue seriously and recently parliament refused to pass the bill of forced conversion. Approximately 1000 religious minorities girls are forcibly converted to Islam every year in Pakistan which are mostly from Christian and Hindu communities.

At least nine people are wounded, three hospitalised in critical conditions. The attackers have not been arrested. In Trikhani, Christian families have repeatedly refused to sell the lands given to their ancestors by missionaries.

Meanwhile in Burewala – A group of Muslims attacked and fired at Christians in order to seize their lands in Trikhani, a village near the city of Burewala, Vehari district (Punjab). At least nine people were wounded, three hospitalised in critical condition.

On 29 October, Muslims started shooting at Christians as they watered their fields. After the latter filed a First Information Report (FIR) with police, the attackers, who had obtained pre-arrest bail, continued to threaten the Christians, demanding they drop the FIR.

"They wanted to kill us,” said Raja Masih. “They fired straight at us, so I got a bullet that almost hit me in the heart".

Kamran Masih, a resident of the village and an eyewitness to the incident, explained that Muslim landowners demanded local Christians to sell their land. Uttering threats, they told them if they refused, they would face “serious consequences".

This is not new. Local Christians have already resisted selling their land in the past because “they are the history and legacy of our ancestors" and allow families to earn a living.

The village was originally founded by missionaries and farmland was donated to the poorest families, who handed it down through the generations.

“In any case, the Muslim offers do not reflect the real market value of the fields," Masih told.

Human rights activist Babu Asif Iqbal, who visited the injured in hospital in Sahiwal, expressed his regret over the affair. “It is sad to see how Muslim landowners use their influence to target Christians.”

Ashiknaz Khokhar, also an activist for the Christian minority, noted that this “is the second attack of this kind in Sahiwal. In the village of Okara, two brothers were killed and several Christians wounded from gunshots over irrigation.”

“It is frustrating,” he added, “to see, on the one hand, Christians fighting for their survival and, on the other, the culprits on the loose, pre-released on bail without being arrested.”

Joseph Janssen, chairman voice for Justice International organization express his serious concern over increasing number of persecution incidents against minorities. He urge government to ensure the protection of religious minorities and their properties in Pakistan.