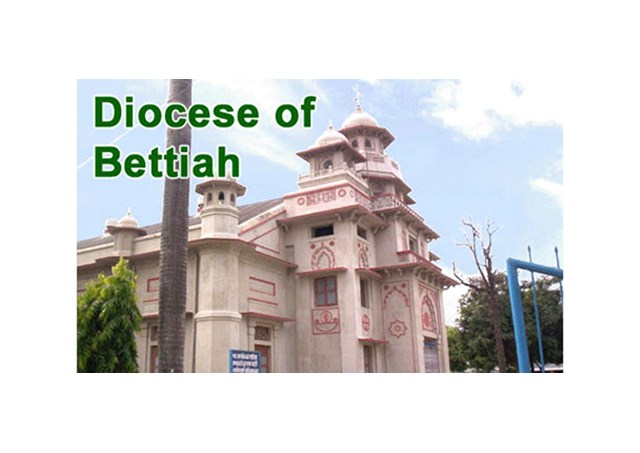 Fr. Peter Sebastian Goveas, the Vicar General of Bhagalpur Diocese, also in Bihar, is the new bishop of Bettiah. The see of Bettiah has been vacant since July 13, 2013, when Pope Francis transferred Bettiah’s first Bishop Victor Henry Thakur to the Archdiocese of Raipur.ý Education and training Fr. Goveas was born on 8 February 1955 at Hosabettu, Hospet, Mangalore, in southern India’s Karnataka state. After completing his secondary school, Fr. Goveas entered St. John’s Regional Minor Seminary, Bhagapur, to become a priest for the Diocese of Bhagalpur. He did his philosophy studies at St. Albert’s College, Ranchi (1975) and at Morning Star College, Barrackpore, West Bengal state (1975-1978) and his theology at St. Albert’s College, Ranchi (1979-1983). While doing his regency at Maheshmunda (1989-1979), he obtained a Bachelor of Arts from Calcutta University (1978). Fr. Peter Goveas was ordained priest on December 9, 1983 for the Diocese of Bhagalpur, following which he served the diocese in various capacities: 1983: Assistant Parish Priest at Krist the King Church, Damruhat 1984-1988: Parish priest at Damruhat 1988-1997: Parish Priest at St. Pius X Church, Maheshmunda 1997-2009: Parish Priest at Sacred Heart Church, Susni Since 2009: Parish Priest at St. Clare’s Church, Dakaita 2009-2013: Dean of Lalmatia Deanery 2013: Administrator of St. Thomas School, Dakaita, 2014: Administrator of St. Thomas’s School, Damri Since 2008: Diocesan Consulter Since 2009: Member of the Priests Council Since 2013: Vicar General of the Diocese of Bhagalpur. Bettiah Diocese, erected in 1998, is a suffragan of Patna Archdiocese. Its jurisdiction extends over an area of more than 10,500 sq km, where Catholics number nearly 6,000 out of a total populatin of 14.5 million. Pastoral care is provide 55 priests (19 diocesan and 36 religious), 43 religious brothers and 133 sisters in 13 parishes. There are 13 major seminarians aspiring to be priests.