Christian marriage is covenant not sexual contract. By Shamim Masih 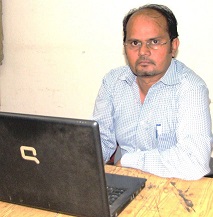 At the beginning the Creator made them male and female, and said, “For this reason a man will leave his father and mother and be united to his wife, and the two will become one flesh. So they are no longer two, but one. Therefore what God has joined together, let man not separate.” Matthew 19: 4-6
In the end of February, 2014, a section of theChristian Divorce Act 1869 has been challenged before the Lahore High Court for being “offensive and insulting” to women. The petitioner was going through a divorce and that a petition for maintenance was pending before a civil court. He said under section 10 of the Christian Divorce Act 1869 he could only divorce his wife if he accused her of adultery. He said he could not make an accusation he did not believe to be true. He claimed that the Act had existed since the colonial times, so he requested the court to declare section 10 of the Act ultra vires and in contravention of the constitution through exercise of judicial review. He claimed that in several countries, including the UK and the USA, allowed a Christian man to file for a divorce on grounds like unreasonable behavior which enabled divorce petitions to be dealt in an expeditious manner. He keeps on saying that divorces under the Act had been tarnishing the image of innocent women.
The petitioner seems Christian by faith and wanted to leave his wife for his lustful desire because the reason he mentioned that he and his wife were not happy together. He said that he also did not get along with his in-laws. In Christianity the only reason to divorce is adultery. Couples may separate but no divorce. Christ Jesus clearly teaches about divorce that “….anyone that divorces his wife except for marital unfaithfulness, causes her to become an adulterous, and anyone who marries the divorced woman commits adultery”. Matthew 5:32 NIV
Divorce is as hurtful and destructive today as in Jesus day. God intends marriage to be a lifetime commitment (Genesis 2:24). When entering into marriage, people should never consider divorce an option for solving problems or a way out of a relationship that seems dead. In these verses, Jesus is also attacking those who purposefully abuse the marriage contract, using divorce to satisfy their lustful desire to marry someone else. Are your actions today helping your marriage growing stronger or are you tearing it apart? Jesus said that divorce is not permissible except for unfaithfulness. This does not mean that divorce should automatically occur when a spouse commits adultery. The word translated “unfaithfulness” implies a sexually immoral lifestyle, not a confessed and repented act of adultery. Those who discover that their partner has been unfaithful should first make every effort to forgive, reconcile, and restore the relationship. We are always to look for reasons to restore the marriage relationship rather than for excuses to leave it.
Once the disciples asked did Moses command that a man give his wife a certificate of divorce and send her away. Jesus replied, “Moses permitted you to divorce your wives because your hearts were hard. But it was not this way from the beginning. I tell you that anyone who divorces his wife except for marital unfaithfulness, and marries another woman commits adultery.” Matthew 19:8-9
We need to passion in the marriage relationship to keep the commitment and intimacy satisfying, but this passion should be focused exclusively on our spouse. It is clearly written, “I hate divorce, says the Lord God of Israel and I hate a man’s covering himself with violence as well as with his garment, says the Lord Almighty. So guard yourself in your spirit, and do not break faith. Malachi 2:16
Has not, God made them one? In flesh and spirit they are his; and why one? Because He seeking godly offspring. So guard yourself in your spirit, and do not break faith with the wife of your youth.
Divorce in these times was practiced exclusively by men. They broke faith with their wives and ignored the bonding between a husband and a wife that God instills (the two become one person), as well as his purpose for them (raising children who love the Lord, “Godly off springs”). Not only were men breaking faith with their wives, they also were ignoring the bonging relationship and spiritual purpose of being united with God.
Biblically speaking the only reason to divorce is adultery. Now the couple may separate but not divorce. The bane of Christianity in the west has been the church “accepting” divorce and allowing remarriage for other reasons. This has deteriorated the church till it is just like the world, so witness is ineffective. Proper course would be for husband and wife to talk through issues – without input from anyone else. If each truly choose and act in love for good of the other before self issues will resolve.
The court directed him to bring relevant documents before the court at the next hearing, date for which would be fixed by the registrar’s office. So I recommend better to take these documents with him, if he is sincere to his wife otherwise; he would be interested to fulfill his lustful desires or someone working behind him for his vested interest.