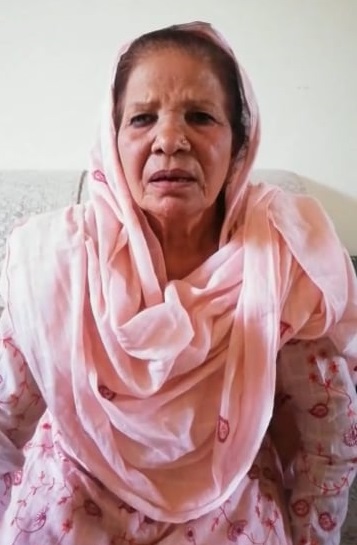 London: October 30, 2019. (PCP) Christian man who claims to be falsely accused of blasphemy and given a life sentence has had his appeal postponed for a third time in a year.

Zafar Bhatti was sentenced to life imprisonment in 2012 after being arrested for blasphemy by police form Police station New Town, Rawalpindi. A First Information report was lodged which claimed he had sent blasphemy texts from a mobile, something he denies. It has been proven the phone from which they were sent was registered to another person, Ghazala Khan.

Whilst Ms khan was granted bail due to her own poor health and vulnerability as a female, Zafar Bhatti is still awaiting his appeal hearing for his conviction that has been postponed three times after the presiding judge decided his conscience could not allow him to hear the case.

At the original trial in Lahore, judge Khalid Mehmood asked the prosecuting counsel to forgive Ghazala Khan, stating that Muhammad forgave also. Ms Khan who asked not to be forgiven as this would insinuate her guilt and wanted to be cleared by a fair trial, later died of Hepatitis C before the trial concluded.

Security for the appeal hearings was not as tight as for the original case trial held at Central Jail Adjala, Rawalpindi where Mr Bhatti has survived several attempts on his life.

Honourable Judge Raja Shahid Mehmood Abbasi raised the hopes of Mr Bhatti’s family and supporters when he said that he has studied the case by listening to both parties, giving them the impression that the conviction decision would be overturned prompting his imminent release.

Judge Abbasi explained in an earlier June hearing that he had not the time to write down all the facts of the case and was about to go on holiday for two months and requested the court to be reconvened in September. However, in September he again reiterated at having no time to dictate his decision to the court clerks and proposed a second postponement for October 10th, 2019.

Zafar Bhatti’s council Tahir Bashir humbly expressed his disappointment to the judge’s decision given that his client had already spent 7 years in jail and was suffering ill health whilst in prison awaiting the appeal but was told by Judge Abbasi to have patience till October.

In the October resumption of proceedings occured at High Court, Rawal Pindi Bench, Judge Abbasi stated that his conscience could not allow him to decide and he would pass the case onto another judge. When pressed by Advocate Tahir, Judge Abbasi, said: "This judgement does not sit well with my Islamic faith and I cannot proceed."

Nawab Bibi spoke with Mehwish Bhatti, BACA's National Executive in Pakistan, while they were attending court, she said:

“It was debilitating hearing the judges intolerant comments”

“they are delaying the case without any reason.

“They will be answerable to God one day."

"My husband, Zafar, is suffering from diabetes and heart disease and he has been told that he can have a heart attack any time due to the depression he is consumed by.”

Nawab Bibi is always accompanied to any court hearings by BACA representative, Mehwish Bhatti, who translates proceedings into language she understands.

Mehwish Bhatti said “Zafar was eagerly anticipating the decision, but his hopes were badly shattered.

"Zafar's morale has ebbed to its lowest point and he now believes he will die in prison - he is tired of his situation.”

Fears for Zafar Bhatti’s health are exasperated by the lack of good medical care within the prison and doctors have said he is suffering from depression that could bring on a heart attack given that he is a diabetic also. Zafar has already suffered from several mild attacks and has lost around 66kg in weight.

Mrs Bhatti has been counselling and encouraging Zafar who is an ordained Catholic Bishop from the Jesus World Mission Church.

"I have been sharing the word of God and reminding Zafar of the love of Christ who was crucified for us on the cross.

“We should keep believing God for his faithfulness and all Christians must pray into his situation.” She said.

The appointing of a new judge and the new court hearing will be confirmed soon. Meanwhile BACA continue supplying Nawab Bibi with shelter, food, medical treatment, counselling and prayer support. You can contribute to our appeal for support of blasphemy victims.

Juliet Chowdhry, Trustee for the BACA, said: "The continual mistreatment of victims of blasphemy cases through the Pakistan judiciary system is just one such example of where Pakistan authorities can bring their justice system in line with most civilised nations.

"The continual dragging of feet and delay tactics used in this case show a high disregard for Human rights and the protection of vulnerable Christian minorities.

"While Zafar and his wife have suffered forced separation, loss of income and in Zafar's case brutal incarceration and attempts to take his life; those who made the false allegations have felt no impact for their crime and never will.

"If it hurts a Muslim judge to free an innocent Christian man then perhaps he should not be in the legal profession and should earn his living as an Imam or in some other religious profession.

"If you are working within the Judiciary your primary concern has to be the rule of law not your religious sensibilities or those of others - you can do this without causing disrespect to those who observe a religion." 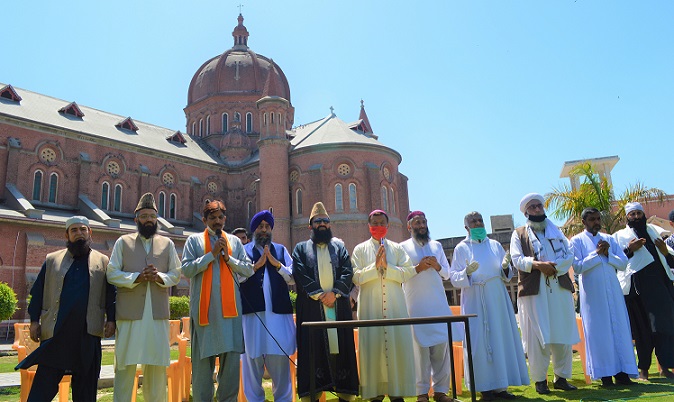 Lahore: (Pervez Yousaf) The National Commission for Interreligious Dialogue and Ecumenism (NCIDE) a project the of Catholic Bishops’ Conferen 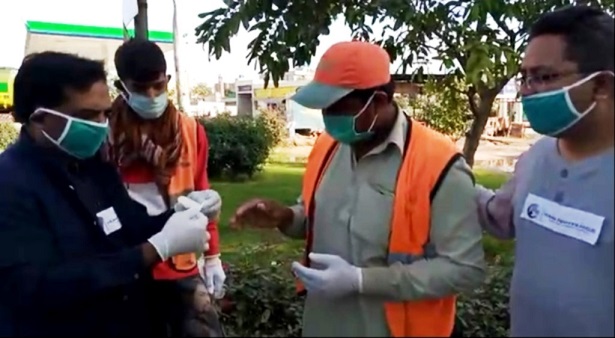 London: Pritham who had been attending a meals for the homeless project at British Asian Christian Association's headquarters took his life by