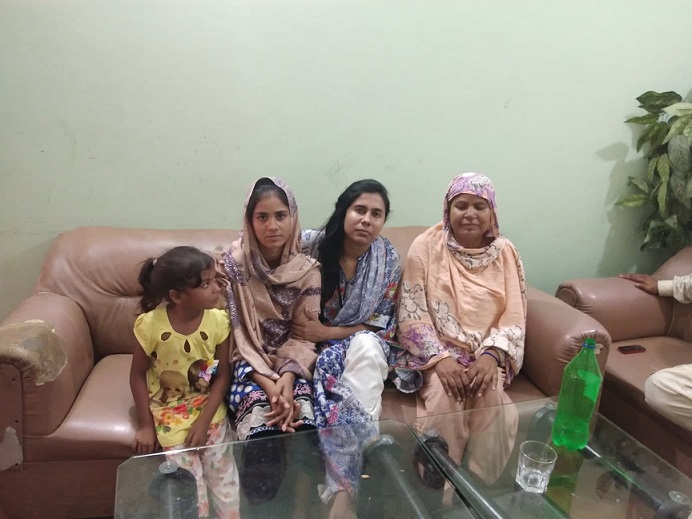 Sheikhupura: August 7, 2019. (PCP) British Asian Christian Association has had to move a Christian teenager rape survivor and their family to a safe house and is launching a legal battle to get justice, after the 15-year-old was brutally gang-raped for over 24 hours by 5 men.

Maria Jalal is alone in the house when she hears a knock at the door. It is 4pm and standing there is Mohammad Sajjid (25 yrs) of the Akhuwat Islamic Microfinance Bank in Sheikhupura, who had come to collect their families latest loan instalment.

Every month he comes to collect an instalment of 1,500PKR (£7), the repayment of a microfinance 30,000PKR (£200) loan. Normally Mohammad Sajjid would arrive before 3pm but on this day, 9th June 2019, he was later than normal and Maria’s mother, Nasreen Bibi (48 yrs), couldn’t wait any longer and left to attend a nearby funeral, leaving 15-year-old Maria in charge and with instructions on what to do when Mr Sajjid eventually does arrive.

Nasreen Bibi a sweeper at the Municipal Co-operation and her electrician husband Jalal Masih, struggle along with Maria’s unmarried older brother, 19-year-old Shahid, to bring in enough wages to feed all the family. Maria herself is uneducated and the youngest of four children.

She opened the door immediately recognizing Sajjid, a regular caller, and asked him to wait a couple of minutes whilst she went to fetch the money.

“No, no, come to the corner of the street as my officer needs to talk about something” he said beckoning her outside.

Without hesitation, she follows him and could see no one else around apart from four middle aged men who grabbed her at gunpoint, dragging her into a white Suzuki Bolan van, her screams muffled by Sajjid’s hand over her mouth.

After a 15-minute drive she was taken to a large dark carpeted room, still screaming now crying, she was slapped several times to keep her silent and was instructed to obey the men’s demands or be killed.

Maria didn’t recognise any of the men apart from Muhammad Sajjid, who ripped her clothes off and repeatedly raped her all evening, all night and again in the morning.

She later recounted to Mehwish Bhatti of the BPCA that she remembered lying naked on the floor as the men smoked and drank alcohol whilst taking turns to rape and abuse her, beating her more if she tried to resist. She said:

"The men, punched and slapped me, they spat while abusing and laughing at me, forcing me to do whatever they wanted.

"I was told that I was a worthless Christian and that I should never tell anyone what happened as they would kill my family, who they said would be powerless against.

"Throughout the ordeal I prayed to God and blanked my mind to what was happening - I knew eventually he would free me."

The next evening when the five men finally tired of their abuse they dressed Maria and drove her home, dropping her outside her house around 7pm just when it was getting dark.

Maria knocked on the door, shocked to find her mum crying, surrounded by Maria’s aunties and uncles.

As if to continue her ordeal, amazingly she found herself being interrogated by her brother in an angry tone.

“Why did you elope” he yelled but before she could answer, her uncles started beating her claiming that she had bought ruin to the family’s honour.

Maria already traumatized and stressed couldn’t speak a word, moreover she was frightened her abusers would kill her family if she divulged the truth, so the beating continued. Finally, she collapsed unconscious and the family took her inside the bedroom and sprinkled water over her face to bring her round.

When she found herself alone with her mother, she pleaded with her not to be killed and told her the whole story. Her mum started crying loudly and told all the family what happened to Maria. They apologised and listened to what Maria had to say.

It was like a mountain had fallen on the family as they contemplated their own reputation within the community. It took 5 whole days for the family to make a decision as Maria’s father announced that he will call for justice for his daughter. Later that day he and the other male elders of the family found the courage to report the incident to the Police in Ferozwala Sheikhupura on the 15th June 2019, six days after the event.

The police at first, didn’t cooperate which is very usual response. However after the Minister for Minority and Human rights, MP Ejaz Alam Augustine intervened after being approached for help by one of Maria’s uncles.

A First information Report (FIR) was registered and Mohammad Sajjid was arrested at his home the following day. The four other men, named by Sajjid as Mohammad Imran, Sub Inspector Mobeen, Jamshed and Dolphin Police Officer Yasir, were arrested three to four days later. All the men have been identified by Maria and have been charged with rape and kidnap offences. They are now all incarcerated at Sheikhupura jail.

BACA has raised concerns about the process for the identity parade with politician MP Ejaz Alam Augustine. Primarily Maria's mother was not allowed to enter the police station cell during the process and only a male social worker named Muhammed Shabbir accompanied her. Worse still Maria had to stand before her rapists (with no protective barrier or screen) with only a headscarf wrapped around her, pointing them out with her finger as told by police (who could think of no better option), as the lecherous men glared at her menacingly. Even then brave Maria was able to hold her nerve and reveal the identities of all her abusers.

"I did not want to see my family killed but could not take any more of their beatings, I was innocent and yet was being treated like a pariah - only my mum tried to protect me.

"It was really painful describing everything but I am glad I did it because the evil men who hurt me so badly have been put away.

"I hope they are convicted and spend a long time in jail as they told me that they have treated other young girls the same way - they need to be stopped.

"I have forgiven my family for what they did to me when I needed them most."

Hannah Chowdhry, BACA volunteer, said: "When I heard the news of Maria's ordeal I shuddered - the thought of what the men have done makes me physically sick

"I am the same age as Maria and cannot fathom the pain and suffering she has gone through but am acutely aware of her vulnerabilities.

"What these men have done is atrocious and Maria will be another rape survivor who I keep in my prayers from now on.

"I am visiting Pakistan in October to meet victims of persecution and Maria will be high on my list of priorities - we must fight for justice for this innocent sister."

Juliet Chowdhry, Trustee for the British Asian Christian Association, said: "The number of Christian girls who are being kidnapped and raped - with some of them being forcibly married to Muslim men is growing.

"This week we have commissioned a report into this growing social malaise and will share our findings publicly by the end of this month.

"Despite numerous laws that protect against such crime, few prosecutions arise resulting in a sense of impunity that has only served to exacerbate the problem.

"I remember being a young girl in Pakistan and having to be chaperoned by my brothers every time I exited my home - I had no freedom through no fault of my parents.

"The only way to make women safe and for them to share the same freedoms I now enjoy in the UK, is to remove corruption from within Pakistan's police authorities and to enforce our existing laws.

"In tandem with this improved relationship studies must be introduced into the school curriculum of each province.

"Moreover mosques and madrassers which preach that converting Christian girls in this fashion will earn a special place in heaven must be shut down immediately - though Pakistani Authorities will defencively deny this it is sadly a known phenomenon."

Jalal Masih, Maria’s father, finds himself under great pressure as the family face threatening phone calls from the friends and family of all the accused men and made a request to BACA for provision of a safe house.

Mehwish Bhatti our National Executive for Pakistan continues to help Maria with trauma and spiritual counselling as well as with vocational training to help her to live a normal life. Maria is under pressure not to take any further action, the culprits and their cronies are threatening to kill her and the whole family. 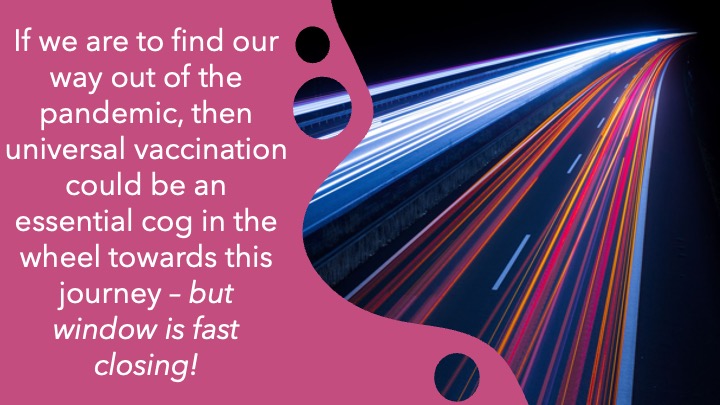 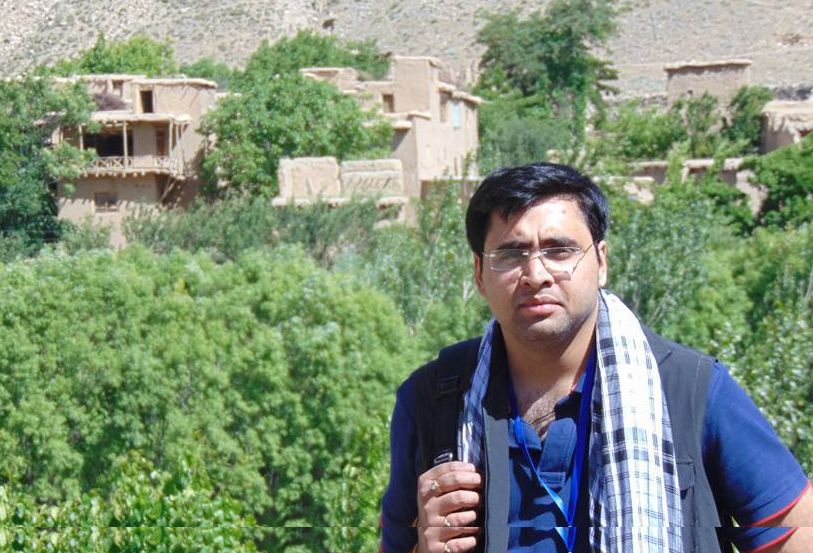 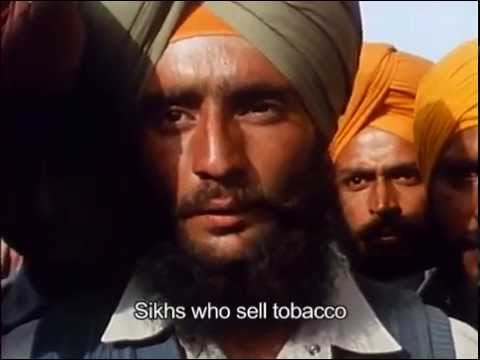