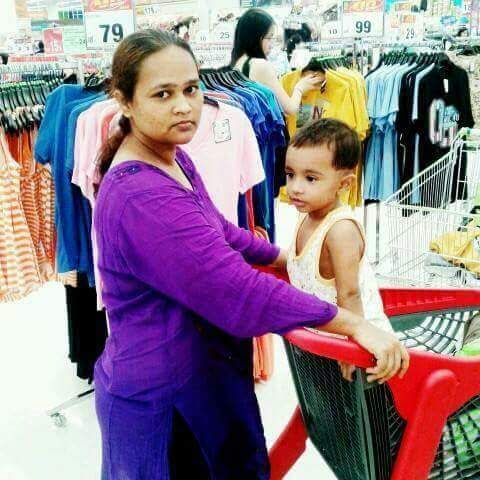 London: December 31, 2015. (PCP) A 30 year old Christian woman who had fled violence-ridden Karachi, Pakistan, and sought refuge in Thailand has needlessly died today after she was arrested and detained in horrific conditions for being there after her visa expired, according to the British Pakistani Christian Association (BPCA). Samina (Sanina official name) Faisal and her family had already faced tragedy this year after medical complications led to her losing a baby who was stillborn at 6 months in March. Since then she had been suffering ongoing high blood pressure and hypertension and kidney complications. Samina (Sanina) was arrested along with many other Pakistani Christians in Thailand on 20th December as part of an ongoing wave of arrests of foreigners deemed to have overstayed their visas. Despite her remonstartions that she was on treatmnet with long-running health conditions for whicch she showed paperwork, her arrest stood. Sources have suggested this ‘crackdown’ was a result of warnings about an Islamic State cell infiltrating the country, but Thai authorities have denied this. Whilst Mrs Faisal’s situation isn’t known, most Pakistani Christians are asylum seekers who have been given that status by the UN Human Rights Council (UNHCR) but because Thailand refuses to sign the relevant Refugee Protocols that most other nations have, it does not recognize that status, and treats such Pakistani Christians as illegally immigrants. BPCA chairman Wilson Chowdhry said: ‘Pakistani Christian asylum seekers seized in such raids are taken either to the Immigrant Detention Centre (IDC) or the Central Criminal Jail, and conditions in both are horrific with massive overcrowding, pitifully poor nutrition and the resultant disease epidemics. In these latest raids, at least 80% of the detainees were women and girls, along with babies and other children.' After about 10 days in such horrific conditions, the authorities finally took Mrs Faisal to hospital, but it was too late, and she died sometime last night or early this morning. We have one of our staff members visiting the traumatized and grieving family and they have advised us that the authorities are not allowing them to see Samina's (Sanina) body. This tragic incident only emphasizes the urgency of paying the fines that let these brothers and sisters out and provides them with immunity from such raids for two years. This costs about £1000 per person.’ Chowdhry added that working with other NGO’s and Thai fellow Christians, they had managed to pay smaller fines to get 11 out of 16 Christians who had been sent to the Central jailed moved to the IDC. ‘However, that just gets them out from a criminal jail into the still intolerably bad IDC, and as we have seen that is costing lives. We know of over 60 Pakistani Christians arrested, with the largest number arrested on Christmas Eve itself. The vast majority are women and children, some of them breadwinners with dependents now in even worse state than before outside. We need at least £36000 just to get the women detainees and their children out of the hell-hole, and if we don’t get that quick, we will need to spend more just to help provide for those left behind whilst we try and raise funds’. The Bail system has only recently re-opened for women and we pray that men will soon be afforded the same freedom, but that will mean we will need a further £65,000 to free them.