PCC to write North American, EU, UK and Australian to keep eye on fundraising for SKH in Pakistan 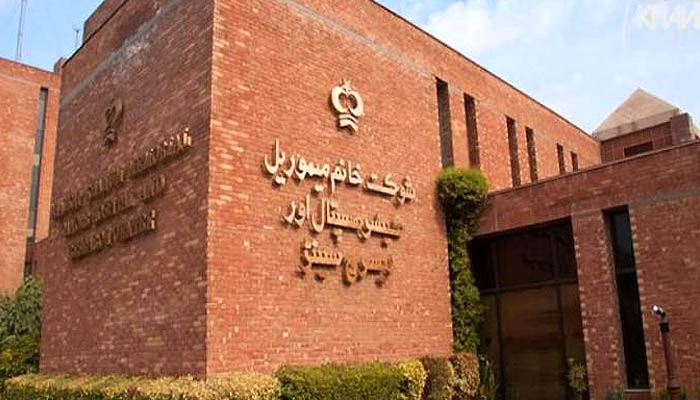 Philadelphia: (PCP) Dr. Nazir S Bhatti, Founder President of Pakistan Christian Congress PCC have said that he will send memorandums to US, EU, UK, Australia, Japan and other governments to keep a close eye on fund raising events for Shaukat Khanam Cancer Hospital SKH founded by Prime Minster of Pakistan Imran Khan on her mothers name with worldwide donations after her sister Aleema Khan was checked with millions dollars of property in Middle East as Director on Board of this Charity.

Its reported in section of Pakistani Press that Aleema Khan who is sister of Imran Khan embezzled donation funds and established millions of dollars property in Dubai which came in light after Supreme Court of Pakistan notice on money laundering and properties of Pakistani in foreign countries.

Aleema Khan in an answer by Supreme Court of Pakistan submitted statement that property she bought in Dubai worth hundreds of billions of Rupees was inherited share of funds from his father and father of her mother which was not correct as Imran Khan publicly announced after winning Cricket World Cup in his captaincy in Australia in 1992 that her mother died of Cancer as he or his family have not enough money for her treatment so he started donation campaign.

Now, suddenly sister of Imran Khan claims that her family owned millions and millions and her 8% share in family assets was in millions of dollars to buy properties abroad.

Its on record that father of Imran Khan was and engineer in Punjab government and kicked out of his job on corruption charges.

One of the Founder Member of Imran Khan political group PTI filed a lawsuit with election commission of Pakistan that PTI may be banned as political party as Imran Khan is not providing millions of dollars funding report which was collected in USA and other countries and misused by Imran Khan.

Imran Khan failed to provided millions of dollars expenditure report of funding like her sister Aleema Khan who fails to provide money trail.

Election Commission of Pakistan used delaying tactics in hearing of Foreign Funding case to his PTI party as he was adopted for future leadership of Pakistan by ISI in 2011, when army wing paid him millions of rupees to hold public gathering in Lahore in 2011.

The sister of Imran Khan is safe and walks free from Supreme Court of Pakistan as Imran Khan walks free from ECP because powerful Pakistani Army have last hope in morally corrupt Imran Khan to end democracy and establish one party rule like China in Pakistan.

Dr. Nazir S Bhatti said that its need of time to bring in notice of US, EU, UK, Australia, Japan and other to keep an eye on events organized by Pakistani Muslim diaspora for fund raising of SHK and PTI because it misused, launder and used for political and doubted in terror activities.

“Imran Khan is fundamental Muslim and anti-Christian who hijacked Christian votes in national general elections of 2018 and after becoming premier he have army of Muslim cabinet ministers, advisors and Assistant of 42 but there is not single Christian in his cabinet when every previous governments gave due representation to second largest community after Muslims in Pakistan” added Nazir Bhatti