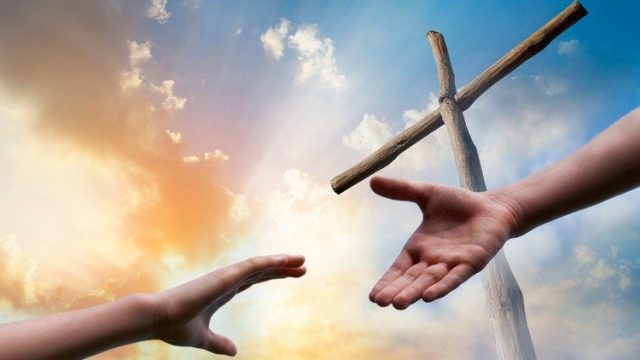 VATICAN CITY/BUDAPEST: January 7, 2019. (BosNewsLife)-- Dozens of Catholic missionaries and pastoral workers have been killed worldwide in 2018, most of them in Africa, according to the Vatican's news agency.

The Fides news agency said its annual year-end tally showed that at least 40 church workers were killed, nearly double the toll in 2017 of 23. Of those 40 killed, 35 were priests, 1 was a seminarian, and 4 were lay people, the data showed.

Until 2017, the Americas led the way for 8 consecutive years for the highest number of Catholic missionaries killed. But in 2018, Africa had the dubious honor of topping the list with 21 deaths, including 19 priests, a seminarian, and a laywoman. South America came second with 15 killed, including 12 priests and 3 lay people, followed by Asia with 3 priests killed while 1 priest experienced a violent death in Europe.

Fides noted that many missionaries lost their lives during attempted hold-ups and robberies, especially in impoverished areas where violence dominates society, with authorities often helpless or weakened by corruption, compromise or the misuse of religion.

The agency said it prefers using the word “missionary” for those killed, referring to the Apostolic Exhortation or “Evangelii Gaudium," a document in which Pope Francis wrote that “in virtue of their baptism, all the members of the People of God have become missionary disciples.”

“All the baptized, whatever their position in the Church or their level of instruction in the faith, are agents of evangelization, and it would be insufficient to envisage a plan of evangelization to be carried out by professionals while the rest of the faithful would simply be passive recipients,” the pope added.

Fides published names and circumstances of those killed including in Africa where in Nigeria six were murdered including Priests Joseph Gor and Felix Tyolaha. The two priests died in an attack by shepherds and jihadists in the village of Mbalom, in the parish of Sant'Ignazio Ukpor-Mbalom, on April 24, during morning Mass, Fides said.

More recently Jude Egbom, a priest, was reportedly shot dead during a robbery on September 19 in the village of Umuwala in Nigeria's Imo State. On that same day, Priest Louis Odudu died in Warri an oil hub in the Nigerian Delta State, shortly after he managed to escape from the hands of his hijackers, Fides reported.

In Central African Republic, five people died including Priest Joseph Désiré Angbabata, from Bambari Diocese, who was wounded on March 22, during an assault on his parish by an armed group and died shortly afterward, Catholic sources said. Weeks later Priest Albert Toungoumale-Baba was killed in the church of Notre Dame de Fatima on May 1, during an attack by an armed group.

Elsewhere in Central African Republic, Firmin Gbagoua, the vicar-general of Bambari Diocese, was killed on June 29 by a group of assassins who entered the bishop’s house. His fellow priest Blaise Mada, the vicar-general of Alindao Diocese and Celestine Ngoumbango, a parish priest of Mingala, were killed during an attack on the bishop’s house, where they had taken refuge with other people, on November 15.

Catholics also suffered in the Democratic Republic of Congo where Thérese Deshade Kapangala, a 24-year old woman, was killed on January 21 in Kintambo, north of the capital Kinshasa, during violent military repression, Fides said.

In other incidents, Priest Florent Mbulanthie Tulantshiedi, of the Congregation of Joséphis, was found dead on March 2 on the banks of the Kasai River, while Etienne Nsengiyumva, a priest of Goma Diocese, was murdered on April 8 by a criminal in Kichanga.

Killings were also reported in Cameroon with Priest Alexandre Sob Nougi of Buea Diocese being shot on July 20, during a clash between the military and separatists. Gérard Anjiangwe, a young seminarian, was killed by a group of soldiers on October 4 and Priest Cosmas Omboto Ondari was shot dead by a military patrol on November 21 in Kembong, several kilometers from Memfe, according to Catholic sources.

In Côte d'Ivoire, Priest Bernardin Brou Aka Daniel of Abengourou Diocese was killed during a street robbery on April 23. And in South Sudan Priest. Victor Luke Odhiambo was "mortally wounded" on November 14, by a group of armed men who attacked the Jesuit community of Cueibet, in Gok State, Fides explained.

In Kenya, Priest John Njoroge Muhia was reportedly killed on December 10 while going to a bank in Kikuyu, to deposit the offerings of the faithful. And in Malawi Priest Tony Mukomba of the Archdiocese of Blantyre apparently died on January 17 after being seriously injured by a group of bandits the previous week.

The situation wasn't much better in the Americas where 12 priests and 3 lay people died, Fides said. Most of them died in Mexico including Priest Ivan Jaimes of the Archdiocese of Acapulco and a parish priest and Germain Muniz Garcia, a parish priest of Mezcala. Both men were killed in a road ambush in the state of Guerrero, on February 5.

Elsewhere in Mexico, Priest Rubén Alcántara Díaz, the judicial vicar of Izcalli Diocese, was assassinated on April 18 shortly before Mass, and two days later Priest Juan Miguel Contreras García was killed on April 20 "at the end of the Holy Mass he celebrated in the parish of Tlajomulco, state of Jalisco," Fides said.

Priest Moisés Fabila Reyes was reportedly kidnapped on April 3, and his human remains were found on April 25, in the Mexican city of Cuernavaca in the Morelos area. Priest Miguel Gerardo Flores Hernandez was killed on August 18, and his body was found on August 25 in an abandoned plot of land in the town of Nueva Italia, in the state of Michoacán, Catholic sources said.

Priest Ícmar Arturo Orta died on October 11, but his body was found on October 13, in Santa María street, in the Ley del Servicio Civil district of Tijuana. His hands and feet were reportedly tied with signs of violence.

Besides Mexico, troubled Colombia was rocked by the killing of Priest Dagoberto Noguera Avendano, a former priest, who died on March 10 in his home in Santa Marta, probably during an attempted theft, Fides noted. Priest John Fredy Garcia Jaramillo was found dead with stab wounds on July 25 in his house in Colombia's Bethlehem Los Almendros neighborhood, in the southwest of Medellin area.

In Nicaragua José Maltez, a member of the Salesian Oratory, reportedly died from a blow to the chest on June 5 in Granada, during clashes between gangs and the city defense groups. Nicaragua also experienced the killing of Sandor Dolmus, a young altar boy of the Cathedral of Leon. He was shot on June 14 by paramilitaries while walking with other boys in the street, Fides reported.

In Venezuela Priest Iraluis José Garcia Escobar, a parish priest of the Nuestra Senora de Fatima in Barquisimeto Archdiocese was killed on July 9 by bandits during an attempted theft.

Ecuador witnessed the killing of Arturo Rene Pozo Sampaz, a parish priest of San Juan, Quito, who was found on October 9 near his bed with hands and feet tied, Fides said. In El Salvador Priest Walter Osmin Vásquez, from Santiago de Maria Diocese, was shot dead on March 29 while on his way to the parish of Lolotique.

Peru was also in the news. Priest Carlos Riudavets Montes SJ was found dead on August 10 "with signs of violence," in the indigenous Peruvian Amazon community of Yamakentsa, Fides explained.

While Africa and the Americas saw many killings, violent deaths were also reported in Asia where two priests were killed in the Philippines. Priest Mark Ventura, in charge of the San Isidro Labrador mission station, was shot dead on April 29 while fellow Priest Richmond Nilo was killed on June 10 by two armed assassins as he prepared to celebrate evening Mass in the village of Mayamot, in Cabanatuan Diocese, Fides recalled.

And in India, which has seen a rise in anti-Christian attacks, Xavier Thelakkat, a priest from Kerala, was stabbed to death on March 1 by the former sacristan of Malayattoor Parish Church, who had been fired from his service three months earlier, Fides explained.

Europe also saw anti-Christian violence. In Germany, Alain-Florent Gandoulou, a Congolese priest and chaplain of the French-speaking Catholic community in Berlin, was killed on February 22, after an apparent violent argument in his office.

Fides suggested that the killings underscore the difficulties faced by missionaries. Despite the dangers, it said that "everywhere priests, religious, and laymen share the same daily life as the ordinary people," bringing them "the evangelical witness of love and service" for all.

The missionaries wanted to be "a sign of hope and peace," trying to alleviate the suffering of the weak and raising their voices in defense of their trampled rights, denouncing evil and injustice, Fides said.