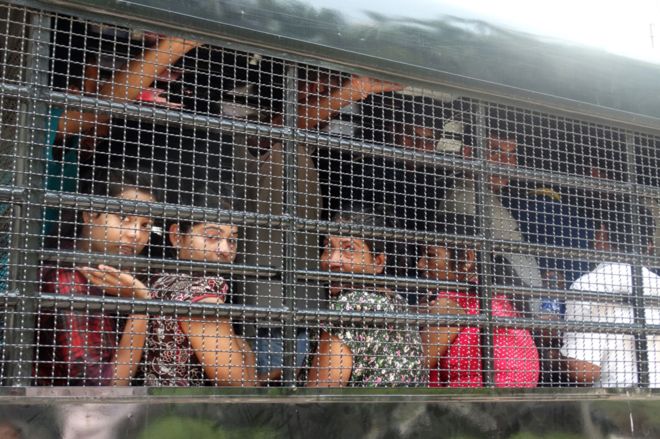 London: January 10, 2019. Two Brothers sentenced to death 8 years after questionable blasphemy allegations were first made, returned to Pakistan after an arrest in Thailand, demonstrates Christian asylum seekers cannot be returned to Pakistan as stated in a poorly constructed UK Home Office Guidance.

UK Charity British Pakistani Christian Association has today called for UK's 'Country Guidance for Pakistani Christians' to be immediately reviewed to prevent a similar situation befalling other victims, as the UNHCR in Thailand who made the dreadful decision to refuse asylum to the brothers take their stance from the erroneous UK Policy.

Qaisar Ayub and Amoon Ayub who have been sentenced to hang in December last year after one of them was falsely accused of committing blasphemy, had twice fled the country to avoid the draconian prospect of the death penalty for something they did not do.

Because of judicial processes the conviction must be confirmed by the high court before they can appeal. Meaning that the brothers are looking at a lengthy period in a Pakistani jail thought they are completely innocent.

Qaisar Ayub worked at the Raja Centre in their international office as of 2010 where he was involved in an argument at work where he was blamed for comments that were made regarding a co-worker’s sister and was warned that the comment was taken very seriously in Islam.

The brothers receive death threats as a result of this personal conflict at Qaisar’s workplace and were said to have fled to Singapore for a month, without even telling their wives before returning to explain the situation. Later when they heard of the blasphemy allegations they fled to Thailand.

According to court presentations Tahir Bashir, who was recognised counsel for the defence at the trial, said the allegations are linked to content on the United Christians Organisation of Pakistan website in August 2010 that was deemed disrespectful to religion. (click here)

Allegations of blasphemy were made in 2011 a year later, by a Muslim cleric from another district named Muhammed Saaed.

According to the Telegraph, “Mr Bashir said while the men had started the website, they were not operating it at the time of the offence.’

According to an earlier report in AsiaNet.it"Qaisar said he took down the website in 2009".

It is our understanding that the brothers now have two separate defence teams moving into the future as indicated by CLAAS who was undertaking both brother’s cases, but appears they are now more focused on Qaisar while ACLJ are focusing on Amoon’s case. British Pakistani Christian Associaton has a standing offer to help both institutions and the family of the brothers should our assistance be required.

For all intents and purposes, it appears that both brother are being tried together as a family unit, and this begs the question of judicial fairness.

Reports in Amoon’s defence have indicated that Qaisar’s personal information was used to start the website in question and may have not even been set up by Qaisar. His solicitor said:

“Our client, Amoon, was falsely accused of helping set up a website containing blasphemous material after a fight broke out between our client’s brother (the co-defendant in this case) and his Muslim friends over one of the friend’s sister.

AsiaNet says that the previously operated a website that had been taken down in 2009 but then unbeknownst to the accused had been restored by a Muslim friend after the allegation. They reported in 2015:

“According to Qaisar, he closed his account in 2009 but one of his Muslim friends, Shahryar Gill, somehow managed to restore the website, while ownership remained in Qaisar’s name.”

In search of safety and security they fled the country after the accusations again were made but later needed to return by necessity, but kept a low profile.

They returned from Thailand in 2012 and were warned that that Qaisar was still being pursued by authorities and so they lived in hiding.

The solicitor who is defending the other brother Amoon against the charges have clear evidence that their client has no electronic ties to the website in question and believes the website was specifically created for the purpose of defaming the two brothers.

"During the trial, OLA provided evidence and Amoon’s testimony, completely exonerating Amoon. It was further proven that there was no evidence to tie Amoon to the alleged blasphemous material, as the forensics report did not contain any evidence showing that Amoon’s computer, internet, IP address, or phone line were used in any posting to the website."

Judge Javed Iqbal Bosal of Punjab province rendered the harsh capital verdict on the 13th of December 2018 at a hearing in a Jhelum detention facility. It was believed that prison was the safest place for the two blasphemy victims to receive their verdict rather than at court.

Lower court judges are not afforded the same protections as higher court judges nor is their pay grade worth the risk to their lives, as often retaliatory violence and killings will ensue. This factor alone can be attributed to the high level of misapplication of law when it comes to the blasphemy laws at district courts.

Wilson Chowdhry said: "BPCA has had our Bangkok officer check with our sources in the Pakistani Christian community they have confirmed that the brothers were in fact in Thailand, that they had an asylum claim that was rejected by the UNHCR and that at least one brother was arrested by Thai authorities."

"The brothers' asylum claims were clearly valid given the fact they are now both incarcerated in Pakistan, yet both were rejected by the UNHCR Thailand, who fashion their criteria after an erroneous UK policy." The situation in Pakistan was untenable and incredibly unsafe for them. The brothers spent years evading Thai Immigration police while being told that the police back home were on the lookout for them.

Wilson Chowdhry said: "There have been continued calls for amendments to the UK refugee determination policy which we have been informed by a UN Senior Protection Officer is closely modelled by the UNHCR. This is a grave concern to us given the grievous consequences we have witnessed by the UNHCR policy towards Pakistani Christians.

"UNHCR policy has proven problematic in third countries such as Thailand, and refugee camps in Greece.

Underscoring how the falsely set importance of UK policy was to the travesty of Pakistani Christians, he said: "Everyone is familiar with Asia Bibi's case, but there are so many others.

"In December 2018, two Christian brothers who had twice fled Pakistan for safety - How did they end up sentenced to death for alleged blasphemy, when they clearly required refugee status?

"Asylum seekers have limited options and because of this they usually end up seeking asylum in a country that has not signed the UN Convention on refugees.

"Christian refugees from Pakistan are not currently being properly accessed by UNHCR Thailand and many are being returned to face harsh and draconian penalties.

"Given the credence UK policy is given by international bodies, there is the expectation that British research is conducted with the due diligence to warrant this expectation of leadership - however the truth is far from this."

BPCA appreciates the efforts that are being undertaken under the leadership of the Foreign Secretary and the Bishop of Truro in assessing the true extent of Christian persecution across the globe, but the Home Office must also see the urgency and revise their refugee determination for Pakistani Christians to deal with the gaps in their assessment criteria.

Today BPCA has sent this article to the Home Office Department that is responsible for the Country Guidance on Pakistani Christians and will provide an update following a response. We have also sent on our article about the disappointing deportation of Asher Samson.