Pakistan: Church closures warning if security arrangements are not made 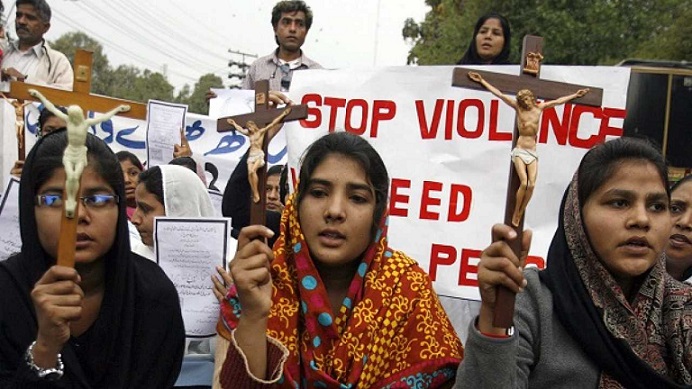 London: January 15, 2019. (PCP) Pakistani churches that fail to make their own security arrangements risk being closed down.

The letter stressed that those churches which failed to meet the standard would not be able to continue running, and would be sealed until they have their own satisfactory security arrangement.

Several churches have been attacked in the past, and hundreds of people have lost their lives during these attacks.

But the government has failed to bring the perpetrators to justice and now instead of providing security to them, it is shifting its responsibility to the churches.

The majority of churches are poor, and it will not be possible for many of them to make their own security arrangements, sadly resulting in some churches facing closure.

As well as the costs, many of the churches will struggle to meet the deadline as the government is yet to detail the minimum standards required.

It could mean anything from installing metal detectors, to the purchase of CCTV cameras.