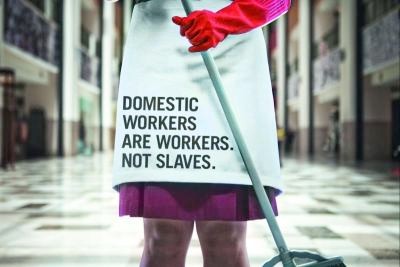 Lahore: January 22, 2019. (PCP) Human Rights Focus Pakistan (HRFP) appealed to Supreme Court of Pakistan for suo-motu action on torture issue of Saima Niaz aged 20 and her cousin Saneha (Salma) Mushtaq aged 11, both Christian domestic workers detained by employers and brutally tortured by police on the name of interrogations for fake allegation of theft at their employers’ home on 27th December 2018. After illegal detentions at employers’ home and in men’s police station of Chak Jhumra, when Saima’s video statement came through media, the police shifted both girls to women police station after registering FIR (First Information Report) on 09 January 2019 under section 381 ppc against both with same charges on Saima’s mother Rehana Kausar and 2 unknown persons, both were sent to district jail, Faisalabad.

Human Rights Focus Pakistan (HRFP) condemned the incident and from day 1st is supporting to victims & families through Legal Aid with advocacy & lobbying and other possible means for justice, families support and for safe release of Saima and Saneha. The case is challenged in Lahore High Court with proceedings through concerned Magistrate court and District & Session Courts, Faisalabad.

Naveed Walter president HRFP said that torturing through various means on Saima and Saneha during investigations have revealed the violations of their motto, “police job is to help you”. Their illegal confinement in men’s police station for 13 days without FIR registration, torturing her, hot water putting in her mouth, men’s cloths changing in their front, sexual harassments and usage of abusive language has shown the real face of cops. Only the suspension of concerned SHO is not a satisfactory step but the perpetrators must bring to justice and to be questioned that why they have alleged the 2 innocents and what are the actual facts behind’s the accusation of 36 Tola (419.9 grams) gold ornaments thefts of worth 1.9 million Pakistani Rupees ($13768 USD), he added more.

Naveed Walter said further, HRFP assisting to cases mostly come through REAT Helpline (0800-09494) at HRFP office with above 1000 phone calls a year are about Christian and Hindu girls abductions, forced conversions, sexual harassments, religious discriminations, possessions on minority’s worship places , graveyards and personal properties, blasphemy accusations and violations against minorities due to their religions and beliefs. The victims & families face further problems when they don’t aware that how to proceeds ahead and from where to get the relief to whom institutions may approached during violations especially when police don’t cooperate. It’s also a ground reality that mostly issues don’t come to media nor registered no contacts of human rights groups nor comes into the notice of authorities thus the victims spend their whole lives in same miserable conditions. While the issues becomes high profile even brought to process on time if they face resistance from perpetrators with support of religious elements , the justice delayed for years like Asia bibi. Naveed Walter said further, they are hoping for Saima and Saneha release soon but the challenges of their and family’s security will remain the same until their settlement, which is a routine’s big gap between judicial system and victim’s miseries which must be fulfilled by concerned authorities with cooperation of CSOs, he added more.