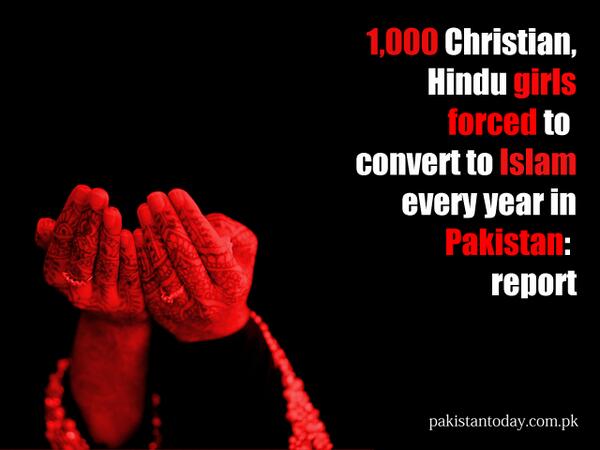 London: February 26, 2019. (PCP) A teenage Pakistani Christian girl has been kidnapped and forcibly converted to Islam.

After the abduction and member of the perpetrators’ family told her family she had been kidnapped but that she would be returned to them.

Believing him, Sadaf’s family waited peacefully for her to be brought back.

But after eight days, the perpetrators returned to say Sadaf was married and had embraced Islam as her new religion.

They showed them marriage certificate which falsely stated the child was 18.

The kidnappers threatened the family saying that if they tried to contact her they would face the consequences of the law.

A FIR is being used as a threat against all the Christian families in the village, so nobody can take a stand against the perpetrators.

Nasir Saeed Director of CLAAS-UK has condemned the incident and said the forcible conversion of Christian and Hindu girls has continued over the last several years.

He said: “Despite the matter being repeatedly raised with the Pakistani government, it has failed to tackle this problem.

“There are several reports by Christian and non-Christian organisations on the issue and even the international community has expressed its concern, but the Pakistani government doesn’t seem serious about resolving this matter.

“Unfortunately, law enforcement agencies side with Muslim kidnappers and instead of dealing with it as a case of kidnapping, consider such cases as conversion to Islam forcing the victim’s families to withdraw the case.

“And if victim’s family is successful in taking their case to the court, courts are equally not helpful and because of pressure from the Islamic groups bring sharia law in and decide the case in the favour of the kidnapper.”