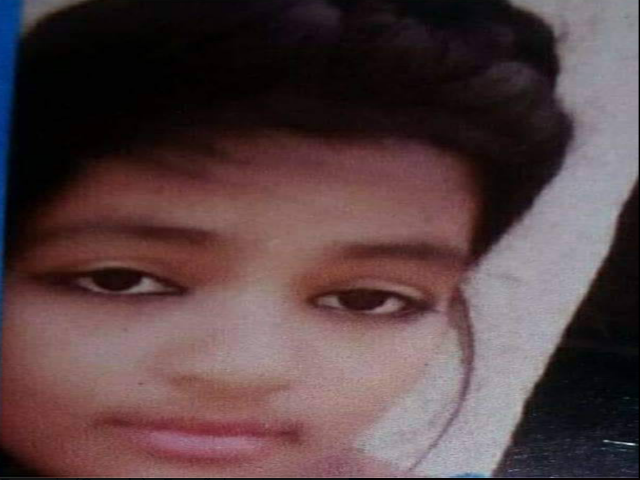 Following the kidnapping the perpetrators’ family informed Sadaf's family she had been taken but promised, that that they would bring her back.

Wanting to believe them and fearing an altercation, Sadaf’s family waited 8 days to hear whether the kidnappers would actually return their young daughter.

However instead the perpetrators returned to declare that the girl, who is not old enough to be legally married in Pakistan, was now not only "married" but had converted to Islam.

The kidnapper’s malice became clear when they showed the distressed family a falsified marriage certificate with her age listed as 18-years-old.

In typical use of the blasphemy law against religious minorities, the offending Muslim family said they would employ their influence with local law enforcement authorities, if the family ever tried to contact the young girl again. Worse still, they warned the beleaguered Christian family that they would accuse them of harassing the newlyweds if they took any action.

With the threat of a FIR hanging over the heads of Christian families in the village, they were forcibly intimidated into backing away from the situation at that time.

The police have been derelict in their duty to bring the obviously underaged girl back to her family, even though a case has now been registered against the culprits with the assistance of CLAAS, a charity that helps with legal cases, following an order of the session court.

These heinous is widely known in the NGO and human rights community, as a Muslim charity called "The Movement Towards Solidary and Peace" raised the alarm with their rather conservative statistic of 1000 religious minority girls being kidnapped, raped and forced into Islamic marriage every year. (click here)

These depraved abductions, rapes and forced conversions continue to occur despite legislation The Criminal Laws (Amendment) Act of 2016 being passed into law to protect religious minorities and children.

The Pakistani government has been disinclined to take action to help these young girls, and even when the marriage is clearly illegal, they fail to secure the girls a proper divorce. As in the case of another young girl Elisha (12) whose family sold themselves into slavery to pay for a lawyer to help them get her back.

The bullying by officials begins. with the police and follows families in this situation throughout the court system The anguish they experience is so great that instead of the culprits being charged all the pressure is exerted on the victim’s families to get them to drop the case.

Legal authorities usually side with Muslim kidnappers and do not believe that the now supposedly Islamic wife's conversion was forced. The reality is that these young girls, are often threatened, and told their families will be harmed if they do not comply or agree to whatever they told to do. When they are interviewed in a civil court, they are found not to have adequate knowledge to be deemed a Muslim convert.

Wilson Chowdhry said: "Sadaf an extremely vulnerable Christian girl joins a long list of victims who have been kidnapped by prominent Muslim men who are sexual predators.

"One can only estimate the amount of violence and degradation this poor child has had to endure whilst in captivity. The graphic account provided by Australian on-line grooming victim Lara Hall suggests Sadaf is being subjected to on-tap sexual servitude.

"While the numbers of forced Islamic marriage victims in Pakistan increases the world stays silent on this debilitating social malaise. Young BPCA volunteer Hannah Chowdhry recently reported how the average age of these victims is 13 yrs and Sadaf is an example of that average.

"The world has learnt nothing from the terrible accounts of grooming that have taken place across the UK, from Pakistani origin Muslim men.

"This social malaise is not something that stems from British values imposed on the UK Pakistani community but is an undesirable export from the Pakistani homeland - one that elicited a comment from Sajid Javid UK Home Secretary that BPCA wishes had been stronger.

"Ignoring the problem only serves to foster resentment and creates societal schism - perhaps allocating a proportion of the huge amounts of foreign aid sent to Pakistan to tackling this despicable social deviance would serve great purpose across the globe.

"Muslims who feel any level of sensitivity about this practice should endeavour to end it, rather than social-media trolling of those who are simply reporting them. People should be more disturbed that this is happening, than by the fact they are being informed about it."