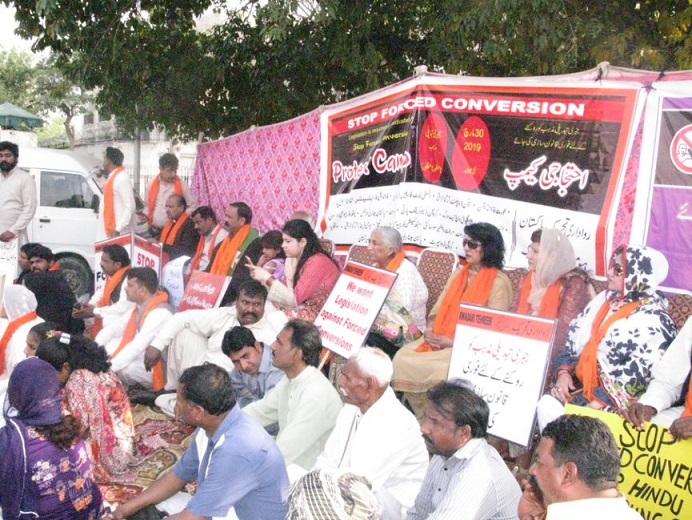 London: April 11, 2019. (PCP) A Pakistani court has ordered that a Christian teenage girl, who was abducted and forcibly converted to Islam after being made to marry a Muslim man in February, be handed over to her parents.

Shalat Masih, 14, was produced by police at Lahore High Court and said that she was abducted from Faisalabad and later sold to a Muslim man.

After forcibly converting her to Islam, a man called Zafar Iqbal married the underage girl who was renamed Ayesha.

During the hearing, Justice Tariq Saleem Shaikh ordered the girl be handed back to her parents.

In a similar case last month, two Hindu sisters were allegedly kidnapped by a group of "influential" men from their home in Ghotki district in Sindh.

Nasir Saeed, Director CLAAS-UK said justice has not been done with the girl and the family.

He said: “Handing the kidnapped girl back to their parents is not enough - the perpetrators have to be brought to justice.

“It is important to punish all those who were involved in kidnapping, selling, and then forcibly converting her to Islam.

“Kidnapping, rape and forced conversion of Christian and Hindu girls has been going on for a long time, but unfortunately government institutions are not paying any attention.”

Nasir Saeed further said the Government must take this matter seriously and legislate to stop the ongoing forced conversion of the Christian and Hindu girls in Pakistan.