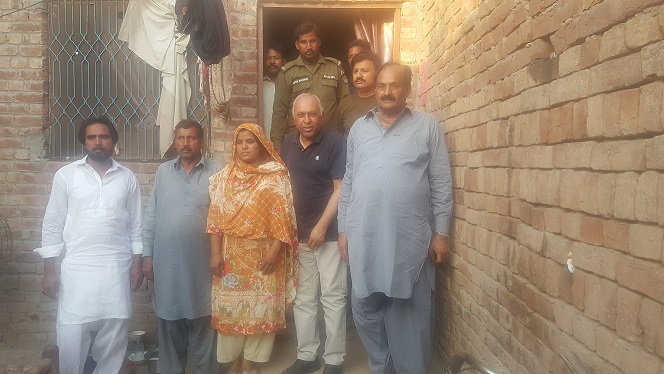 Lahore: April 16, 2019. (Khalid Shahzad) The 12-year-old Christian girl, Sadaf Emmanuel, was abducted from the forefront of the market at 9; 00 am on April 10, 2019, when she went out to buy milk for her grandmother tea in vicinity of Warburton.

The father of Sadaf Emmanuel has filed an application to booked Seven in the FIR at Warburton Police station, the police booked seven people and started investigation against these culprits.

The father of Minor Safdar said ` He is selling fruit and vegetable on bicycle and returned home in evening and his wife Maria working in factory. The mother of Emmanuel Tajj Bibi 75 is looking after the home.

The Culprits are not locals, they are living at rented house and planned to kidnap the young girl.

In Many cases the local police always support the accused due to religion bases and presenting marriage certificate to the court or police station for their save side.  The Muslim Nikakhawan don`t care for age or laws especially the girls from other religion.