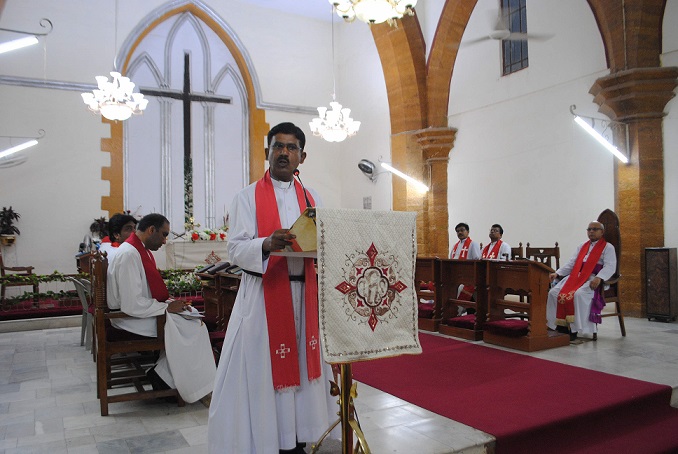 HYDERABAD: April 23, 2019. (Abbas Kassar) Pakistani Christian leaders have condemned terror attack on Churches in Sri Lanka on eve of Easter and have made appeal to UNO, Security Council, super powers world leaders and human rights bodies to take measures to eliminate religious hate, terrorism, extremism and religious discrimination from the world so that to restore peace.

The blast claimed 300 innocent lives while 500 others were injured. They said whole Pakistani nation condemned these blasts. However, they said security personnel in Pakistan remained alert on that day and prevented any kind of terror as no incident of terror took place.

They said that terror attack in Sri Lanka had sent wave of terror among the minorities in Pakistan and that they cancelled the eve of Easter festivities by offering prayers in Churches in Pakistan. They said Christians in Pakistan were equally in pain with Sri Lankan brothers.

They said they give message to whole world that all religions should take steps to eliminate terrorism from the world and change their thinking toward peace and harmony. Later the Christian leaders, journalists and members of civil society alighted the candles in memory of those martyred in bomb blasts in Sri Lanka.