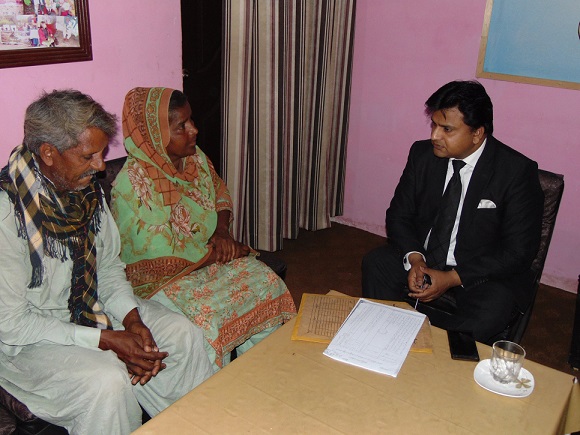 I think the number of unreported cases will be higher as victims’ families usually avoid taking police help, and girls are the most vulnerable in our society and have been used for everything.

The same story belongs to a couple who work at the brick kiln factory.

Surely bib wife of Salem Mash about 45 years has two daughters; Sonia aged 15 and Sanity aged 13. Sonia was middle school passed, and Sanity used to work as a domestic worker in the locality.

On the evening of August 24, 2018 at 6 in the evening Sonia and her younger sister were playing. While playing Sonia got injured and went to the doctor at nearby clinic along with her cousin brother. On the way to the doctor Sonia was kidnapped by an unknown man Mohr Ashraf. The young boy (cousin brother) returned home but Sonia didn’t. Her cousin informed Sonia’s parents that an unknown man has forcefully took her with him. The parents started searching her out and inquired at their relatives, neighbors and friends.

They kept on waiting but Sonia didn’t returned. They tried to find Sonia out for two three days but they found neither Sonia nor any single clue about her.

On September 2, 2018 a few local people named Kale Mash and Hakim Mash informed Sonia’s parents that they saw Sonia along with Mohammad Aram, Mohammad Ashraf and Tapir Ahmed. These three men were known to Sonia and her family and used to visits her house frequently. As soon as Sonia’s parents came to know about three of them they tried to contact them but get any positive response. They struggled hard to

get registered a case FIR against the culprits in the local police station but all in vain, police sis not take the matter seriously. After repeated visits and requests at the police station police arrested the culprits but they pressurized the family for compromise and withdraw the kidnapping case against Muslim culprits. The poor parents asked police to bring their girl back as they wanted to see her. The months passed but the parents could not see their daughter even single time.

On February 28, 2019 Surinam and Salem Mash (parents) approached CTS for legal assistance in the kidnapping case of their daughter. They also informed about the continue pressure by the Bricks factory owner, police as well as the culprits to withdraw the case. While weeping Surinam asked CTS shelter to live safe along with younger daughter Sanity aged 13 and her husband Salem Mash.  CTS assured the family full support and assistance in this case.