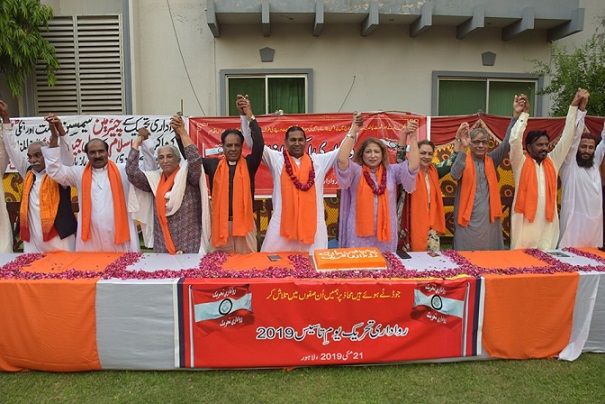 Rwadari Tehreek organizes similar get-togethers during Ramadan to bridge gap between different religions and faiths to express people’s unity against those spreading hatred, extremist thoughts and killing people in the name of religion.

Speaking to the participants of Interfaith Get-together and Iftar Mr. Samson Salamat, Chairman Rwadari Tehreek said that “Rwadari Tehreek is a bridge between the people of different faiths, religions, ethnicity and cultures and we want people to sit together on one table and decrease different misconceptions about each other and enhance understanding and respect”.

“Every year during Ramadan Rwadari Tehreek organizes similar gatherings and events to enhance in different parts of the country which is a display of unity against all those who are spreading hate and extremism and killing people though different forms of terrorism, using religion or sect as a tool”, Mr. Samson Salamat added.

Mr. Samson Salamat further added that today, we once again pledge to continue our struggle for a peaceful Pakistan, free from all kinds of biases and discrimination, extremism and terrorism and demand from the government to take appropriate action as per National Action Plan against all those who are a threat to peace and humanity”.