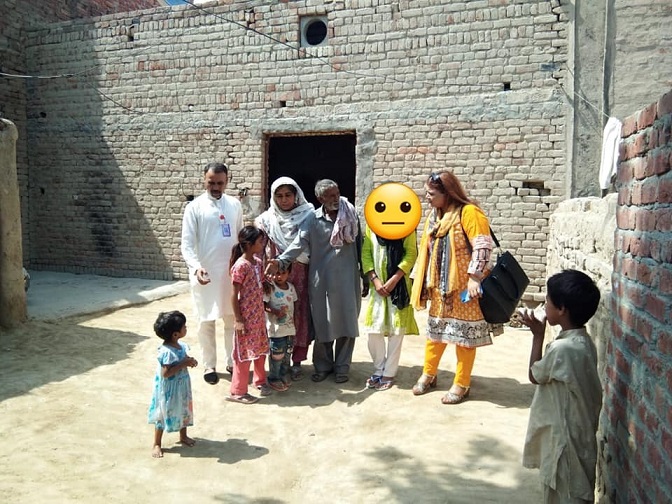 Sheikhupura: May 31, 2019. (PCP) Komal is a young Christian girl resident of a small town Ajniyawala district Sheikhupura about 15 kilomeeters from City Hafizabad. She belongs to a poor family. A Muslim man Attique Shah aged 32 forcefully entered in to her house and attempted to rape in the absence of her mother who was out for some work. Komal began crying and shouting for help, Attique Shah beat her and called her names as she was a Christian girl who has no worth but she is just like a an animal. Later her mother came to home and she heard cries of Komal in the street. She rushed towards the room where Attique Shah sexually harassed Komal, tortured and attempted to rape.

Komal was shivering in a great fear and she asked her mother to save her. Uzma was aggressive towards Attique Shah, but he started beating her too. Uzma was so laud and the people passing in to the street came through the terrible scene but no one helped this poor family and left quietly because Attique Shah is a rich and an influenced man. On the other side he threatened people for life if they offered any kind of help to the victim family.

Uzma Shahzadi and her old father Iqbal Masih went to the police station to file a complaint against Attique Shah but police was not cooperative. Uzma along with her father approached Christians’ True Spirit - CTS for legal assistance and protection as they are on continue life threats by the accused.

CTS team headed by Katherine Sapna Director visited the family and also met the locals. The team encouraged the people to be united and supportive to each other in every matter. Katherine Sapna is committed to provide legal assistance as well as

shelter to the family and ensured every kind of support to this vulnerable community to live safe and in protection.

The team visited the local Police Station and urged the police to provide security and protection to this poor family to keep their life safe. Police will be responsible in the case of any unpleasant situation said Katherine Sapna clearly. Mohammad Anwar Syaal the Station House Officer (SHO) promised CTS team for providing safety to the victim family.