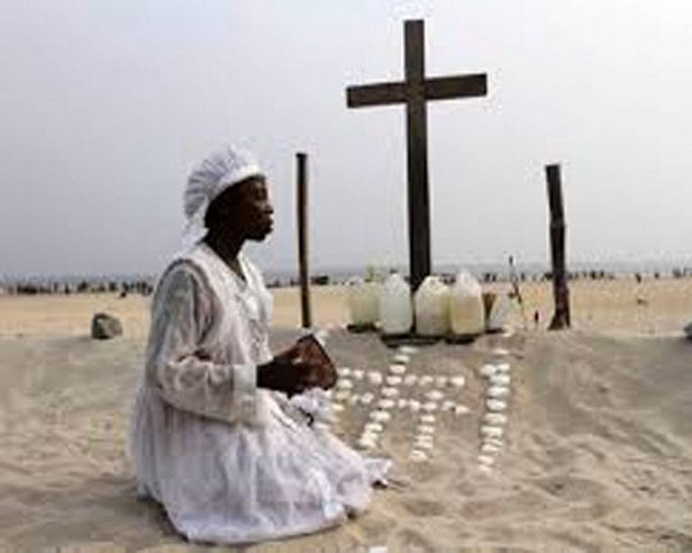 ABUJA, NIGERIA: June 24, 2019. (Stefan J Bos for BosNewsLife)– Police forces have liberated a priest in southern Nigeria who was abducted by suspected Fulani herders after Mass.

Last week’s liberation of Isaac Agubi was an extraordinary success for security forces who have been unable to end anti-Christian attacks by Muslim fighters, including Fulani, that have killed hundreds of people this year alone.

Local hunters reportedly helped police forces to find the kidnappers’ forest hideout on Tuesday, June 18. One of the kidnappers was believed to have been injured in an exchange of gunfire before his arrest by police.

The other abductors reportedly abandoned priest Agubi as they fled the scene.

Catholic church sources and local media linked the abduction to nomadic Fulani herdsmen, who are mainly Muslim. The Fulani have been part of worsening violence elsewhere in the West African Sahel region.

Separately, in northern Nigeria, at least 150 people were killed over the past week and nine others kidnapped by Fulani and other Muslim hardliners including fighters of the feared Boko Haram terror group, church and media sources said.

Twenty-five people were killed in Sokoto State last Saturday, June 15, in raids carried out by Fulani groups, according to several media reports. Herders in Ondo State were also seen kidnapping a woman and her stepson who were on their way to Mass.

Archbishop Augustine Akubeze, of Benin City, has decried “the unprecedented level of insecurity.”

BosNewsLife linked the violence to two issues: Militants of Boko Haram want to establish a strict Islamic state without Christianity, while Fulani herders fight with the indigenous Christian farmers over land and water rights.

Analysts say that the clashes are getting worse because of rapid population growth in Africa’s most populous country.

The violence has also taken on an ethnic and religious dimension, with politicians accused of inflaming the violence for political ends.

Nigerian President Muhammadu Buhari has condemned the latest unrest. He urged all involved “to come to terms with the fact that mutual violence has no winners.”