US Warns: ‘Christians Most Persecuted Group’ 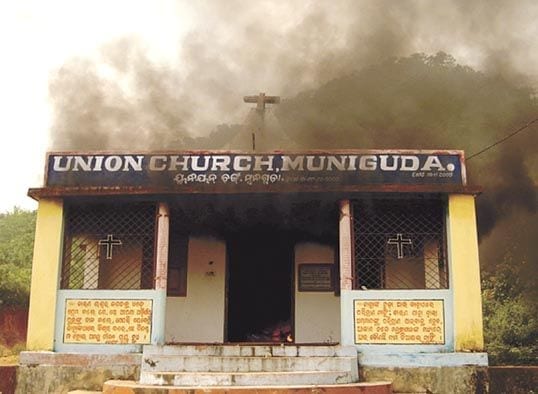 WASHINGTON, USA: July 1, 2019. (Stefan J Bos for BosNewsLife)– Leading U.S. lawmakers and government investigators suggest that Christians are now the world’s most persecuted religious group amid reports of mass killings and other attacks in China, Nigeria, Iran, and other nations.

They made the comments during a bipartisan hearing at the U.S. Congress in Washington D.C. hosted by Rep. Chris Smith, a New Jersey Republican who co-chairs the Tom Lantos Human Rights Commission along with Rep. Jim McGovern, a Massachusetts Democrat.

“Like many of you, the news that Christians in Sri Lanka were killed in a series of coordinated bombings on Easter Sunday saddened and sickened me,”

said Smith in comments obtained by BosNewsLife. “As shocking as such news was, I cannot say it was surprising.”

Citing John Allen, the author of the Global War on Christians, Smith said that the book observed that “the shocking thing about the carnage is that it is not shocking – and instead forms part of an ugly, predictable global pattern.”

From North Korea, viewed by advocacy group Open Doors USA as the worst country for Christians, to Syria, where Christian minorities were viciously targeted by Islamic State militants, the June 27 hearing offered a global overview on persecution. It also examined sources of anti-Christian bias and American policy responses.

Citing a recent study by U.S. thinktank Pew, Brownback noted that, “Christians face the most widespread harassment of any religious group, targeted in 144 countries globally.”

Brownback’s first testimony before the Commission follows the June 21 release of the State Department’s report on international religious freedom globally. His remarks also followed the Easter Sunday attacks on April 22 in Sri Lanka which killed more than 250 and wounded more than 500 innocent worshipers, including many children.

The ambassador and former Kansas governor also singled out Iran and Nicaragua for their reported abuse of people of faith, and also took aim at what he views as China’s especially brutal treatment of its own citizens. “In addition to its systematic and well-documented repression of Muslims in Xinjiang, Buddhists in Tibet, and Falun Gong practitioners throughout the country, the government has recently accelerated efforts

She focused her remarks particularly on Pakistan, as well as Eritrea and Burma, also known as Myanmar.

“Pakistan is a country where both the government and nonstate actors have long committed egregious abuses against Christians,” she stressed.

“Over the past year, state security forces have disappeared dozens of young Christian men in Karachi. While many have been released, there is widespread fear in the community that the government will escalate these arbitrary arrests. Forced conversion of young Christian and Hindu women into Islam, often through bonded labor, remains a systemic problem. Many are kidnapped, forcibly married, and raped.”

David Curry and Tom Farr, the presidents of Open Doors USA and the Religious Freedom Institute, respectively, rounded out the hearing.

For over 25 years Open Doors USA has released its World Watch List (WWL) documenting violations against Christians. It found, conservatively, that last year 4,146 Christians were killed for their faith, meaning that 11 Christians were killed, on average, every day. Also, 2,625 Christians were detained without trial, arrested sentenced and imprisoned, the group said, adding that over 1,266 churches were attacked.

His group has attributed the increase to the spread of Islamic jihadist ideology in nations such as Nigeria, Somalia, Afghanistan, Syria, and Iraq, where it believes theologies of hatred toward Christians are widely propagated.

The rise of extreme nationalism in Asia is another factor, with India listed as 10th on the WWL as leading Hindu hardliners claim Muslims and Christians cannot be truly Indian.

“It’s resulted in a shocking rise of attacks in Christian churches, with nearly 300 churches attacked thus far in 2019 and hundreds of cases of pastors held without trial—just for being Christian pastors,” Curry added.

Curry also noted that Communist-run countries such as North Korea are hostile towards citizens practicing their faith in Christ or other religions.

He described North Korea as “the most oppressive place on earth to practice religious faith.”

“They are Uighur Muslims, Tibetan Buddhists, and Christians, both Protestant, and Catholic. The Muslims of Xinjiang province are being

subjected to a massive anti-Uighur and anti-Muslim campaign that is staggering in its sweep and totalitarian sophistication.”

The Tom Lantos Human Rights Commission also received two written submissions, including from the government of Hungary which has set up an office for persecuted Christians. It coordinates humanitarian efforts to help rebuild Christian communities in Iraq that had been targeted for destruction by Islamic State, and other countries.

Hungary’s fiercely anti-migration government has made it clear it wants to help persecuted Christians to remain in their own countries. Another written testimony came from former USCIRF Commissioner Elizabeth Prodromou who focused on reported religious freedom violations in Turkey and Turkish-occupied Cyprus, amid broader concerns about the spread of radical Islam in the region.

The bi-partisan Tom Lantos Human Rights Commission was established with the unanimous consent of the United States House of Representatives in 2008. It is named after the late Tom Lantos, a Hungarian-American and the only Holocaust survivor to have s