Policies of persecution of Sindhis in Pakistan must seize immediately. WSC 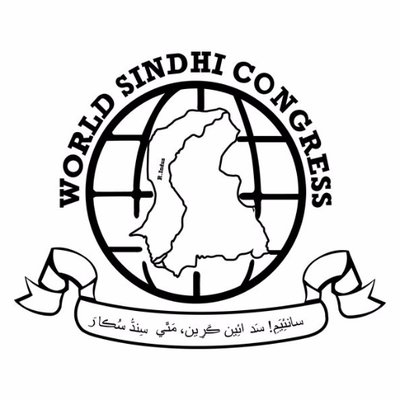 LONDON, UK: September 29, 2019. (PCP) The current situation in Sindh is marked by continuous human rights violations and an environment of fear and oppression. The Sindhi people are facing immense violence at the hands of Pakistani state security agencies. Enforced disappearances and extrajudicial killings of political and human rights activists have risen steadily.  The inconsiderate implementation of the China Pakistan Economic Corridor (CPEC) continues. It is clear that Sindhi people will be disproportionally and negatively impacted by these projects, including infringement on their lands, misappropriation of their resources, and undermine their survival.

These issues were the focus of the 31st International Conference on Sindh held at the University of Westminster, Harrow Campus, London, on September 28th, 2019. The conference is organized annually by the World Sindhi Congress (WSC), a human rights advocacy group, based in the UK, USA, Canada, and Sindh. More than 200 delegates attended from different parts of UK, EU, USA, Canada, India, Afghanistan, Balochistan and Sindh.

The panel on Building Bridges and Community Alliances marked the beginning of the conference and significantly invoked oppressed nations in the state of Pakistan.  The spirit of solidarity and inclusion of this panel through which the marginalization of Balochi; Pashtun, Siraiki  were brought vividly to the audience underscored the importance of collective understanding. Among the eminent panelists were Dr. Naseer Dashti, Baloch Human Rights Council, UK; Dr. Zakir Sadat, Afghan Unity Movement, UK; and Shafi Naqi Jamie, a veteran Journalist.

The session on Democracy, Human Rights and National Self Determination brought a range of voices from across continents. The journalist in exile Taha Siddiqui, now based in France, spoke of the steadily increasing censorship of media and dissenting voices in Pakistan. Academic Rita Kothari from India spoke of re-imagining cartography of Sindh as one defined by language and memory. She distinguished between hegemonic and authoritarian regimes, and drew attention to illegitimacy of identity in hegemonic societies. Her research has been based on the Sindhi diaspora in India. One of Sindh’s most experienced commentator, leader, activist Mr. Rochi Ram stressed upon negotiation and dialogue as the need of the hour. Leading activist and intellectual Khalique Junejo recalled how Pakistan had failed by its own claims at the time of its making. The 1940 resolution which formed the foundational document of the state of Pakistan mentions that constituent units (including Sindh) should be autonomous and sovereign, while in practice today Pakistan has turned to be worst.

On the auspicious occasion of the 31st International Conference, the World Sindhi Congress (WSC) is honored to present the following resolutions for approval of this august gathering:  Right to Self Determination This Conference requests the International Community to recognize and help to resolve the issue of the right of self-determination of Sindhi nation under the auspices of the United Nations.  No Dams on Indus River The Conference rejects the initiatives to build a Diemer-Bhasha Dam on the Indus River. Sindh and indigenous people of Sindh are already suffering from the shortage of agriculture water and required discharge into the Arabian Sea to block the seawater intrusion into the mainland.  The world is moving away from mega-dams because of the enormous cost and significant damage to the environment and the people. The Conference also demands Chief Justice of the supreme court to stop collecting funds for the dam as he has no authority. It is beyond mockery of the justice system of the country.  Protecting the Demography of Sindh The Conference resolves and calls upon the government to recognize and protect the inalienable right of the indigenous people on their land and its resources. All undocumented immigrants including Afghans, Burmese, and Bengalis be repatriated to their native countries. Work permits should be issued to people of other provinces of Pakistan and they should not have right to vote or buy immovable property in Sindh.    Civility in political discourse This conference condemns the language used by PTI ministers and office bearers to sock division between permanent residents of Sindh and demands the administration to act against who are involved. China Pakistan Economic Corridor (CPEC) The Conference resolves that CPEC project should be ceased immediately.  The more information coming to light and more we understand that this project is designed and implemented for the benefits of China only. China designed the project that untimely country cannot pay back the loans and give up their rights on the projects as it did in Sir Lanka and other Asian and African countries.  Integrity of Sindh

WSC expresses its deep resentment on recent demand of more provinces in Sindh by Pakistan establishment through their proxy ally. These proxies are promoting ethnic hatred and acrimony among the permanent residents of Sindh. WSC urged peace-loving people of Sindhi and Urdu speaking communities to defeat all such designs of dividing them and thrusting a communal conflict in Sindh that serves cheap desires of ruling elites of Pakistan. WSC believes that Sindh is not an administrative unit but a historical entity which cannot be divided at the whim of an opportunist group. WSC believes that people of Sindh will protect the integrity of Sindh at any cost.   Extra-Judicial Killings, Enforced Disappearances in Sindh Sindhi nationalists and other political activists have always been a target of the security apparatus of the Pakistani establishment.  Things haven’t changed even in the current government:  Extrajudicial killings and involuntary disappearances continue to be a norm in Sindh.  A number of nationalist workers have been abducted by security agencies. Therefore, this august house resolves and urges the governments of Sindh and Pakistan to

•       Stop kidnapping, killing and attacking Sindhi and other political workers and activists.

•       Conduct a judicial inquiry into the incidents of extrajudicial killings

•       Declare whereabouts of all the missing and illegally detained people and produce them in a court of law if they are accused.

•       Protect the life and liberty of all the citizens, including the ones who are engaged in a peaceful struggle for the rights of their land and people.  Violence against Indigenous Sindhi Hindus This House condemns the continuous atrocities against Sindhi Hindus, mainly targeting women and teenage girls, who are being indiscriminately abducted, raped and forcibly converted to Islam.  In the last few years, scores of such incidents occurred. There is a lack of security of religious places of Hindu community. In previous year numerous incidents of attack and vandalism were reported.  Therefore, this Conference urges that perpetrators of these crimes should be brought to justice and the safety and dignity of Sindhi Hindus and other religious minorities be ensured.   The proliferation of Extremism in Pakistan WSC Condemn the rise of systematic extremism in Pakistan. This state-sponsored increase in Sindh has resulted in the extreme attacks on peace-loving and secular people of Sindh. The suicide attacks on Sufi Shrine of Lal Shahbaz Qalandar and Shia's mosque in Shikarpur, killed men, women, including children. WSC believes the Pakistan establishment systematically promotes fanatics by opening madrassahs in Sindh using notorious terrorist Hafiz Saeed and other religious and banned outfits. We urge the international community to stop the spread of terrorist ideology in the peace-loving land of Sindh.  Education This Conference expresses its grave concern over the rapid deterioration of education in Sindh. The lack of education facilities right from the Primary school to University and rampant corruption in the education department has ruined the education of Sindh annihilating future of Sindhi nation It is, therefore, resolved that

•     Education emergency should be declared in Sindh, and corrupt elements should be purged from the department to salvage education of Sindh.

•     All education institutions mainly Higher Educational institutions are funded sufficiently and given administrative and academic autonomy.  Bad Governance, Government Corruption, Lack of Development Programs and Employment Opportunities: WSC believes that governance in Sindh has attained the state of a crisis. Sindh has been deprived of resources for development by successive governments and the meager resources allocated for growth are being embezzled with complete disregard of civilized norms of governance.  The problem is further complemented by a crippling law and order situation. Because of these factors, human development in Sindh has touched rock bottom, economic activities are at a halt, unemployment among youth is spiraling, and poverty has reached alarming levels.  Therefore, this Conference resolves and calls upon the current governments in Sindh and Pakistan to immediately address governance issues, restore law and order and allocated substantial resources in development projects to generate employment and improve quality of life in Sindh.    The Separation of Religion and State Affairs WSC believes that the Pakistani constitution provides a basis for extremism and discrimination by intertwining religion and state affairs.  Therefore, the Conference resolves and calls for the separation of religion from the state affairs in Pakistan.

The Conference Resolves that people of Sindh should have total control and absolute authority over the possession and use of their natural resources.

The Conference Resolves Power to levy and collect taxes should rest entirely with Sindh and other independent nations of Pakistan. Bharia Town and DHA city Bahria town Karachi is nothing but occupation and naked loot plunder of the land of Sindhis. It is destruction in the garb of development resulting in the destruction of more than 40 villages, schools, graveyards and historical places. The foremost culprit is the peoples party government while state institutions, including supreme court are also responsible. We demand that this illegal and anti-Sindh scheme should be canceled immediately, and the land returned to its original owners.  Issue of Passport to Human Rights Worker Saaiin Baseer Naveed