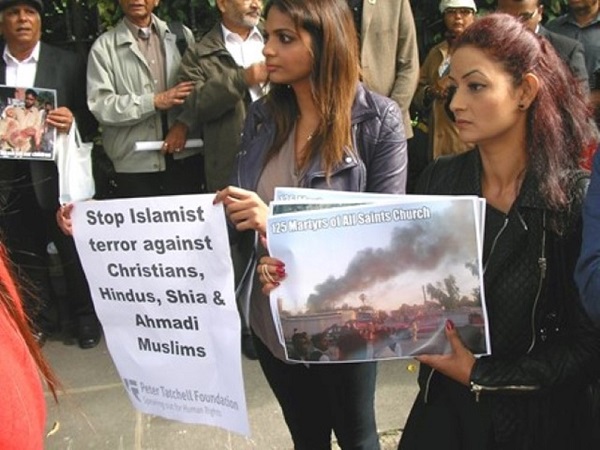 BPCA shared a number of its key concerns relating to DFID’s stated position that it has no idea how much of its aid reaches destitute, desperate and persecuted religious or ethnic minority Christians, Hindus, Ahmadis and Kalash in Pakistan. It asked the Inquiry team to reflect upon the following key concerns that have also been raised in parliament by Baroness Cox, Lord Harries of Pentregarth and Lord Hogan-Howe:

● Baroness Cox: Horrific “testimonies are indicative of the wider context of Pakistan’s serious violations of human rights, yet our abject refusal to insist that minorities are prioritised” in our aid programmes “only reinforces Pakistan’s culture of impunity because it gives the impression that the UK does not care when victims are subjected to unspeakable violence. Where is British aid money being spent? Will Her Majesty’s Government specifically [get down to] tackl[ing] the plight of minorities? That includes support for adherents of different religious faiths who suffer at the hands of extremists, including Shia and Ahmadi Muslims, Sikhs, Hindus and Buddhists as well as Christians”.[ii]

● Lord Harries of Pentregarth: “I am afraid it is all too easy for the elites, whether in Pakistan or this country, to live in an environment divorced from the reality of life for so many. The fact is that the blasphemy law in Pakistan is blighting the lives of countless people, causing apprehension, anxiety and in some cases imprisonment and death … We know that the blasphemy law is being used to settle grievances and vendettas in villages ... I hope that the Minister will take from this debate a clear message that aid needs to be directed towards minorities”.[iii]

● Lord Hogan-Howe: “The UK’s anti-trafficking programme is well established in Pakistan, but if it remains blind to religion it will be less effective as a result. I serve as a trustee of an anti-human trafficking charity, the Arise Foundation. It summarised the problem, that ‘prevention work is most effective when it addresses why people are at-risk. If our aid programmes remain blind to the fact that the faith of these girls is putting them at risk, how can they possibly be effective?’ ... What steps are being taken to incorporate religion as an indicator of vulnerability in [DFID’s aid projects in] Pakistan?”[iv]

BPCA also drew attention to the way in which many DFID educational aid-linked projects in Pakistan have not been designed or implemented in a transparent or publicly accountable manner. Many DFID projects also fail to effectively:

a) assist many of the poorest, most marginalised and most vulnerable people/communities in Pakistan.

b) provide ‘value for money’.

c) help Pakistan to get closer towards realising a number of Sustainable Development Goals (SDG’s).

In its submission, BPCA additionally shared Lord Alton’s concern - expressed in a recent July 2019 House of Lords debate - that DFID:

a) currently fails to tie (or consider tying) aid provision in Pakistan to the provision of an affirmative action programme, endorsed by Pakistan’s very constitution.

b) has failed, despite the human rights crisis in Pakistan, to adopt recommendations made to it in a 2016 All-Party Parliamentary Group for International Freedom of Religion or Belief Inquiry report “to ensure that overseas aid is provided in Pakistan only to recipients able to demonstrate their commitment to upholding Pakistan’s international human rights obligations, not least Article 18 of the 1948 Universal Declaration of Human Rights, which guarantees the right to believe, not to believe, or to change your belief”.

d) could not make aid conditional on the removal of discriminatory adverts reserving menial jobs for minorities such as Christians, Hindus and ‘Others’.

We also asked the Inquiry team to consider why DFID doesn’t consider it to be ‘best practice’ to ban in its education-funded schools and linked schooling projects in Pakistan all the following discriminatory actions that are known to take place in schools against Christians and other targeted minority religious groups:

-being abducted and raped, and possibly being forced into below legal-age marriages

-being segregated in apartheid-like conditions (e.g. being seated separately whilst teaching in classrooms or whilst eating during lunch-times; not being allowed to use washrooms/toilets/the safe drinking water facilities in schools lest they ‘pollute’ them for Muslim students).

BPCA also suggested to the inquiry team that DFID can assist Pakistan with improved Sustainable Development Goal outcomes in its educational and other aid projects should it “look at” and “pay heed” to the research findings of Professor Brian Grim and adopt operational programme guidelines that insist that “minorities are respected and religious freedom upheld”: “The work of Professor Brian Grim on 173 countries … found that where minorities are respected and religious freedom upheld, that ‘contributes to better economic and business outcomes’ and to ‘successful and sustainable enterprises that benefit societies and individuals’”.[v]

We also made reference to key reports that document the manner in which publicly unaccountable decision-making has led to DFID promoting major educational aid initiatives that have problematically shaped Pakistan’s national and provincial development and educational strategies in linguistically genocidal and other detrimental ways that do not enhance its capacity to move towards attaining several key Sustainable Development Goals. We hope that the International Development Committee’s inquiry team reflects upon the findings of our report.

[i] Desmond Fernandes is a former Senior Lecturer in Human Geography at De Montfort University and author of the BPCA’s books Call it by its name: ‘Persecution!’ – BPCA’s response and update to the Home Office’s CPIN – Pakistan: Christian and Christian Converts (2018) and its linked May 2016 report (2019) and Education, Human Rights Violations in Pakistan and the Scandal involving UNHCR and Christian asylum seekers in Thailand (2016, 3rd edition). He is also co-author of The Targeting of Minority 'Others' in Pakistan (BPCA: London, 2013) and The Education System in Pakistan: Discrimination and the Targeting of the 'Other' (BPCA: London, 2014).