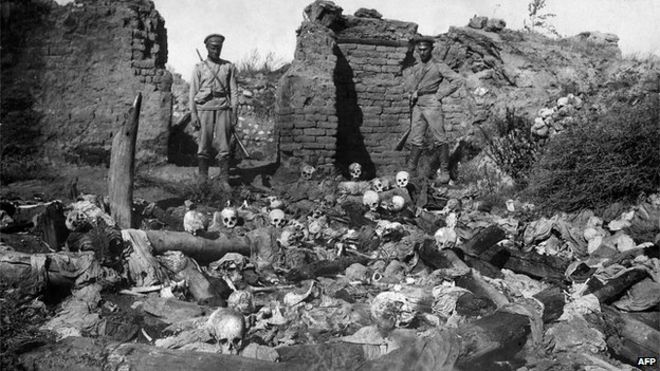 Washington, D.C: October 29, 2019. (PCP) Today, the House of Representatives voted 405 yays to 11 nays, to recognize the Armenian Genocide, a clear condemnation of the Turkish government’s denial of the atrocities committed by their predecessor’s against Christians.

More than a century after this crime by the Ottoman Empire, in which they took the lives of 1.5 million Armenians Christians, the United States federal government is rejecting genocide denial and formally recognizing the Armenian Genocide.

The resolution also identifies the genocidal attacks of the Ottoman Empire towards the Greeks, Assyrians, Chaldeans, Syriacs, Arameans, Maronites, and other Christians.

"The Christians all across the Middle East were impacted by the Armenian Genocide. In Lebanon, 250,000 Maronites were starved to death by the Ottoman Empire. My family was forced to flee and came to America. By passing this resolution today, American has said clearly that we side with the victims of atrocities and will no longer ignore the Turk's history of ethnic cleansing." - Toufic Baaklini