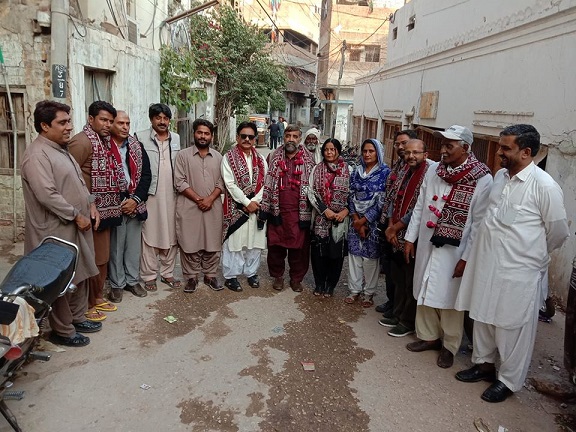 Addressing the gathering president HUJ Farhan Effendi said HUJ was striving for achievement of rights of journalists, reporters and cameramen and photo journalists who, he added, were under present political mismanagement. Whole journalist community of Pakistan was suffering as with strains and blockade of advertisement bills and also further denial to print media, thousands of working journalists have been sacked. He made appeal to other unions of journalists to at least work jointly to save jobs for media workers.

Earlier SNT chairman Kamran Asraf Noonari welcomed newly elected body of HUJ by saying that political and social workers cannot succeed in their struggle for rights of downtrodden and poor without cooperation of media print and electronic. He assured full cooperation of his Tehrik to journalists for achievement of its goal.