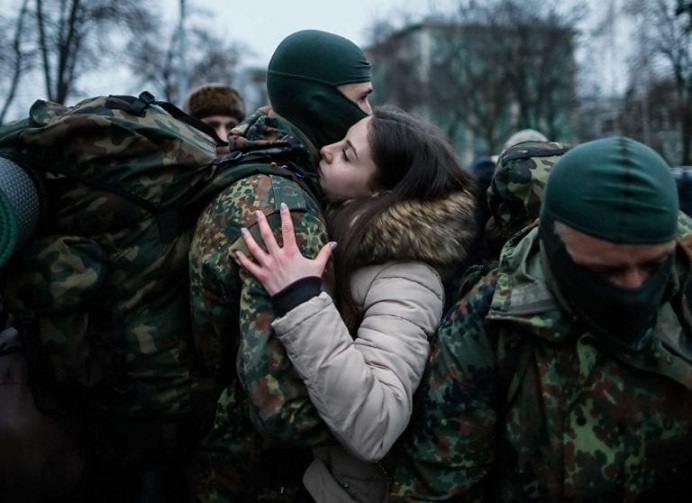 BUDAPEST/KYIV: (BosNewsLife) Ukraine’s new president says he believes that talks with leaders of Russia, France, and Germany will help achieve a lasting cease-fire in the country’s separatist conflict. But reports of fresh tensions between Ukraine and others involved in the talks are complicating the gathering in Paris on Monday.

During their peace gathering in Paris, he must prove he has the political skills to help end more than five years of fighting in eastern Ukraine. The conflict government troops and Moscow-backed separatists killed more than 14,000 people, and a cease-fire has remained uncertain.

Commentators have already warned that the political novice arrives at the table with the veteran Kremlin leader in what appears to be a less-advantageous position. They say that Zelenskiy still hasn’t had the White House meeting with U.S. President Donald Trump that he sought

to bolster his stature on the world stage.

And French President Emmanuel Macron, the host of the meeting, has made clear recently that he wants to re-establish normal relations. Those ties are tense after five years of Western sanctions imposed on Moscow over its actions in Ukraine.

Also, Macron and the other mediator in the talks, German Chancellor Angela Merkel, will be meeting Zelenskiy for the first time since it emerged that he criticized them. That allegedly happened in his July 25 phone call with Trump that has become the focus of an impeachment investigation against the U.S. president.

However, ahead of what is known as the Normandy Four summit, Ukrainian President Zelenskiy tried to ease tensions when meeting with German Foreign Minister Heiko Maas in Kyiv.

Soon after welcoming him with the obligatory handshake, niceties, and smiles, Zelensky praised Germany’s role in the peace process.

Zelensky told the German minister that he wanted to thank him for “supporting the protection of Ukraine’s territorial integrity and sovereignty. “

He expressed hope that the Normandy Format summit would contribute to a peaceful settlement of the conflict in eastern Ukraine.

Despite the challenges, Ukraine still has support from the European Union, its biggest foreign donor.  And, German Chancellor Merkel has strongly supported maintaining sanctions on Russia.

However, it remains uncertain whether Kyiv will be able to re-establish control over eastern Ukraine, where Russian separatists have declared republics. Russian Foreign Minister Sergei Lavrov already urged Germany and France to put pressure on Ukraine’s leader to make concessions during the upcoming summit.  “We hope that they [Paris and Berlin] will use their relations with Kyiv to make them aware that there is no alternative to the full implementation of the Minsk peace agreements,” he said.

Minister Lavrov added that such signals from Paris and Berlin are “all the more critical” amid “contradictory messages from the administration of Ukrainian President Zelenskiy and members of the Ukrainian government.”

He said Kyiv had “signaled there would be no amnesty given” to those involved in the conflict in eastern Ukraine as is set out in the Minsk agreements and “no direct contacts between Kyiv and the Donetsk and Luhansk areas controlled by separatists.”

Minister Lavrov stressed that Germany and France should make clear to Ukraine that the Minsk agreements are the only way towards ending the conflict in eastern Ukraine. The conflict broke out after elsewhere Russia annexed Ukraine’s Crimea Peninsula.

But Ukraine’s new president hasn’t given up hope that international summit next week will help achieve a lasting cease-fire in eastern Ukraine. He also hopes to negotiate a quick deal to exchange all prisoners held by the warring parties.

Ukraine and Russia already struck a prisoner exchange deal in September. And they agreed on a troop pullback from two locations in eastern Ukraine as part of efforts to pave the way for the Paris talks. Russia has also released three Ukrainian navy ships seized in a Black Sea incident a year ago.

(This story is part of BosNewsLife’s regular WORLD WATCH series focusing on news developments impacting the Church and/or compassionate professionals in especially but not limited to (former) Communist nations).