Condolence on a sudden demise of Mr. Munir Khokhar, MPA from PLM(N) 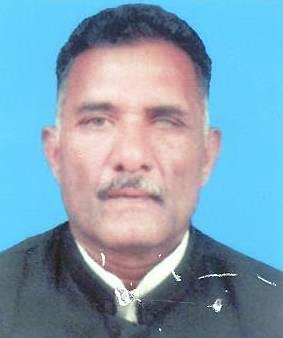 Lahore: The Pakistani Christian Parliamentarian’s Forum is deeply saddened as it mourns the death of Mr. Munir Khokhar, MPA on December 9, 2019.  He was born in Nishat Colony Lahore.  From the very early days of his life he served the oppressed Christian communities at Lahore in particular.

He resented injustice and discrimination against Christian and other minorities and campaigned ceaselessly to recover the human rights and strengthen the democracy, have been withheld and usurped by successive PLM(N).

He was a fearless and brave man who dared the oppressors in whatever shape or form they appeared in front of him. He believed in the vision of Qaid-i-Azam that signifies that Pakistan must be free from discrimination against minorities.

In his struggle, he was shot at and lost both his eyes as he led a Christian campaign to retake possession of a Christian graveyard in Lahore Cantonment.  In spite of total blindness, he continued to serve the Christian community and Muslim League (N) until breath the last.

Mr. Munir Khokhar had a privileged to be a founding member of the Pakistani Christian Parliamentarian’s Forum that held its first meeting in Pearl Continental Hotel on 12th November 2019. He vehemently supported the vision of Dr. Peter J. David that such a Form must be constituted as soon as possible to address the prolonged suffering and frustrations of Pakistani Christians. All Christian Parliamentarians express their deep appreciation and gratitude for the exemplary service and life of Mr. Munir Khokhar.

At this difficult time, the family, friends and fellow campaigners of Mr. Munir Khokhar remained in the thoughts and prayers of the entire membership of The Pakistani Christian Parliamentarian’s Forum.