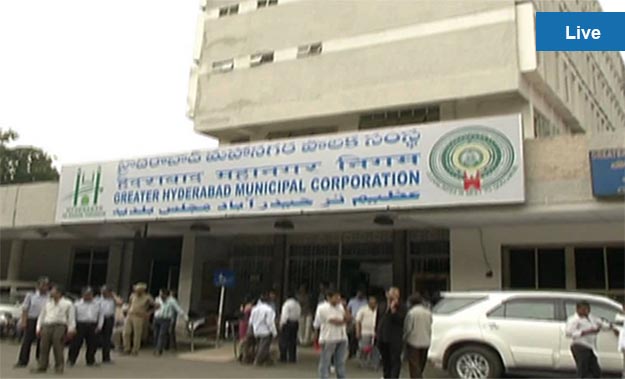 HYDERABAD: (By Abbas Kassar) City Mayor Syed Tayyab Hussain has said weak financial position was hurdle in way of municipal works. He said federal and provincial governments were not paying HMC its due share of octroi share as such they were trying hard to cover up municipal affairs. He was addressing traders and industrialists at conference hall of Hyderabad Chamber of small traders and small industry. He said encroachment may benefit municipal staff but nothing for municipal financing. Yet the campaign against encroachments from main passage ways continues to total removal. He said as per municipal budget we cannot remove waste from roads and streets at morning and evening times as such only it is taken in morning time only and also due to fact that in our city shops and business starts to open at 12 noon or 1 pm. The reason that waste is seen in streets is that after opening of shops the dust is thrown on roads. Syed Tayyab Hussain said the waste carriages are 25 to 30 years old which were being repaired to keep same in working condition. Then they have no authority on road cuttings, WASA and Building Control Authority. He said they have no funds to purchase new vehicles. Provincial and federal government make announcement for packages but same are not received by municipal corporation. ADP share is also given on district which does not benefit them, he added.

City Mayor said district health officer does not provide HMC with drugs for anti-mosquito sprays or anti rabies. However, some kind of work is carried out of municipal budget. He asked chamber president to use his influence to help HMC getting funds as chambers of commerce and industry have great role in this context around whole world. He also made appeal to philanthropists for donation towards beautification work of city.