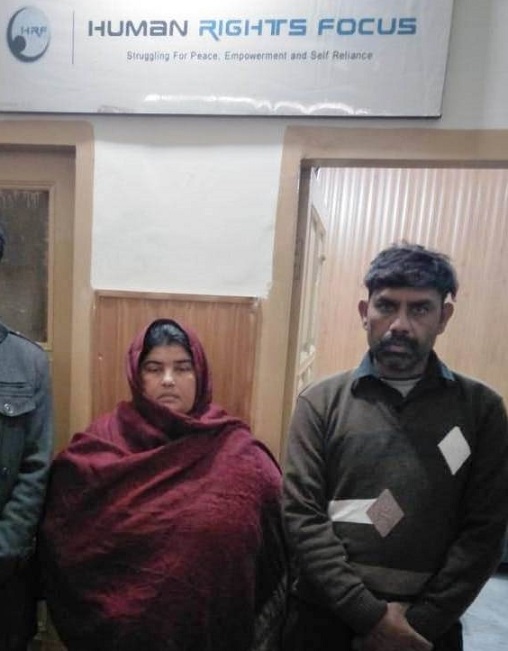 Naveed Walter president of HRFP said that the First information Report (FIR) was registered at local police station, Faisalabad on 15 December 2019 but still the family is facing threats and police biased behavior is also continuing.

While visiting HRFP office, Safia bibi and Shahid Sardar (parents of victim) shared that they heard about their son’s missing on 14th December 2019 mid night and when they reached at factory they saw that the accused Sadaqat and Rizwan were strangling Dawood Shahid, an unknown was holding his legs, other was holding his arms and the pent of Dawood Shahid was pulled down; when the perpetrators saw to victim’s parents and brother Awais Shahid , they ran away after killing Dawood Shahid.

HRFP team resulted during Fact Findings that the rivalry is because accused often harassed Dawood Shahid for which Dawood and Safia complaint the factory owner Ihtisham but victim was religiously maltreated while his brother Awais Shahid became safe in same factory although was a next target.

Naveed Walter president of HRFP said that the minors are the soft targets of perpetrators and when the minors belonging to minority they become victimized multiply as like in Dawood Shahid case, firstly; he was targeted being Christian criticized & pressurized and 2ndly; being minor he was trapped & killed . Naveed Walter said, some like the same situation is with minor minority girls, who become targeted easily but their “rapes” called “marriages” unfortunately, he added more.