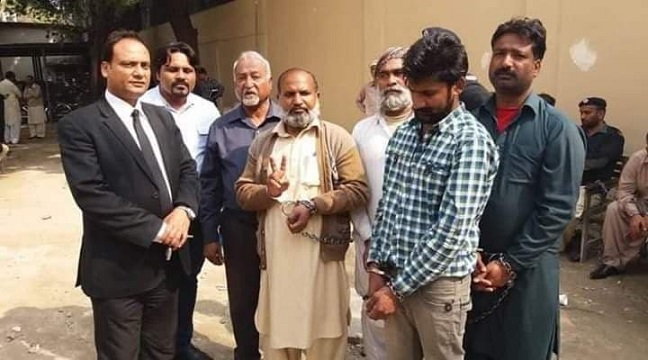 Faisalabad: (PCP) Human Rights Focus Pakistan (HRFP) hails the acquittal of Youhanabad riots victims and appreciate to court for their courageous decision about prisoners who were alleged and arrested for killing of two Muslim men under the charges of anti-terrorism act 7-ATA after 15 March 2015 terrorist attack on twin Churches; St. John Catholic Church and Christ Church where above 17 were died and hundreds wounded.

Naveed Walter president of HRFP esteemed the Judge of Anti-Terrorism Court No. 1, Lahore Mr. Justice Arshad Hussain Bhutta who directed in a case under FIR No. 391/2015 for acquitting to 42 accused of killing the two terrorists supporters in reaction of twin Churches attack, the police arrested innocents when they were protesting against blasts 5 years ago while the other two Christian prisoners were mysteriously died in prison during 2017.

Naveed Walter said further that the decision of court has not made only to victims & families happier but to HRFP, community, clergy and CSOs also who were struggling and supporting to victims since 2015. Naveed Walter said that there are number of cases where the innocents are still under the bars from longer periods but law enforcement departments are not putting attentions towards them. The incidents of attacks on Churches, Temples, Gurdwaras and worship places has revealed that religious minorities are standing on an edge of security which should be strategized by establishing protection mechanisms. Naveed Walter said further that unfortunately the prisoners of religion or belief live in a scared atmosphere of threats even after their release on the basis of court proceedings or mutual reconciliations, he added more.