Women Freedom March to be held at Sukkur 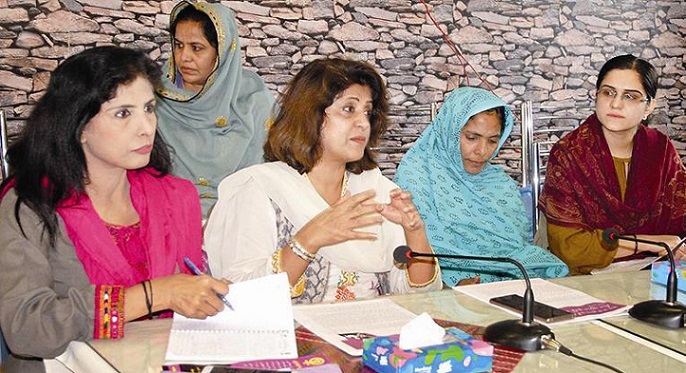 Briefing the meeting Arfana Mallah said one day before 8th M arch participants from Hyderabad would be proceeding to Sukkur via buses and trains. A rally would be taken out at Sukkur bridge where Sindhi traditional song HO JAMALO (WAF style) would be sung. She told that women are under atrocities to such extent that women in large number are being kidnapped, raped and slaughtered like animals on daily basis. She said this day is observed around whole world. She told that girl students from Sukkur, Larkahan, Jaccobabad, Khairpur and other cities and towns would take part in freedom march. In this regard she said meetings with colleges, schools and universities students, women teachers and village women continue as they all would join us at Sukkur. She said a committee for this purpose has been formed. Participants have assured to taking part in this campaign for Women Freedom March at Sukkur.

It may be mentioned here that upper Sindh region of Sukkur is notorious for being slaughter house for women as being semi-tribal area the region is under hold of tribal chiefs, feudal lords and Jagirdars having psyche about women being kept under veil in homes and considered as slaves and domestic servants. In many areas’ women cannot go out of homes without escorts of men and not even to hospitals during acute illness.

In such a situation prevailing in upper Sindh taking out women freedom march by Women Action Forum led by women activists Amar Sindhu, Arfana Mallah, Haseen Musrat Shah would be a bold step towards freedom of women in Pakistan and specially in Sindh.