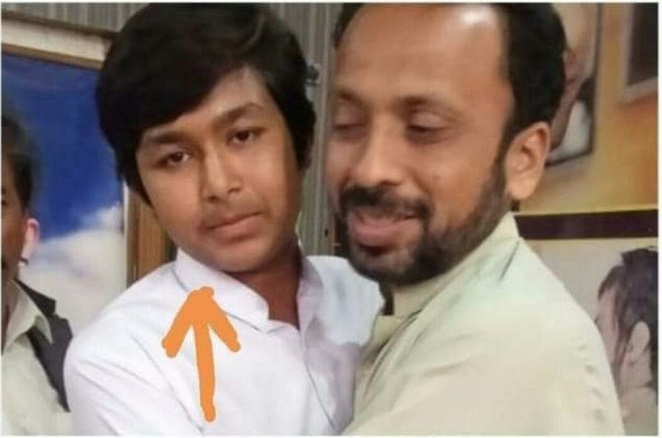 London: Pakistani Christian parents have been refused the return of their son because he converted to Islam, and therefore cannot live with them.

According to reports John Masih and his wife Shamshad Bibi of Mian Channu, District Khanewal have been denied custody of their son, Arjesh, who is not allowed to meet or live with his parents and his siblings.

According to John, Arjesh had been working as a barber at Muhammad Maana shop at Talumba Road near Chungi, Mian Channu for the last four years.

This was not the first time as because of work he sometimes finished late.

But the next day his parents were told by their neighbours that Arjesh had converted to Islam and the news had been posted on WhatsApp.

After this news family members went to the shop where Arjesh worked but two Muslim clerics were already present and said Arjesh had accepted Islam of his own free will, and was not allowed to see his family in private, but only in the presence of all those present. Arjesh met his family but refused to go with them.

According to Shamshad Bibi he was looking confused and due to pressure from the clerics Arjesh refused to go home with them.

Now Arjesh is in the custody of his employer Muhammad Maana and clerics, and is not allowed to see his family independently.

According to Arjesh’s father, Arjesh is still a minor and even though he converted to Islam, he should be allowed to live with his family.

He is very concerned about his son and wants custody of his son. He wants to challenge his illegal custody and dubious conversion in the court.

Nasir Saeed, Director CLAAS-UK, said: “It is very unfortunate that Arjesh’s employer and Muslim clerics are holding him illegally and he is not allowed to live with his family because they are Christian. But the reality is he is still and will always remain their son.”

Mr. Saeed said there is no such law in Pakistan which states that once you are converted you cannot have any relations with your Christian relatives, but this is the mindset and a society-based rule which varies from case to case, and in such cases instead of following the law the police threaten the victims and their families.

He added that in such cases it is very difficult to get justice from the courts as often such cases are decided in favour of the perpetrators.