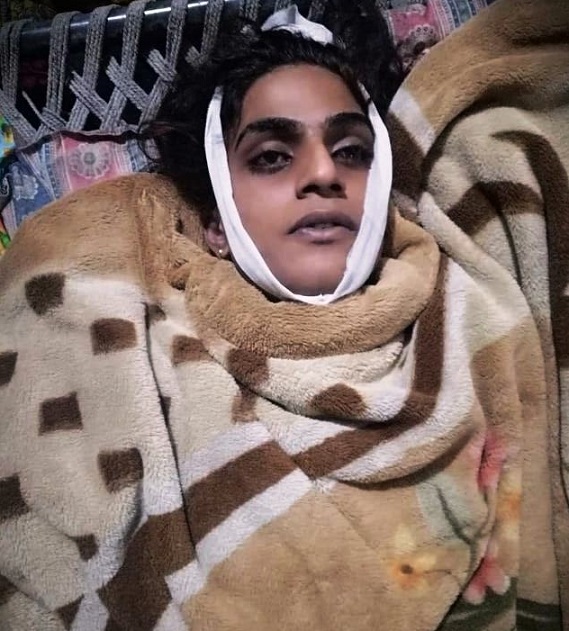 Faisalabad: When all Pakistani are under fear due to Corona Pandemic some Muslims boys took one Christian transgender man and killed him after gangraped him. According report Christian transgender name Musa who was resident of Daud Nagar, Faisalabad, was murdered.  Musa lived with his Master Faiza since he was a child in same neighborhood.

Nomi Butt resident of Chiasta Park, street no 5, Faisalabad, a notorious local bully pretended that he is friends with Musa; he always took Musa with him and tortured him in all market.

Musa’s (Simi) Master told PCLJ that on 4 April 2020, Nomi along with 10-12 people took Musa with them and physically and sexually abused Musa, due to this Musa died, when he died, they all put him in a Rickshaw and threw Musa in front of his Master’s house.

Police Station Batala Colony's Police are totally frivolous towards this case, "We would lodge FIR against Nomi Butt when Forensic Report of Musa would arrive from Lahore" Police said to Musa's master.

FIR is lodged according to the procedure mentioned in section 154 Criminal Procedure Code (Cr.PC) told PCLJ leaders to this scribe who are working to ensure justice for victim

On 9th April, Legal team of PCLJ, along with Napoleon, headed towards Faisalabad on GT Road from Lahore High Court, On 10 AM. There were roadblocks on roads due to corona pandemic. On Sheikhupra Bypass, Police said them to go back because only 2 people were allowed to ride on a car but they were 3. Lawyers of our team said to police that we have an important work, that's why we cannot go back. After a very long conversation, they allowed them to go and they continued journey. On our way to Faislabad, Musa's Master Faiza called us and told that police are on their houses and they are taking some sketches of our house. Then Legal team of PCLJ told Faiza that cooperate with Police and everything will be ok.

Around 1 PM, Legal team of PCLJ arrived at Musa house. “They were glad to see us, they seemed very sad. We comforted them. Musa's mother is very traumatized from the incident. We assured them that Musa will get justice and we implored for his soul” told team leader

Musa's mother and master said "We appeal to the Government of Pakistan, Human Rights Activist and international communities that help us to get our son justice"

After this, we all, along with Musa's master went to Police station to meet Investigation Officer. Police told that culprit has pre-arrest bail. Their next hearing will be on 16 April. Legal team of PCLJ and our Lawyers will be with Musa's Master.

Meanwhile, in a posting on social media, Naila Nazir of Helpway Pakistan Strongly condemned and humble appeal to all kindly stand with poor helpless victims’ family because POLICE received huge amount of money from culprit and not take any action against accused. simple of postpartum are not received by police till in hospital no any report and FIR record in Batala Colony Faisalabad City. Culprit warning to family for more murders.