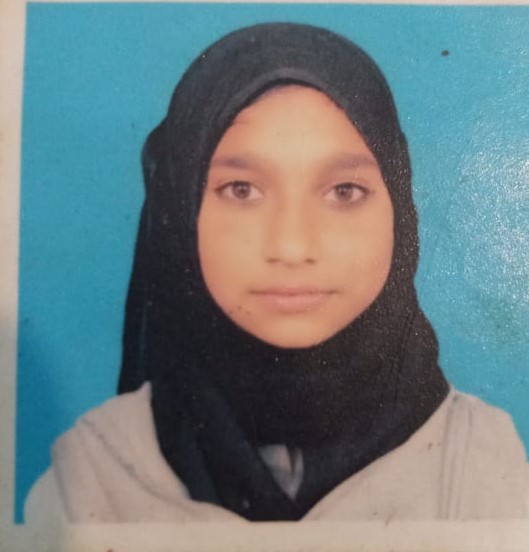 Lahore: A deaf and dumb teenager has been kidnapped whilst Pakistani police took two months to investigate.

Komal Patras, a 17-year-old deaf and mute girl by birth, was taken from her home in Shibli town, Sandha Band road, Lahore, whilst her parents were at work and her little brother slept in the next room.

Komal, who was studying at home attends a government school for children with special needs, is being home schooled during the pandemic lock-down, revising for her forthcoming year 10 exams when she disappeared on the 16th May.

Her parents, Patras Masih (55 yrs), a factory cleaner and mother, Rubina (45 yrs), a house maid, were both at work at the time of her kidnapping along with her 11 year-old sister.

Rubina, who has a kidney condition, left Kormal and her 8 year-old brother Yeshuwa at home alone when she left for work before returning at 1.30pm. On arrival Rubina found one of Kormal’s slippers on the doorstep and the other on the stairs, she described the scene, saying:

“I found Yeshwa sleeping and started scolding him for sleeping.

"I told him serach for his sister saying 'where is your sister - find her' and started shouting Komal! Komal!

"I searched the home vigorously shouting 'Why are your slippers lying this way - where are you?'

"The slippers seemed to be badly misplaced as if lost in a struggle.

"I am broken and in despair since Komal went missing."

Patras arrived home after work at 4pm and began a search of the immediate neighbourhood, after which her parents went to Sherakot Police Station to report her disappearance. However, the police failed to take the report seriously and only launched an investigation 2 months later despite several visits by the parents.

Mr Tariq Gill MPA, a member of the provincial assembly agreed to take up the families concerns and formerly registered a complaint at the police station.

Since the FIR has been launched two suspects have been named as Ali Mubashir and Azeem and are both described as middle aged. Both men have been living in the neighbourhood for a long time and are well known to people in the area.  They were living in a home close to the home of Patras Masih and vacated it on the day of Komal's abduction. The landlord for the property has been assisting police with their investigation and provided the suspects names, however it is not known if the names are genuine as no identification was ever taken from the tenants.

Police have called Azeem for investigation on two occasions but have failed to make any arrests. Now both suspects have absconded and remain missing.

Patras Masih has reported receiving a strange call from an unknown number on Good Friday. The caller was making incoherent noises police are yet to trace the number.

The family are facing a severe financial crisis and have appealed for prayers and for the recovery of their daughter safely.

BACA have helped the family with an initial gift of £100 for financial help as they were starving during the COVID-19 lockdown and currently have no income. We have offered to give the family continued support to help with the case in the form of a solicitor. So far the family have declined as police seem to be taking the abduction seriously after intervention by the local MPA.

Hannah Chowdhry, spokesperson for BACA, said: "The abduction of a vulnerable 17 year-old girl in any nation would trigger an immediate and thorough police investigation in any country, but not in Pakistan.

"Intervention by an MPA has ensured that an effective police inquiry is in place, but the longer Komal is away from home, the more unlikely she will ever be returned to her family.

"We call for your prayers for Komal and her family as they wait on the police to retrieve her and bring her to safety."