A Christian Family Get Refugee Status After 6 Years Wait 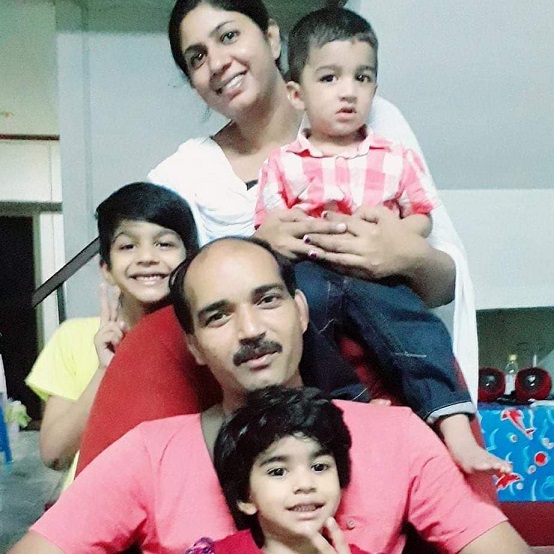 Bangkok: A family of four who escaped Pakistan for Thailand to avoid false blasphemy charges, have now been given official refugee status from Australia after six years.

The news comes after the family had received financial help and support from British Asian Christian Association during the 6 years of the family applying for asylum in Thailand.

In 2014 Charles Bhatti received death threats after participating in a protest against blasphemy laws and was also accused of blasphemy. When the Pakistan Police failed to protect him and his family they flew to Thailand for safety but have never felt completely secure fearing arrest from the Thai immigration authorities.

Speaking to BACA, Sapna Charles described her husband as a diabetic with a thyroid disorder and a stomach ulcer. Since his arrest he has not received treatment, seriously damaging his health as he has been incarcerated in the brutal Thai Immigration Detention Centre (IDC) for the last 17 months. Sapna added that neither she nor her children have not been able to see him and expect their visas to expire soon.

Their joy at refugee status has been dampened due to a major delay in their air travel arrangements from the Australian embassy as the COVID-19 pandemic has caused flights to be Australia to be cancelled. The family are currently unsure when they will be able to leave but rejoice over God's favour in their life in giving them the asylum status.

Sapna is thankful to BACA for their support with paying their room rent every month of 3000 Thai Baht and the additional assistance with buying groceries since the start of the COVID-19 pandemic lock-down, totaling 1500 Thai Baht.

Hannah Chowdhry, Spokesperson for BACA, said: "It comes as a great joy to me to hear of the success of Sapna and her family in getting their desired asylum in Australia.

"This is a family we have supported and prayed for to a great extent.

"Helping reunite this family will be our priority for the next few weeks and I pray for a good response to our appeal."

Mrs Charles made an appeal to BACA for further financial help to free her husband from the IDC. Sapna has prayed for a long time for a reunification with her husband, which is now possible because of their refugee status. An application has to be made to the Thai Immigration department which we would begin via a solicitor we have used before a Mr Keja who has agreed to be her guarantor. The family has no other support to pay for her husband’s bail which is set at 50000 Thai Baht (£1300) and we are seeking help with this bail fee.