Opening of Ram Temple on the Babri Mosque site 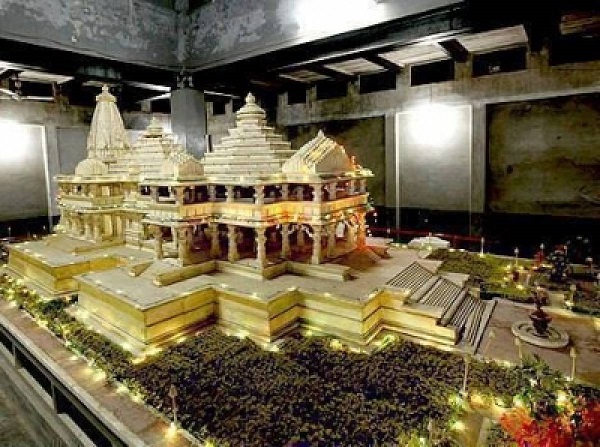 Voorhees, NJ: The Babri Mosque was founded in 1527 which got demolished by the Hindu ultranationalists in 1992. It is extremely strange that the Supreme Court of India has acknowledged that the Babri Mosque as a place of prayer and its continued existence for around 465 years, yet the very biased verdict on November 9, 2019 finally hands over the religious site, to the rabidly racist political ruling Hindu majority, simply to appease it.

After nearly 28 years of unnecessary rage by the emasculated ruling majority which seems to feel they have to take over this particular Muslim religious site because it is the supposed birthplace of one of their Hindu gods, even though it is based on a myth. Today the upper caste Brahminical ruling elite has made it their mission to take over important religious sites of other minorities, such as Muslim, Sikh and Buddhists, by making tall claims of temples demolished centuries ago, exactly in the same place.

It seems that the Brahminical elite will never stop interfering in the religious affairs of especially the Jains, Buddhists and the Sikhs. Little wonder the Indian constitution has been written in the same vein to continue to exert perpetual control to co-opt, subsume and stop any revolutionary ideas from percolating into the teeming masses.

This clause is very clear and makes all three independent world religions into sects/denominations of so-called Brahminical Hinduism. Therefore ‘Hindu’ laws govern all the religious intuitions of the Jains, Buddhists and the Sikhs! A perfect example is, the Mahabodhi Temple in Gaya, Bihar, India, the holiest site for Buddhists is completely controlled by Hindu Brahmins to date. This makes a complete mockery of the idea of secular democracy while trying to devour the independent and distinct Sikh religion.

The eminent Sikh historic gurdwara management committee, the Shiromani Gurdwara Parbandhak Committee (SGPC) is responsible for the management of gurdwaras, in Haryana and Himachal which were carved out of the state of (including) Punjab in 1965. Yet, the 175-member body and its office holders cannot even hold its own election without the explicit permission of the Indian government. The Deputy Commissioner of Amritsar has to preside over the meeting to make it legitimate. The head of the political Akali Party, the infamous Sukhbir Badal controls the SGPC who in turn is completely beholden to the Hindu BJP/RSS ruling regime.

The Indian regime has been complicit in the demolition and/or takeover of at least three gurdwaras by the Brahminical Hindu majority.

The Brahminical ruling elite drenched in the ideology of the extremist RSS (like the KKK in the US) which is bulldozing over the religious heritage of many minorities who have no political power and all protests are either ignored, sidelined, paid lip service to and eventually co-opted to mollify a majority which feels emboldened to step on minorities based on feigned perceptions of past humiliations.

The Babri Mosque is one of many lightning rods in India. It has also come to our attention that all the Jathedars of the five Sikh Takhats and other self-appointed Sikh leaders have been either invited by the Hindus leading this charge and/or some uninvited Sikhs are jumping into the fray without thinking! The Sikhs in the diaspora are very concerned that It is high time for the Sikh Jathedars to be responsible only to the Sikh panth and not to the Badal/RSS regime.

The American Sikh Council (ASC) condemns any Sikh who partakes in carrying water or soil from gurdwaras to be used for the opening and construction of the Ram temple charade. All actions can have far reaching consequences and every Sikh needs to start being proactively thoughtful before they take sides. Any Sikh attending this function on Aug 5, 2020 at Ayodhya should be considered a ‘tankhayia’, because it is completely un-Sikh like to celebrate the destruction of another religion’s religious site.

The American Sikh Council (ASC) strongly advises that Sikhs should remain neutral and not insert themselves into this controversy by hurting the sentiments of our Muslim brothers and sisters, especially during the illegal opening of the Ram temple in Ayodhya on August 5, 2020.