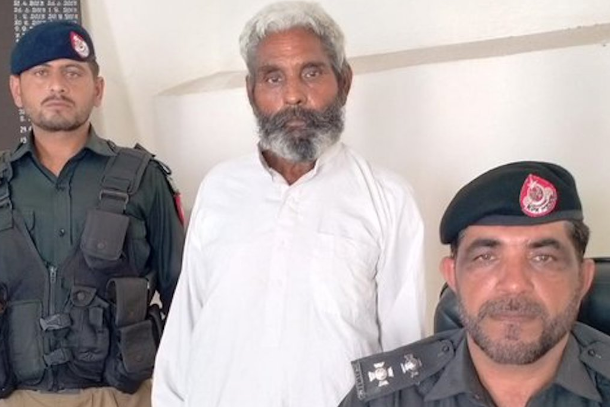 Peshawar: (By Qaisar Lodhi) A Christian man charge under blasphemy law in Khyber Pakhtunkhwa Pakistan. The arrest reportedly took place on August 30, 2020, in the Risalpure neighborhood of Nowshera. The suspect, identified by police only as David, has been accused of desecrating the Quran, the Islamic holy book.

The arrest came a few days after a video went viral on social media platforms showing pages of the Quran in a drain in Risalpur, a city in Nowshera district.

Acting on the complaints of local Muslims, police arrested David and pursue the investigation.

Pak Center For Law And Justice (PCLJ) reported that Masih was charged with committing blasphemy under Section 295-B of Pakistan’s Penal Code. With Masih in custody, police say they have started their investigation into the case. To date, no information regarding Masih’s connection with the desecrated Quran has been shared by police.

If found guilty, Masih could face life in prison.