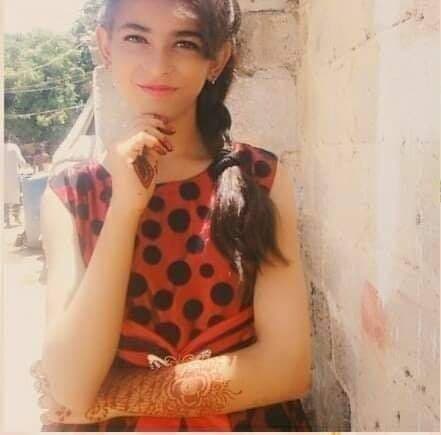 London: Pakistani Christians across the globe have been holding protests calling for the Justice for 13-year-old Arzoo Raja from Karachi Railway Colony, who was abducted on October 13th from her home by her next door neighbor.

Her father Raja who had started work at 7.30 am, had to hurry back to his home after he received a call from his neighbour Jameel, who informed him that his other children and neighbours were searching for Arzoo. After some time searching, Raja later went to Frere Police Station and registered a missing persons report. He and his Rita spent all night praying for the return of their daughter.

Days later local police called the parents back to the police station and informed them that Arzoo had been married to a 44-year-old Muslim neighbour named Ali Azher, and that she had willingly converted to Islam. When the parents exclaimed that Arzoo was only 13 years of age, the easily duped or completely complicit police then shared a falsified birth certificate, which suggested that Arzoo was 18 years of age and sham marriage certificate (NIkkah).

When the family challenged the marriage through the courts on October 27th, the Sindh High Court ruled the marriage was valid and that Azhar would not be arrested. The Judge also ruled that the couple should be protected from any harassment or threat. Worse still the family of Arzoo where prevented from entering the courts with their prosecution team by Police and Rangers (military police), an action believed to be undertaken as family members of Ali Azher are police officers and a natural bias against Christians.

Technically, child marriage is illegal in Pakistan, but courts typically do not enforce these laws. Sharia Law, which is used in some judicial decisions in Pakistan, permits a child to be married after her first menstrual period. Such decisions are outside of the Penal Code but rarely challenged when a Christian child is married to a Muslim man, even if he is 50 years her senior. Many cases exist of this flawed Islamist mentality which has subsumed the Pakistani judiciary. In fact a Muslim NGO 'Movement of Solidarity and Peace' in 2014 wrote a much renowned report, in which they intimated a belief that at least 1000 minority girls are kidnapped and forced into Islamic marriage every year - 700 of whom are Christian. You can read their report (here)

After the hearing had been completed Rita and her lawyer were able to enter the court and in a brief encounter a shaking and scared looking Arzoo, stated she had willingly entered the marriage. Violence and threats of murder of families of child brides kidnapped in this way are a known way of applying duress in these forced marriages. Moreover, victims of rape and marriage in this manner are informed by their abuser that they will be unmarriable in future, a consequence of Pakistan's morale-sapping honour-culture.

British Asian Christian Association's team will be meeting the family tomorrow and will be offering whatever help we can. We continue to offer our help to vulnerable girls like Arzoo and recently helped 7 year old Tabitha and her family escape the threats of her rapist who was recently given bail (click here). Please help us meet the needs of many families seeking support from forced marriages and blasphemy allegations by donating (here)

Lord Alton of Liverpool a well-known campaigner for Pak-Christians, has tabled several questions for the House of Lords after learning about the prolonged abduction of Arzoo:

Lord Alton wrote to Lord Ahmad of Wimbledon the 'Secretary of State' and Special Envoy for Human Rights. His reply was meaningful:

"The UK Government strongly condemns child, early and forced marriage; as well as forced conversion of women and girls in Pakistan, including from religious minorities.

"As you know, we regularly raise our concerns about women and girls’ rights and gender equality with the government of Pakistan at a senior level.

"Most recently I raised our concerns about Freedom of Religion or Belief and child, early and forced marriage and forced conversion of women and girls in Pakistan, including from religious minorities, with Pakistan’s Human Rights Minister, Dr Shireen Mazari, on 19 October.

"On 1 October I met with Pakistan’s Minister for Education, Mr Shafqat Mahmood, and on 8 September with the Governor of Punjab, Chaudhry Muhammad Sarwar, to discuss inclusive and tolerant education."

Lord Alton has made a request to Lord Ahmad that he expresses the Government's concerns about the case of 13 years old Arzoo Raja and similar cases of forced conversions and marriages of teenage girls from religious minorities, to the Pakistani High Commissioner.

Lord Alton wrote in an email sent to the BACA:

"How can a 13 years old child who does not understand her own religion, decide in a couple of days to comprehensively understand Islam and convert overnight?

"Why did the Sindh High Court judge not look at the irrefutable evidence of the National Database and Registration Authority (NADRA) birth record confirming her age to be 13 years old?

"I am very aware of the situation that young Pakistani Christian girls face, many are prevented the joy and discipline of school, as parents choose safety over a good education.

"Is it a wonder then, that so many Pak-Christian girls are illiterate and end up being abused in domestic cleaning jobs, sadly the very protection that parents attempt is the trigger for years of suffering.

"I have spoken of this on many occasions, at various public events over the last three years, yet the situation remains the same, the Pakistani Government, their police and Judiciary turn a blind-eye, allowing sexual predators a sense of immunity.

She added: "Arzoo's plight reminds us of the low value of Christian girls in Pakistan, who become easy prey for empowered Muslim men who can steer the authorities away from justice.

"A facet of Pakistan's Islamic identity that traps girls with their abusers, coupled with the violence and threats that make it often impossible to escape.

"In my role with BACA I have spoken to several extremely broken victims who we have helped escaped forced marriages - with great difficulty.

"Freedom is not all it's cut out to be, often they have to fight cultural dishonour to regain their place in society - this too must change!