Blasphemy convict who was just a teenager when accused seeking bail 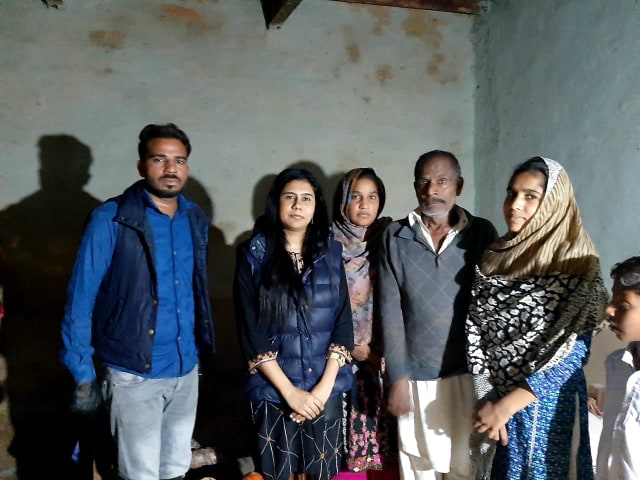 Lahore: On 17th September 2016, 16 year-old teenager Nabeel Masih from the village of Kasur, was accused of an internet blasphemy after it was said that an image of the Kabba (holy shrine at Mecca) with a pigs head over it, was displayed on his Facebook page. This lead to a campaign by local mosques to lynch Nabeel Masih at his home and calls for his murder rang out from the PA systems of local mosques.

Soon a Muslim mob began to grow before his home till it reached over a thousand and members of the group threatened to lynch all of Nabeel's family unless he gave himself up. With no option before him Nabeel the next day gave himself up to police to prevent family members being killed who arrested him under 295A of Pakistan's blasphemy laws, which has a maximum sentence of 10 years for blasphemy against a holy relic. The First Information Report (FIR) leading to the arrest of Nabeel Masih was signed by a local Muslim man named Akhtar Ali.

The mob threatened and beat Christians many of whom left their properties vacant and locked as they fled for safety to relatives far from the area. When they returned a few days later many Christians found that their properties had been looted. None of them were entitled to any compensation and no arrests were made despite images and videos of rioters.

Nabeel Masih had served two years in prison without conviction before he was finally sentenced to ten years in prison by Session Court Judge Naveed Iqbal on 17th May 2018, at Kasur Magistrates Court. A state prosecutor tried to increase his sentence under 295c for an insult against Muhammed, however these charges were thrown out of court.

On 16th of December 2020 however the complainant counsel Ch. Muhammad representing the state field for charges against sections 11 and 24 of the Prevention of Electronic Crime Act of 2016 at Kasur High Court. The punishment against these charges is three years to seven years imprisonment. The file has been submitted to Judge Munaza and will be heard sometime in the new year.

In the meanwhile our BACA funded legal representative, Advocate Naseeb Anjum sent us a message. He believes this latest action will come to nothing and said:

“Nabeel will soon be released.”

Mr Raja has already submitted a bail application to Lahore High Court on the basis that Nabeel Masih has served over 3.5 years of his sentence and should have only been serving a maximum of 7 years as he was a Juvenile when arrested. Mr Raja is confident that bail for Nabeel Masih is very attainable and hopes for a positive decision soon.

On 18th December 2020, our Operations Manager for Pakistan visited Nabeel in prison to deliver christmas gifts and cards. Nabeel Masih was in good health but dismayed over the delay in his exit from prison. Nabeel found strength in the cards and gifts that have been sent for him and decided not to send the cards home but to adorn his cell with them. He thanked all people who continue to pray for him.

“It’s more than four years I have been in prison and still I am waiting to be released.

"I watch prisoners come and go but the delay in my case breaks my heart.

"I am kept in a separate cell.

"I can’t read or write so all I can do is to see these dark walls of the jail which depresses me.

"The life of my family has been frozen because of me.

"My father has a severe heart condition now and has lost his job.

"Everyone at home is in pain because I am jailed for a crime which I didn’t commit.”

“Please pray for me only God can rescue me.

"I pray daily it is the only positive thing I can do whilst in this lonely barren cell.

"Only knowledge of His love for me has kept me alive so long."

"Nabeel was only a child when he went into prison under very flimsy circumstances.

"No witness ever saw him add or like the offensive post that has stolen away his life and made him a national pariah.

"Nabeel has not had a chance to mature into an adult and being detained in isolation has done nothing but damage to his psyche and we need to pray for his sanity.

"His court cases have been crowded by extremists both inside and outside the court and the threat to his life is immense,

"Pakistan's justice system is evidently warped and has destroyed his young life and I can see no reform that will reduce the impact of the blasphemy laws.

"Many of our Christian brothers are suffering under these draconian laws and I hope that people of good conscience across the world continue to stay focused on helping them."

Nabeel Masih is one of many blasphemy victims we are supporting. We cover his legal expenses and assist his family with financial support. We cannot continue to do this without your support. We have noticed a dip in donations during the COVID-19 outbreak and have had to turn away many other families that need our support so we can continue to help those in our care.