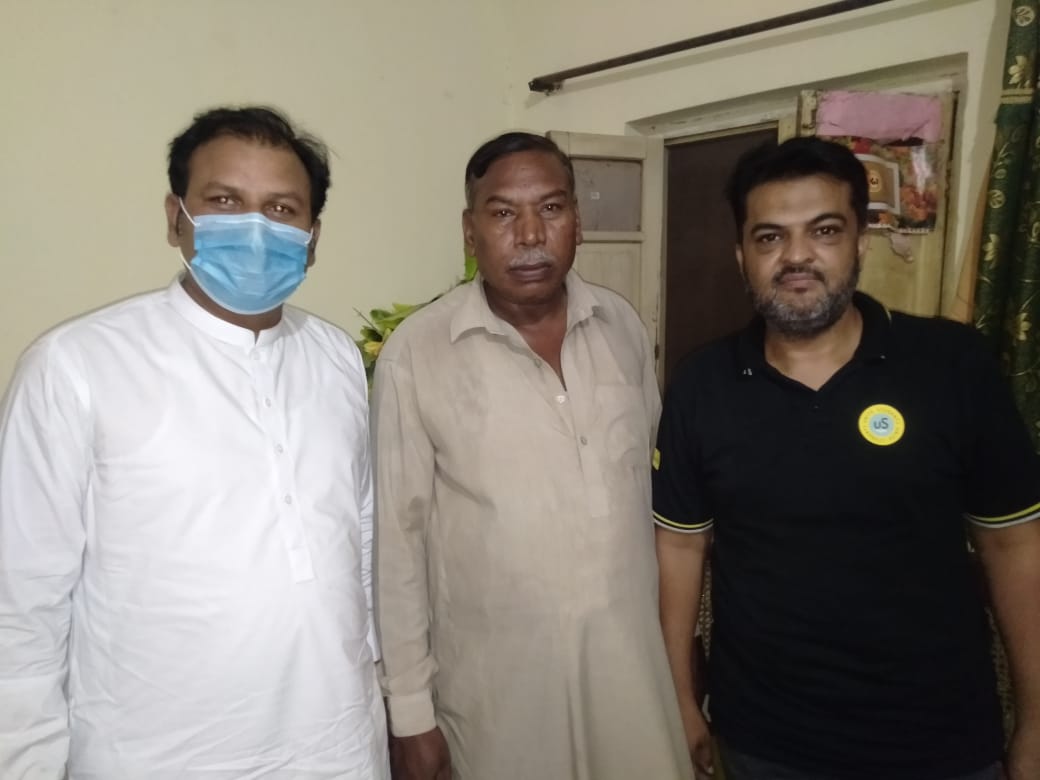 Pakistan: Two nurses of District Headquarters Hospital (DHQ) were arrested under the notorious blasphemy law of Pakistan despite being involved in the countries COVID-19 response.

On 9th April 2021, an application was filed with the local police authority against Mariyam Laal, charge nurse and Nevish Arooj a third year student of nursing accusing them of committing blasphemy. It was said that they had removed a [bacteria-infested] sticker with sacred inscription in Arabic, from a cupboard they were asked to clean in a psychiatric ward.

During a gathering of scores of enraged staff and onlookers in the hospital (9th April), Muhammad Waqar, a worker in the hospital pharmacy admitted his involvement in a knife attack on Mariyal Lal. He has testified to police that he intended to kill her for committing blasphemy and was upset and disturbed that his knife only injured her arm after the blade snapped. In a video, he is heard abusing Mariyam and motivating others who were present to kill any blasphemer who dishonoured Islam. Read full story (here).

The two nurses have been incarcerated in police cells as determined Police begin the necessary investigative process to convict these Christian nurses, while taking no action against those who violently attacked Maryiam Lal and Nevish Arooj.

On 12th August 2021, a team from British Asian Christian Association visited the home of Mariyam Lal (47 yrs) and met with her brothers Khalid Masih Gill and Saim Gill.

Khalid Masih has informed us that Mariyam Laal is in District Jail Faisalabad and exhibiting good health despite the attempt to kill her. Due to the large number of people around her who were slapping and shouting at Mariyam, Muhammad Waqar was unable to swing his arm with enough force or aim to maim or kill her. The cut on her arm is now healing well however Mariyam is exhibiting some depression as she is coming to terms with her loss of liberty and detainment under false allegations of blasphemy

" Some days before the incident Nurse Mariyam had an argument with her head nurse who allocates daily duties for the nurses under her ensuring adequate cover in all the different wards.

"Mariyam had already been scheduled for three consecutive months in the COVID-19 Ward and was again being forced to work in the same ward because Muslim nurses did not want to work there."

Khalid believes that the hospital had for a long time been forcing Christian nurses into serving in this ward because such work was deemed haram (unclean) for Muslim nurses.

"Mariyam had had enough of the discrimination and resisted against further Covid-19 ward shifts - Head Nurse Rukhsana had maintained a personal grudge about this.

"Mariyam is adamant that on the day of the incident the Head Nurse full of anger and enmity accused the Nurse Mariyam of blasphemy simply to settle a personal score.

"The removal of a bacteria-infested sticker that should not have been in the cupboard should never have resulted in such furore but Nurse Rukhsana knew about the religious insensitivity held by many of her staff and fuelled the preposterous allegations."

Khalid has explained to us that family members regularly visit Mariyam at District Jail Faisalabad where she is being kept in a solitary confinement. Her trial has not yet started and a challan (charge sheet) was submitted by the police to a Magistrate at Faisalabad District Concessions Court, though when it arrived to the judicial department of the court they sent it back and asked the police to add more charges to the challan. It is believed this is because of significant pressure building up on the court by large Islamic institutions.

We have offered Mariyam Lal's family legal assistance but Saim Gill informed us that the case is being fought by the Catholic Church and things for now are progressing well. The family have our contact details and have agreed to stay in touch with us should the need arise for any assistance. They will update us with any matters regarding Mariyam Lal's progress towards an acquittal. We are in touch with the other accused woman's family. Newish Arooj's family at this time have declined to offer a comment but area aware of our services and will be in touch if they need any help.

British Asian Christian Association, continues to be the most outspoken voice for Pakistani Christians. We share reports with Government and academic institutions and are often the first to meet with victims of Christian persecution in the South Asian region. Our work is impossible to fund without the kind donations of our supporters. If you have been moved by this story or the many other real-life accounts we have shared on our blogsite and want to do something to help then please donate (here) or get in touch with us on admin@britishpakistanichristians.org to offer what other assistance you can offer.