Man stoned to death by blasphemy incensed Muslims in Pakistan 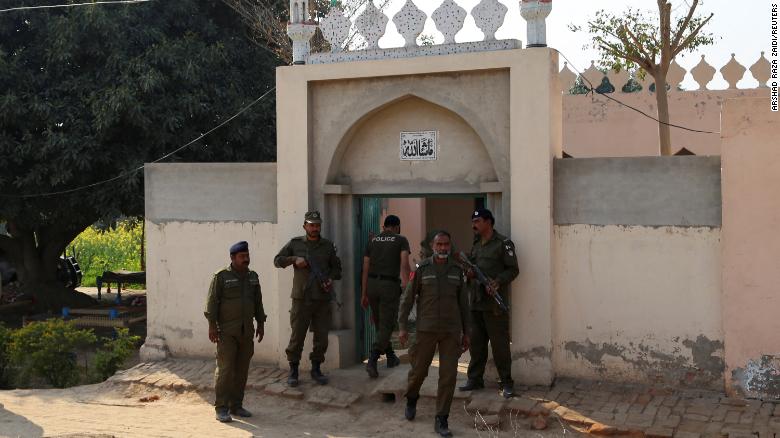 London: It is believed that the victim was mentally sick for the last fifteen years and was killed in a village he had entered only the day before.

Mian Muhammad Ramzan, the Imam of the Masjid (Mosque) Shah Muqeem has stated that he saw smoke emitting from the mosque and rushed to the building to investigate. He further alleges that on reaching the mosque he saw an unknown man desecrating a Quran which he was ripping and then burning. Afraid that the Mushtaq Ahmed was going to burn more he grappled him.

Other people were gathering in the mosque for prayers and when they saw the scuffle they helped the Imam by beating the Mr Ahmed.  Someone from the mosque called the police for help and in just a few minutes a number of police arrived.

Police officers arrested the man but the incensed mob wrenched him from their custody injuring one police officer Muhammad Iqbal in the process.

A Police emergency process was followed and  Station House Officer, Munawar Gujjar, of Tulamba Police Station,  has indicated that he sent more officers to take control of the situation, after being alerted of the man down.  However, the size and force of the angry mob meant the officers present could do little to stop the lynching of Mr Ahmed.

Filled with religious zeal the men from the mosque killed the unknown man while shouting Allah-hu-Akbar and  hung his body from a tree in the green area nearby the mosque.

Local witnesses have said that the police stood back and watched as the crowd killed the man. They have said in media reports that police made no noise or attempt to stop the crime even though they were large enough in number to take action.

Since the death of the man a First Information Report (FIR) No.89/22 has been registered by police against the culprits of the murder. According to the report, the angry mob was already beating the man tied with the ropes and were raising the Islamic slogans before they arrived. Police have maintained that they tried to calm the furious mob who after stoning began beating the victim with sticks and clubs.

80 people have been arrested but over 300 people are known to have been involved in the stoning of Mr Ahmed.

The family of the deceased man have stated he was known to have a mental illness.  He was often seen in neighbouring towns begging for food and water and was always dishevelled. They believe the attack was un provoked and the result of offence due to his uncleanliness in a holy place.

“We have zero tolerance for anyone taking the law into their own hands & mob lynchings will be dealt with full severity of the law.

“Have asked Punjab IG for report on action taken against perpetrators of the lynching in MIan Channu & against the police who failed in their duty.”  Read his tweet (here)

“In the 21st Century in a world that is meant to be civilized, why do such lynching’s go unpunished.

“When murderers are allowed to pay bribes for freedom or simply escape justice because judges believe their religious vengeance is justified, of course people will take the law into their own hands.

“The frequency of extrajudicial killings in Pakistan based on alleged blasphemies is deplorable.

“No one will ever know if this man actually committed a blasphemy we all know he has been killed for one.

“But worst still why is blasphemy a crime that carries a life or death sentence?

“It beggars belief that anyone of faith would think their deity needed man to help them dispense justice for a blasphemy.”

Only a month ago we reported on a similar lynching of a Sri Lankan man in Pakistan.