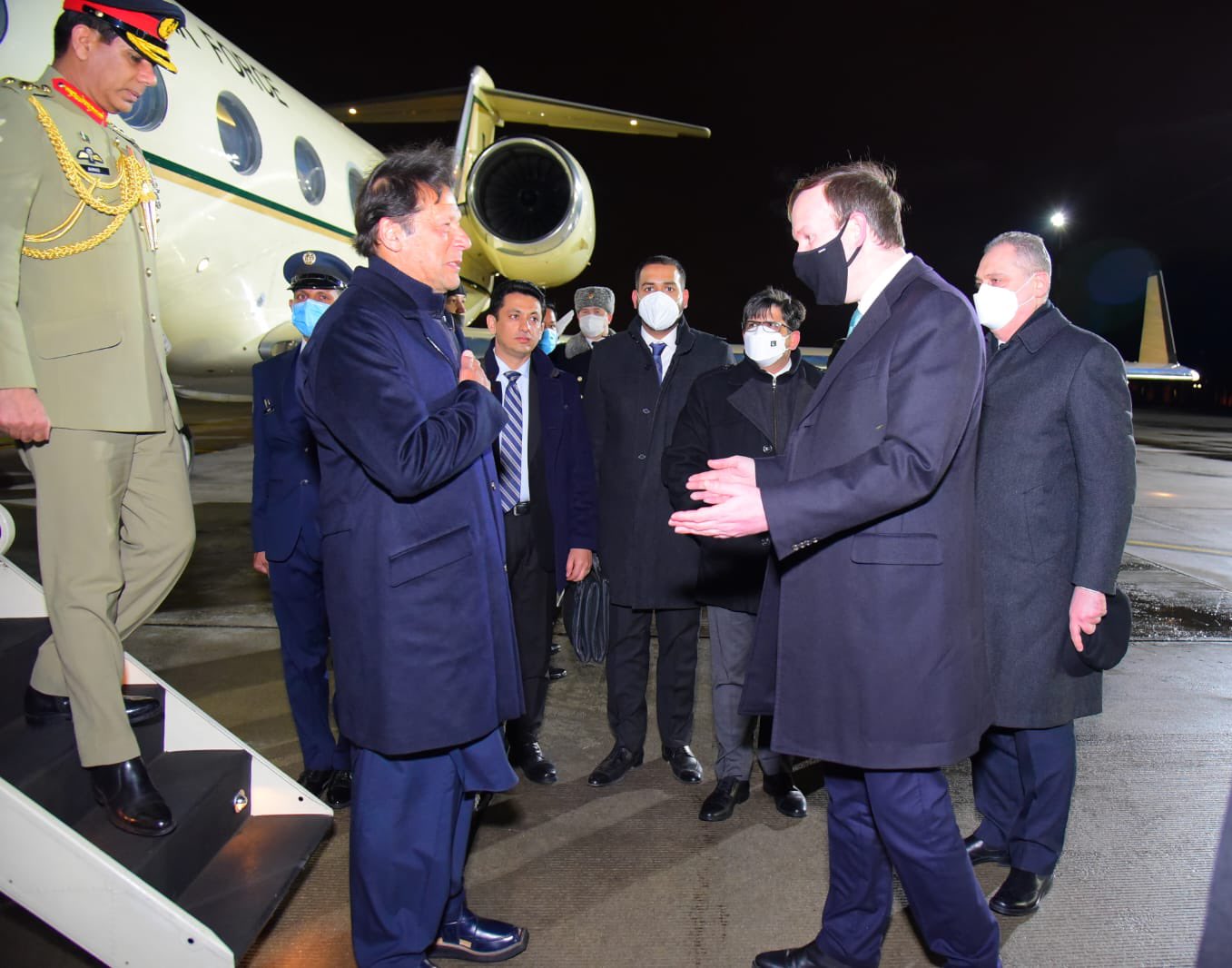 While the world condemns the attack on Ukraine PM Khan makes light of the situation, by saying (sic):

“What a time I have come – so much excitement.”

Pakistan’s Prime Minister Imran Khan arrived in Russia on Wednesday for a two-day visit, hours before Moscow launched a devastating invasion of Ukraine.

The major coup undertaken by President Putin has also failed to be condemned by China, an ally of Pakistan.

Russian state media broadcast images of the two leaders at a meeting while new sanctions were announced on Putin by the West.

PM Khan has made a real show of his visit even frequenting the Tomb of the Unknown Soldier in Moscow while  Russian forces hammered Ukrainian cities.

This is the first state visit by a Pakistani Prime Minister to Russia in over 20 years, but the timing has been criticised because of the proximity to the aggression against Ukraine.

This visit, however was planned over a month ago.  Topics that will form the brunt of dialogue include concerns over a Talibanized Afghanistan, regional security cooperation, a multi-million pound gas pipeline that Russia wants to build between Karachi and Kasur.  The latter and various other trade deals seem to be Imran Khan’s priority.

It is not yet clear what position Pakistan has taken in regards to condemning the ground strike by Putin, but it is believed that to curry favour with Putin, PM Khan will stay silent on the matter.

On Tuesday, Mr Khan avoided criticizing Moscow’s policy in Ukraine and said he hoped the crisis could be resolved peacefully.

On RT News, he said:

“We want to have trading relations with all countries.”

“Firstly, I want to share my condemnation of the attack by Putin.

“I also want to share my concerns for the people of Ukraine who are in my prayers, news of the attack has been very disturbing.”

“For me, it’s a shock Pakistan’s Prime Minister could proceed with the meeting.

“While the whole world is shaken by attack on Ukraine and the safety of innocent Ukranian’s, Mr Khan ostensibly puts commerce before lives.

“Pakistan has benefitted massively from foreign aid from countries in the west, to me it seems like a betrayal.

“Imran Khan said he wanted to make a nayya (new) Pakistan when he was campaigning for election.

“I thought this meant a more noble and caring nation was on the agenda.

“Now I just cringe, when I think about the global impression this meeting creates of my homeland.”