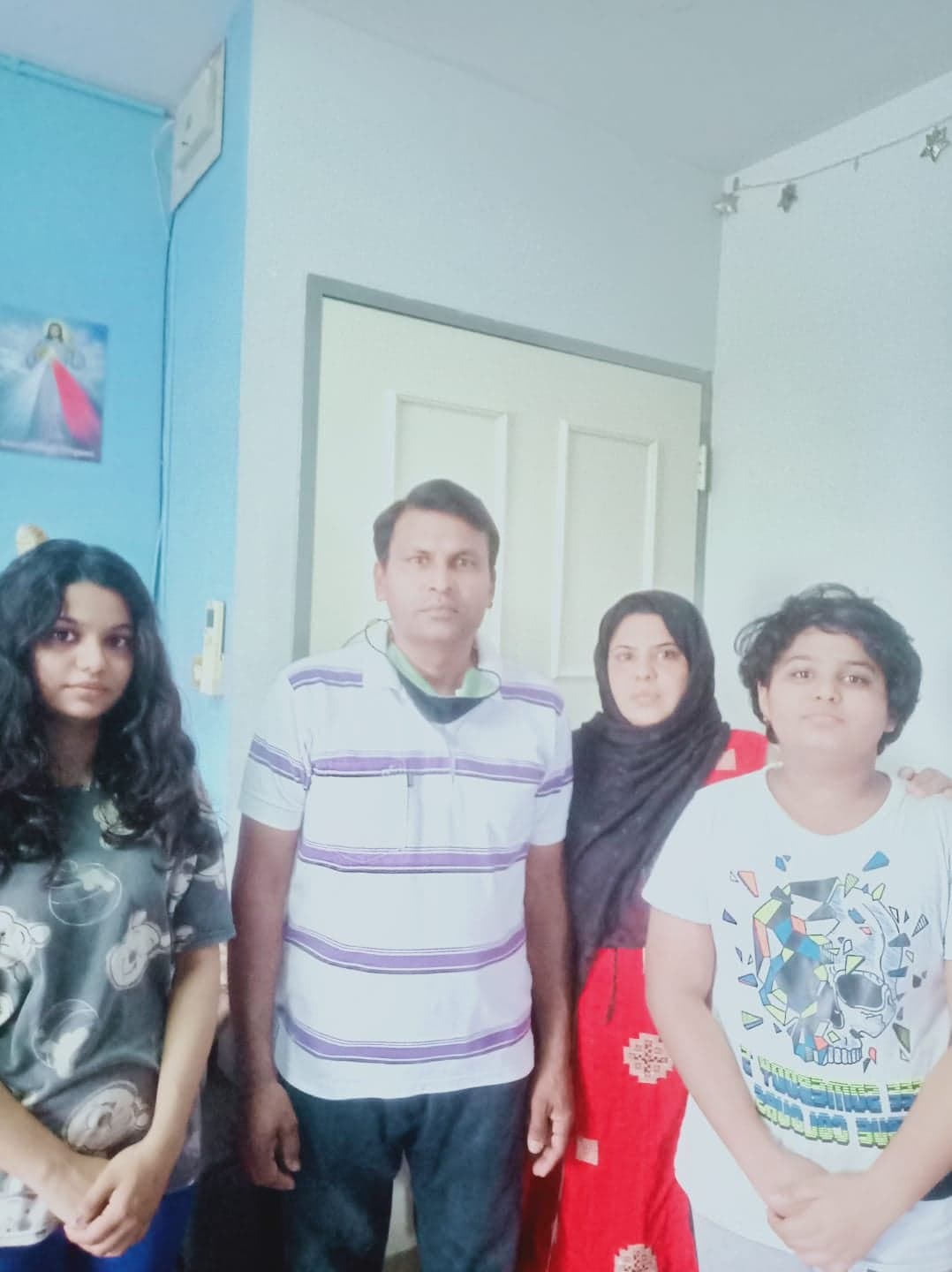 London: (By Hannah Chowdhry) Qaiser and his family seek your help to pay overstay fines so they can finally end 10 year exile and enter new home in Australia.

In August 2009 the community of Gojra was attacked by a Muslim mob of over 3000 after a Muslim man who coveted the bride declared a blasphemy had been committed at a wedding ceremony. Read more (here)

Three local mosques had issued a fatwa against a whole Christian community and men left the mosque to wreak revenge on Christian homes.

75 – 100 homes and 2 churches were burned to the ground in the attack, worse still one family  were shot at and burned alive, while incensed Muslims revelled in the demise of the hated ritually unclean Christians. Read more (here)

The attack followed one the previous day in Koriyan which is less than 40 miles away from Gojra. Only a month later another attack in a place called Sumbrial left Christians fearing for their lives.  Read more (here)

The awful event created an international furore and Pak-Christian diaspora’s across the globe set up protest groups and charities to raise awareness of the plight of Christians in Pakistan and to provide succour. One of the groups formed after that incident was British Asian Christian Association. Read more (here)

After the devastating attack in Gojra many Christians fled the area and became homeless.  Because of the label of blasphemers given to the whole community no-one who had lived there felt safe and masses of people fled the country and began a tumultuous life in limbo in Thailand.  The number was so large in 2012 over 9000 Pak-Christians were seeking asylum in Bangkok the largest of any asylum (not refugees) community in the country.

On arrival in the country despite the presence of the UNHCR families found themselves prone to arrest and detainment even when granted full refugee or asylum-seeker status.  This is because the Royal Thai Government refuses to ratify UN conventions on asylum and treat thousands of Pak-Christians as criminal.

One of the families seeking asylum is that of Qaiser Masih (47 yrs).  He, his wife Fehmida (36 yrs), Daughter Jennie (18 yrs) and son Ragal (13 yrs) arrived in Bangkok in 2012 and have had to wait patietently for their opportunity for asylum this year.

This family is directly related to the 7 people who were shot dead in the attack on Gojra.  Qaser and his family lived on the same street in Gojra but left their home for it to be looted and burned to the ground when the Muslim rioters arrived.

His sister Parveen who was 50 years of age was killed with their mother, her husband, her father in law, two children and she was carrying a child.  When her husband learned about the Muslim mob coming to his community he decided to lock the gate of their house and had called the police for support.

Parveen’s house was across the road from  a railway station at which the mob accumulated. The mob began firing random shots at Christian homes and one hit Qaiser’s father-in-law’s leg, while he was resting on his open-top roof.  Some of his neighbours ran to Qaiser’s home to tell Parveen who was visiting him at his home a liitle further down the road. Parveen and her mother ran to her home and tried to help the father-in-law with other members of the household.

Soon after the rioters arrived at Parveen’s home and the Christian family pleaded with the rioters  to leave their home alone as they were innocent. This only incensed the Muslim men who were intent on looting Christian properties and then setting what was left ablaze.  As the father-in-law pleaded for mercy enraged Muslim men scaled the large concrete canopy over the gate and shot him in the leg.

The mob however, where not satiated by shooting an old man in the leg, so they threw white powder in packs (believed to be white phosphorous) around the house and shot each pack till they ignited explosively.  Quite soon the house was ablaze and the 6 terrified Christians and growing embryo were consumed in fire within a matter of minutes.  Parveen called Qasier throughout the incident and he has been traumatized by it ever since.

Qaiser Masih,  who was formerly a supervisor of labourers for Tehsil Municipal Administration Gojra, said:

“The only peace I have is the fact that my sister and her family prayed during their last moments.

“They were all committed Christians and I totally believe that in death they are now at peace with our Father in heaven.

“I miss them greatly and the brutality of their death fills me dread, but God has healed their pain and removed all suffering – praise Him.”

The last 10 years for Qaiser and his family has been difficult, trying to evade arrest, working for a pittance in black market jobs, while the children have had to forgo studying.  The family have moved home no less than 13 times, after properties were raided and they moved to different areas to avoid arrest.  This has been a totally dishevelling experience for them.

The United Nations High Commissioner for Refugees (UNHCR)  have however,  finally approved the family’s asylum case and the family will be flying out to Australia. The family will not however be able to fly out of Thailand until they have settled their overstay fines which amount to 60,000 baht (£1400).

BACA has already sent them £400 towards the cost of their overstay fines and would like to help them reach the total figure.  We need to raise the figure before 27th April 2021 or the family will be forced to stay in a Bangkok prison for 3 months before they can fly to their final destination.  They will be placed in the same cells as murders and rapists in very brutal conditions.  We want to avoid this situation for all of them.  If you would like to help us reach our goal of a further £1000 please donate by clicking (here).

To remind you all we share this historic post which tells of how BACA persuaded the Australian government to introduce a quote of 100 Pakistani Christians a year on their sponsored asylum programme (click here).  We are now seeing the blessing of that work as those quotas are being filled.  Last month two other families also left Thailand for Australia including the families of Charles Bhatti and Amjad Saleem.  We wish them all well.

“It has taken ten long years to approve our case due to missing documentation and limited spaces.

“By the grace of God however, finally we have been accepted by the Australian Government and we are leaving [Name of city was provided] in Australia”

Qaiser is anxious about the fine of overstay which is 60,000 Bath. Qaiser told BACA

On 1st April, Qaiser received a sum of £400 Pounds from British Asian Christian Association, and we have agreed to appeal for the rest.

“I am thankful to BACA for helping us.

“I pray for the success of BACA who are one of the few charities that continue Pakistani Christians like us who have been widely forgotten.”

“Gojra was one of the largest attacks on a Christian community in Pakistan.

“Despite 7 murders, large-scale criminal damage and  hundreds of arrests, no one was brought to justice.

“It is a clear example of the pariah status of Christians in Pakistan and the severe persecution they can face.

“Qaiser lost 7 members of his family to brutal violence, watched as his property was looted and razed to the ground before him and left everything behind to be re-persecuted in Thailand.

“Despite the suffering this family endured, it took 10 years in limbo for them to be offered asylum.

“Even then, they simply praise God for his mercy and goodness – BACA thank them for allowing us to be a part of their lives.”