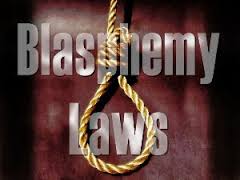 London: January 30, 2015 (PCP) The International Humanist and Ethical Union (IHEU) is today among the founding partners heading a new, unified campaign for the abolition of “blasphemy” laws worldwide.

The End Blasphemy Laws campaign is being run by a new International Coalition Against Blasphemy Laws bringing together organizations that share the same goal: campaigning to repeal “blasphemy” and related laws worldwide. The campaign has three strategic goals: Blasphemy out of Europe, out of “western” states: We want to see the remaining laws against blasphemy and religious insult in Europe, Canada, and New Zealand repealed. Despite the clear international human rights consensus against blasphemy laws, there is an obvious double-standard at work when, for example, the European Union has taken a clear stand against blasphemy laws internationally, but some of its Members States cling on to existing anti-“blasphemy” legislation. It must be abolished, and although there’s no reason in principle that western states must repeal such laws first, there is a clear historical direction of travel, and in abolishing “blasphemy” in Europe and the “west”, promoting the international human rights consensus against “blasphemy” laws will become significantly more achievable. Defending and promoting the international human rights consensus against “blasphemy” laws: We want to increase understanding of the already-agreed international human rights treaties and other instruments among the public, and lawmakers themselves. We are calling on international bodies and world leaders to look on “blasphemy” laws as they might look on laws restricting press freedom: as a clear restriction on free expression and an indicator of wider social harm. A mutually supporting and robust international network: We want to see all advocates for freedom of expression against “blasphemy” laws around the world networked together, supporting each other, including secular, religious and human rights groups, human rights lawyers, and progressive lawmakers. Part of the problem of opposing “blasphemy” laws is that precisely where restrictions are most severe, advocates for free expression face the biggest challenges in speaking out. In Pakistan, calling for repeal of “blasphemy” laws has been declared “blasphemous”. In Saudi Arabia, for writing about unjust religious institutions, you can be jailed and flogged. In Mauritania, criticising the religious justification of modern slavery has earned a blogger a death sentence. Those of us in the most hard hit parts of the world need the most help. As a coalition we aim to make the most of our shared contacts and memberships to connect and support groups and individuals around the world. There’s more about how the campaign will operate on the website as well as the campaign launch announcement and a growing list of coalition partners. A history with blasphemy IHEU’s work on “blasphemy” laws goes back a long way. IHEU has long-campaigned on the issue at the United Nations, in New York and Geneva. Our delegations have been at the centre of resistance to calls by the Organization of Islamic Cooperation to ban “defamation of religion”. Our Member Organizations have variously resisted and been part of successful campaigns to repeal national “blasphemy” laws for example in the UK and the Netherlands. IHEU’s work around the accusations and exile of Taslima Nasreen, and more recently Raif Badawi in Saudi Arabia, have helped draw attention to the plight of those accused of blasphemy and similar so-called crimes. In addition, the IHEU Freedom of Thought Report has drawn international attention to issues of freedom of thought and expression especially relating to discrimination against the non-religious. A future of unified action IHEU’s Director of Communications Bob Churchill said today, “Last year, IHEU began planning for a joint campaign on “blasphemy” laws with our colleagues at the European Humanist Federation. Then, following the events surrounding the Charlie Hebdo killings and the carrying out of Raif Badawi’s flogging sentence in recent weeks, we brought forward our plans. “Suddenly, the world is waking up to the fact that laws against “blasphemy” lend legitimacy to violence; whether that violence is carried out by gunmen against satirists in Paris, by mobs targeting Christians at the merest breath of a ‘blasphemy’ accusation in Islamabad, or by the state itself jailing and flogging a young writer in Jeddah, for nothing more than writing about secularism and calling for freedom. “Many people and organizations have begun talking once again about the dangers and detriments of “blasphemy” laws, and reiterating calls for their abolition. We felt the time was right to bring forward and renew our efforts, to unite and lead a worldwide campaign. We soon found that other humanist and secular organizations had been similarly galvanized, and this new, huge coalition was born. “The End Blasphemy Laws Campaign is a joint initiative, we are inviting all potential partner organizations to take part in the campaign. In countries with remaining “blasphemy” and “insult to religion” laws there is the most work to be done – but all humanist groups and other organizations can join the rallying cry to End Blasphemy Laws!” The website end-blasphemy-laws.org opens today, and supporters can sign up to an “Action List” for future updates, campaign actions, news alerts and opportunities. The website will function as an ongoing hub for work by all the coalition partners on the subject of “blasphemy” laws around the world.