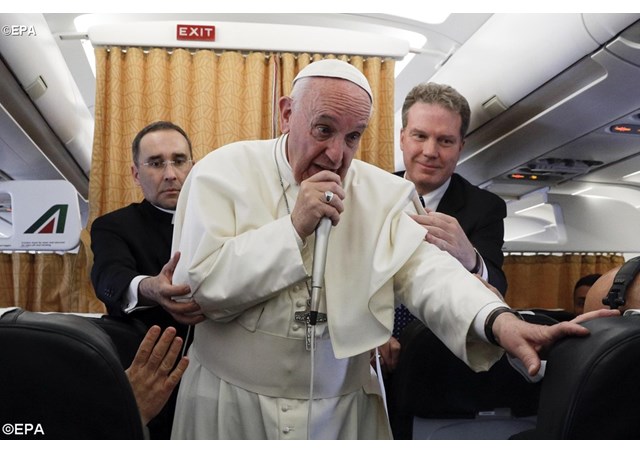 Vatican City: April 30, 2017. (Vatican Radio) Pope Francis on Saturday evening, during his return from Egypt, held his traditional inflight “press conference” with journalists onboard the Papal plane touching on a wide range of issues.